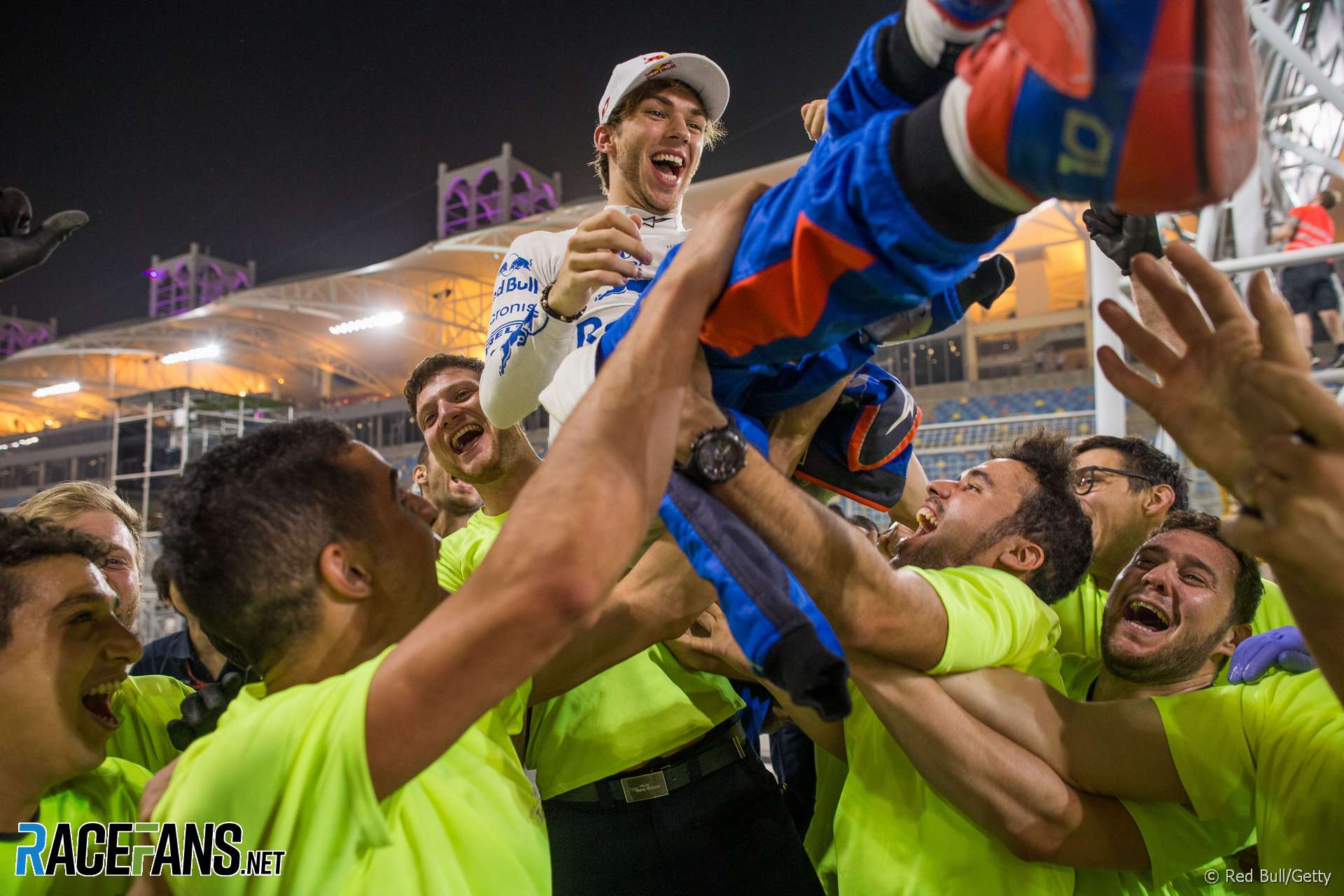 Toro Rosso has always been Red Bull’s ‘kindergarten’ for new drivers, but in 2018 they took on an additional role: testing the Honda power units which the senior team will use for the 2019 F1 season.

Their season wasn’t as bad as the standings convey, but faltering progress with their car combined with reliability problems and a lot of power unit penalties made for a year of highs and lows.

Before the season started some believed the Red Bull family were too optimistic about the potential of the Honda power unit. McLaren had toiled for three years with Honda’s unreliable and uncompetitive engines.

Straight from testing it was clear Honda had made drastic improvement as they completed the most laps since their return to F1, and the most of any team on the final day of testing. Technical director James Key was quick to praise their new partner saying. “There hasn’t been any major issues at all,” he enthused. “Any minor stops we’ve had have been on our side. They’ve just been super-smooth to work with.”

The first round did not deliver on that promise: smoke billowed from the back of Pierre Gasly’s car halfway through the Australian Grand Prix. But two weeks later the story was very different.

Gasly qualified a remarkable fifth in Bahrain and, aided by retirements around him, went one better in the race, shocking the entire paddock including Toro Rosso themselves. It was the team’s best finish of the season and Honda’s best result since they returned to F1 in 2015. “I’m very happy, especially for Honda after the difficulties they had in the past”, remarked team principal Franz Tost – an obvious nod in the direction of McLaren.

The rest of the season lay somewhere between the extremes of the first two races. And while Gasly thrilled the team with that early result, team mate Brendon Hartley was on the back foot from the start.

Hartley scored his first point in Baku, but it came after two significant errors. The first came in China when Hartley was told to let Gasly through and the pair collided. Hartley was quick to call the incident, “a bit of miscommunication.” but the team held him responsible.

There was no doubting Hartley was responsible for the terrifying near-miss between him and Gasly in qualifying at Baku. While Hartley was touring in, Gasly appeared behind him on a hot lap and narrowly avoided a huge collision.

Not long afterwards rumours surfaced that Toro Rosso were trying to get McLaren’s Lando Norris into Hartley’s car. This didn’t come to pass, but he was left in the dark over whether the team needed his services for 2019 until the day after the Abu Dhabi Grand Prix.

Both suffered from an excess engine penalties. While Honda still had their share of reliability problems, many of the penalties were tactical, allowing Honda to accelerate the development of their power unit or, later in the year, to test a major update ahead of their home race at Suzuka. This often left the drivers struggling to reach the points or – as happened to Hartley more than once – eliminated in the midfield melee.

Performance upgrades for the rest of the car arrived more slowly, were not always ready for both drivers at the same time or, as in Austria, did not work as planned.

The pair often ran to different strategies, inevitably leading the team to impose orders. But towards the end of the season the drivers’ relationship soured. Hartley, knowing he had to beat Gasly to justiy a 2019 seat, suggested the team had exaggerated how damaged Gasly’s car was in Austin, where he finished behind Hartley.

In Brazil, while running outside the points in the closing stages, the team told Gasly to let Hartley through because the latter was on fresher, softer tyres. “If he’s that much faster then he can overtake me,” replied Gasly. He eventually forced Hartley, who had let Gasly by when ordered to on several previous occasions, to take matters into his own hands.

“I made the overtake on Pierre by charging the battery, getting a mega exit from the last corner, using up some tyres and made a clean overtake,” said Hartley afterwards.

“If the team tells us that we’re racing that’s what I’m going to do but from the team’s point of view when we don’t have spare parts of the new aero kit it really didn’t make sense for us to be fighting. I fully respect that decision that they made and I also wouldn’t be attacking my team mate if I’m told that he’s going to be letting me by in turn four.”

“I’m all for racing but if I’m told that the race isn’t on then I’m not going to go against the team orders and risk damaging the car,” he added. “He didn’t give the same speech about team orders when I’ve let him by many times this year.”

The team was relegated to ninth in the championship late in the season by the rapidly-improved Sauber. Despite Honda’s undoubted improvement compared to their time with McLaren, the Toro Rosso-Honda still wanted for reliability, covering fewer racing laps than any other team on the grid. But the team was successful in its true goal for this season: laying the foundations for Red Bull and Honda in 2019.