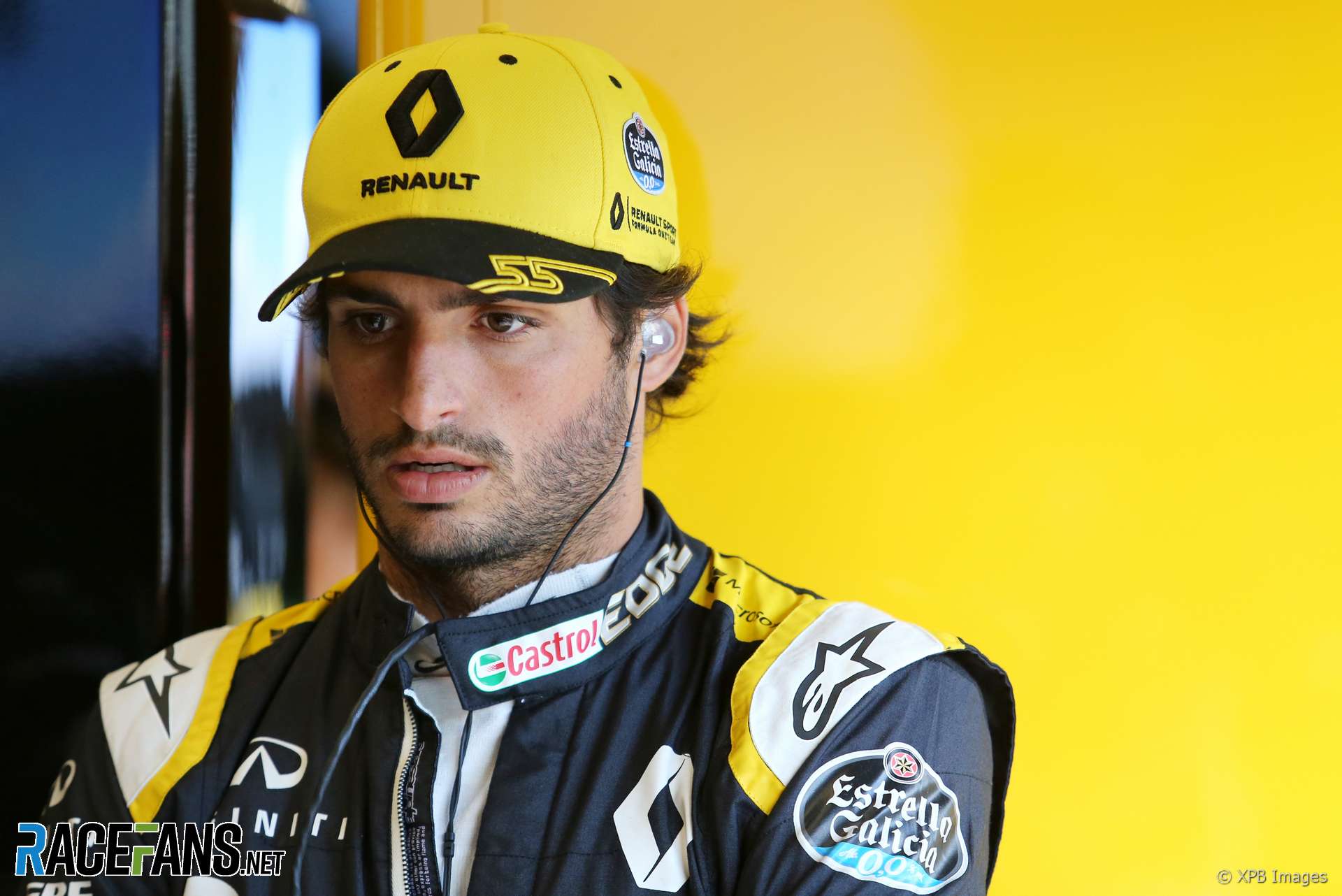 While Carlos Sainz Jnr wasn’t quite able to match his team mate’s points-scoring rate, he gave a good account of himself alongside one of F1’s most highly-rated midfielders.

Sainz may have started and finished behind Nico Hulkenberg in each of the first three races, but he bagged points consistently. Then when Hulkenberg crashed out in Azerbaijan, Sainz scored the team’s result result of the season with fifth (his team mate later matched it).

By his own admission, Sainz wasn’t happy with his qualifying performances in those opening rounds. He raised his game once the European season began.

After out-qualifying Hulkenberg for the first time in Spain (Sainz always goes well at home) he passed Marcus Ericsson brilliantly on his way to fifth.

He didn’t deserve to finish behind Hulkenberg in Monaco, but he scored again, and by France had taken points in seven of the first eight races.

After a point-less lull – partly due to being taken out by Romain Grosjean at Silverstone – Sainz gave Renault their best qualifying result of the season with fifth in Hungary. Unfortunately he was forced wide at turn one and came in ninth – and next time out in Belgium he was eliminated in Q1.

By then it was known that Renault had pounced on their chance to sign Daniel Ricciardo. As they were previously courting Esteban Ocon, it seems unlikely Sainz would have stayed at the team under any circumstances, which doesn’t seem like a fair reflection on the quality of his performances this year.

He underlined that with a hard-fought point at Suzuka, a track which did not suit the car. Sainz signed off with a ‘best-of-the-rest’ finish in Abu Dhabi, after Hulkenberg went out in a first-lap crash. This was a respectable season for Sainz, but he’ll have to start over from scratch again at McLaren next year.

He more or less held his own, but all in all he was worse than Hulkenberg.
@Arobbo

What’s your verdict on Carlos Sainz Jnr’s 2018 season? Which drivers do you feel he performed better or worse than? Have your say in the comments.