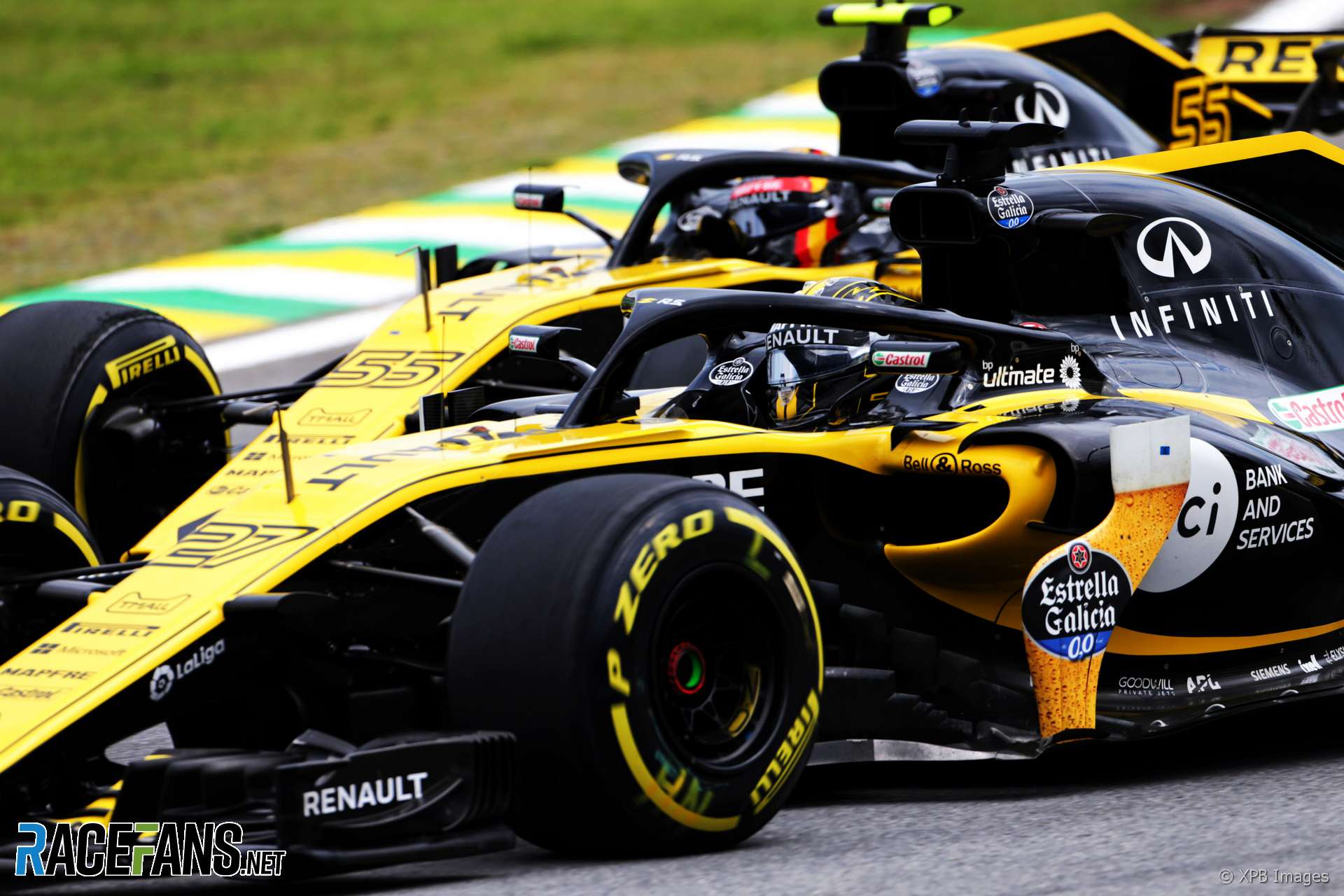 The intra-team battle at Renault this year was a tasty one, featuring two drivers who destroyed their previous team mates to the point that they lost their seats.

Nico Hulkenberg thrashed Jolyon Palmer who was elbowed aside late in the year in favour of Carlos Sainz Jnr. And the latter’s scoreline against Daniil Kvyat at Toro Rosso had been arguably even more impressive, and Kvyat too found himself surplus to requirements (albeit, as it turned out, only temporarily).

The result was intriguing but, sadly, short-lived: Daniel Ricciardo’s arrival at the team means Sainz is moving on after just one full season.

While superficially Sainz lost to Hulkenberg and was dropped, the reality of the situation is more complex. Not least because Sainz was on loan to Renault from Red Bull, and therefore not necessarily a shoo-in for a 2019 drive.

Renault is ramping up its operation to get to ‘fighting weight’ and it wasn’t until the European season began that Sainz’s team was assembled around him in its intended form. That coincided with an upswing in his performance: having been shown the way by Hulkenberg in the opening fly-away races, Sainz had a strong home race (as he often does) and carried that momentum into the following rounds.

It was only at the final races that Hulkenberg restored his supremacy, by which point it was long known that Sainz will be a McLaren driver in 2019.

In the final reckoning Hulkenberg had a clear edge on Sainz, particularly on one-lap pace, which has always been a strength. But Sainz contributed a respectable chunk of Renault’s points total.

Hulkenberg has long been considered by many a top midfield talent worthy of a place in a top team. The arrival of a multiple race-winner next year, as Renault sets its sights on catching the top three, will be the biggest test of his credentials so far.

The table below shows at which races Hulkenberg qualified or finished in front of Sainz:

12 comments on “2018 team mates battles: Hulkenberg vs Sainz at Renault”