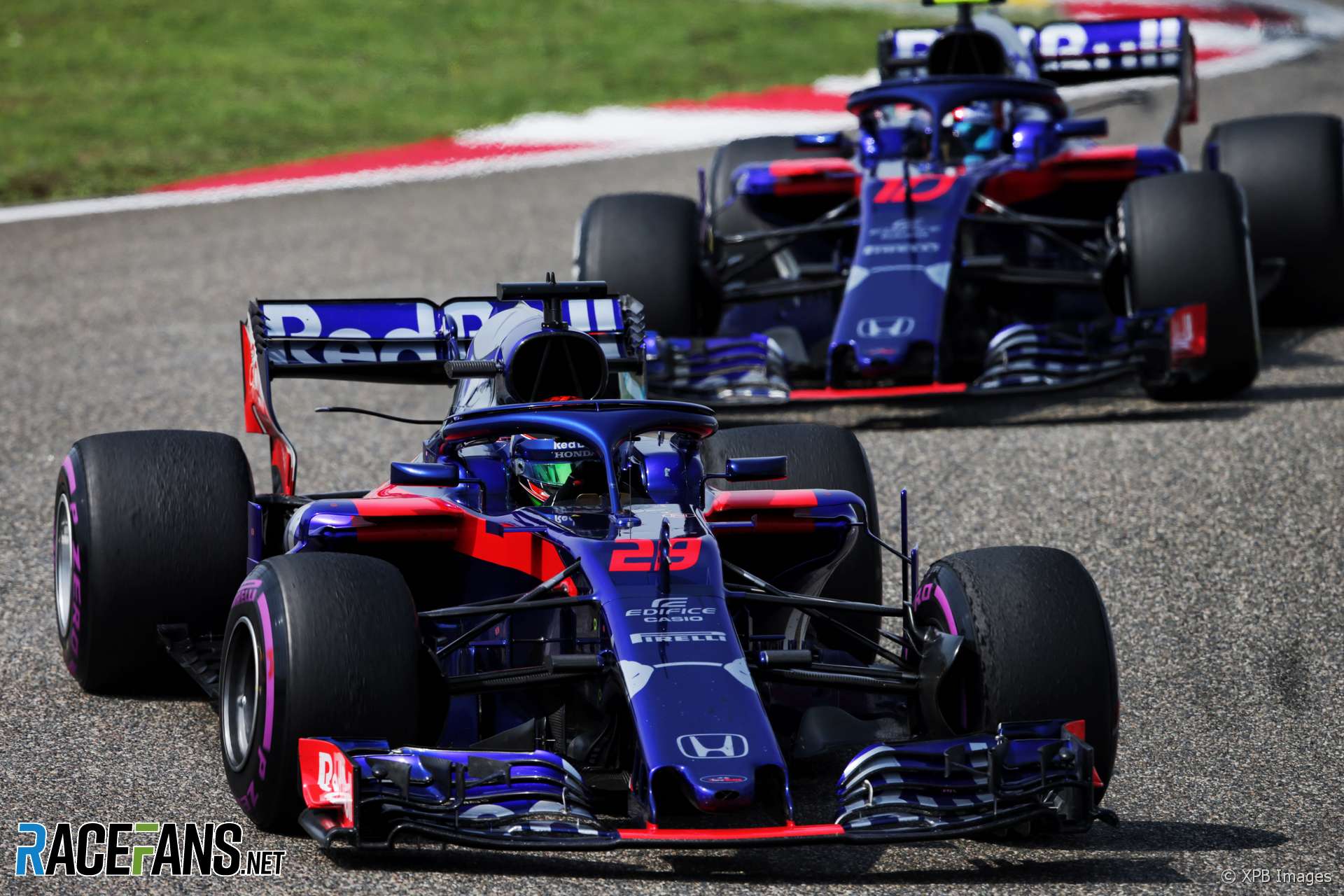 Brendon Hartley was told he had to do one thing to secure his place in Formula 1 next year: Beat Pierre Gasly. He’s lost his place at the team for next year, so does that mean he failed?

Mercedes provoked uproar when they imposed team orders on their drivers during the Russian Grand Prix. But for Toro Rosso, instructing their drivers to change position almost became routine.

This was despite a notable cock-up in China, where Gasly ran into the back of Hartley while his team mate was supposed to be letting him through. Gasly maintained the team sided with him over the collision, claiming Hartley let him by at the wrong point on the track. Hartley had many more chances to practice letting Gasly through as the season went on.

It became a bitter point of dispute in the final races as Hartley desperately tried to cling to his seat. Gasly let him by when ordered to in Austin, but afterwards the pair rowed over whether Hartley had only beaten Gasly because the latter’s car was damaged. “Despite what it says in the press release there was nothing wrong with the other car in the race,” said Hartley.

The next time Gasly was asked to let Hartley through, in Brazil, he refused for lap after lap. Afterwards Gasly insisted, fatuously, that Hartley should have overtaken him if his car was quicker. China surely demonstrated the importance of choreographing such moves.

But at this point in the season the writing appeared to be on the wall for Hartley anyway. His one-lap performance was better than the qualifying score-line made out, but it was in the races that Gasly pressed home his advantage.

In Bahrain the team hit a set-up sweet spot and Gasly capitalised brilliantly on a spate of retirements ahead to score fourth place. At the time it looked like a sign of things to come, but the team’s performances since then served to underline how well Gasly had done.

Hartley grabbed his first point in Baku, though only after Gasly was hit by Kevin Magnussen at a restart. It took Hartley until round 11, Germany, to follow up that 10th place with another. But even then at the very next race Gasly delivered another excellent result with sixth, opening a wide points margin between the pair.

While Hartley undoubtedly had raised his game by the end of the year, it wasn’t enough to overturn a punishing defeat to Gasly on the championship scoreboard.

Whether he was far enough away to deserve the boot while the team brings back Daniil Kvyat, whom Carlos Sainz Jnr beat by an even wider margin last year, is a debatable point.

The table below shows at which races Gasly qualified or finished in front of Hartley: