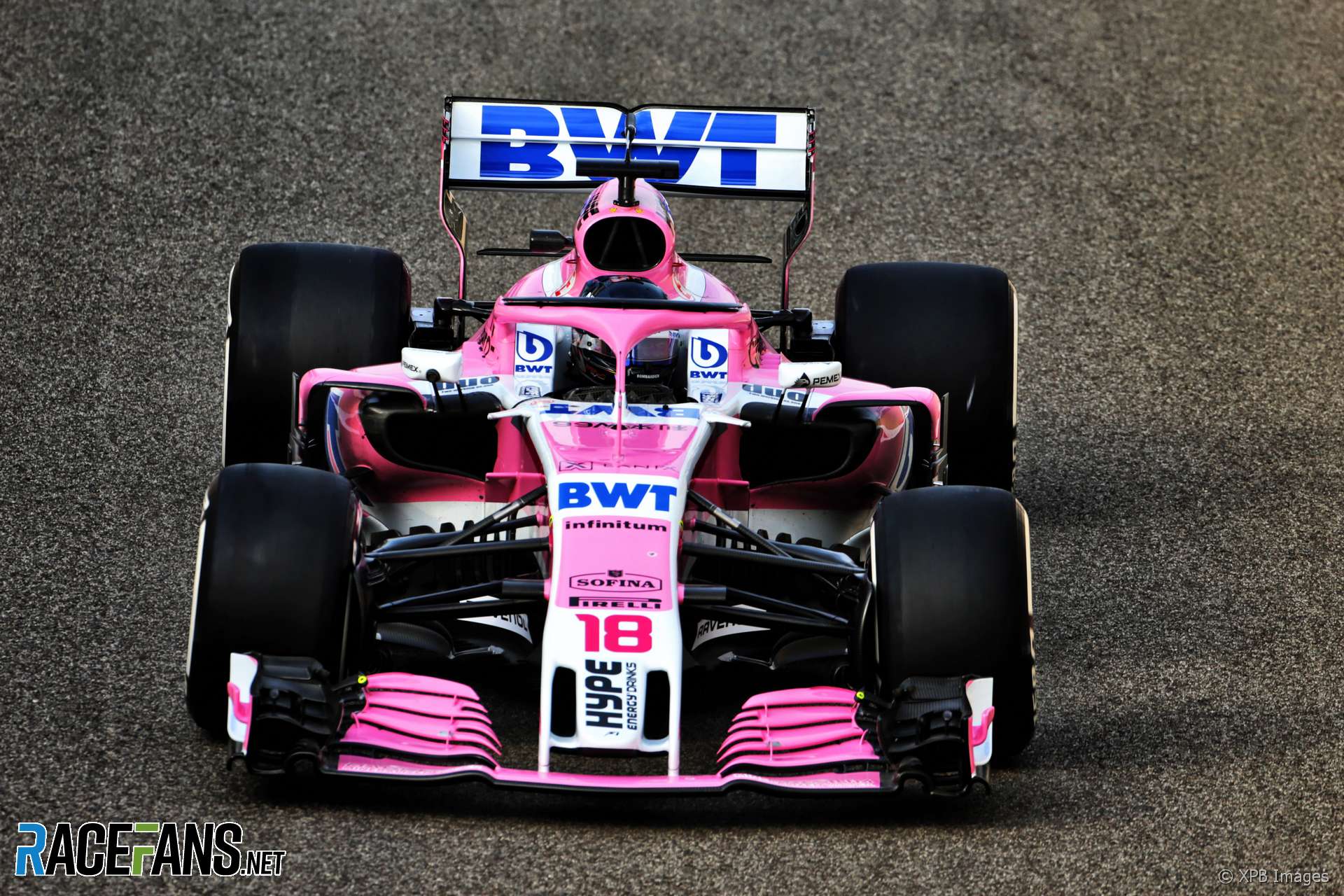 The Force India name does not appear on the entry list for the 2019 F1 season. The official list of entrants for next season published by the FIA now refers to the team only as Racing Point.

Racing Point UK Limited took over the team’s assets in August after the previous entrant, Sahara Force India, went into administration. However the team continued to enter its cars under the chassis name Force India.

Next year, however, the cars will be officially known as Racing Point chassis.

It is unclear whether unanimous approval for the change has been granted. One team principal told RaceFans they had not seen any change submitted or been asked to approve one.

The entry list also confirms all bar one of the driver numbers for next season. New McLaren driver Lando Norris will take over the number four which was previously used by Max Chilton. Williams drivers George Russell and Robert Kubica will use 63 and 88 respectively, while Antonio Giovinazzi will take 99.

Toro Rosso newcomers Alexander Albon is the only driver yet to confirm his choice of number.