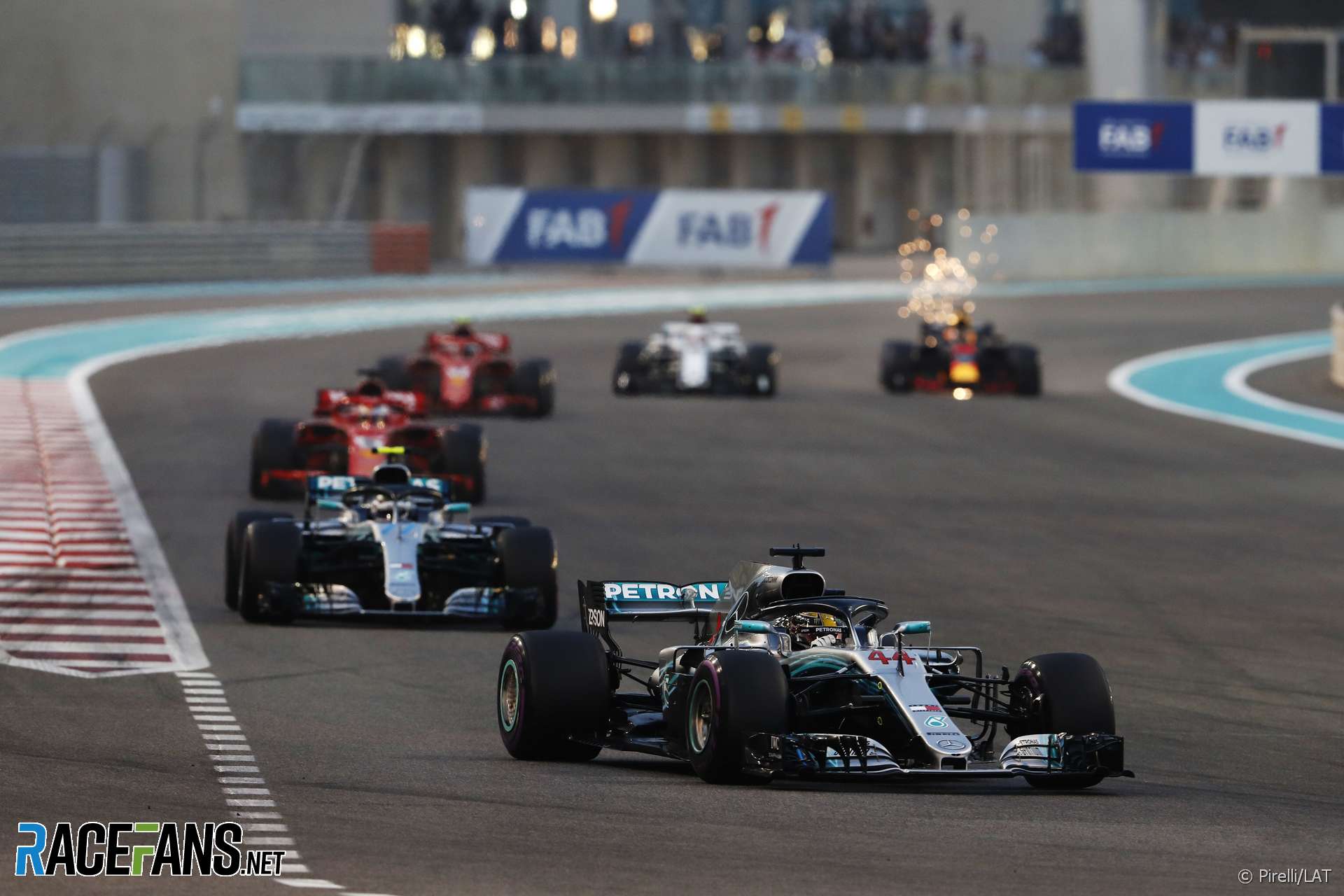 Lewis Hamilton, Charles Leclerc and Pierre Gasly were out final star drivers of 2018 in the Abu Dhabi Grand Prix – here’s why.

Hamilton produced a stunning lap in Q2, and although his first Q3 lap was messy it was still quicker than the rest. He underlined a strong performance by taking pole out-qualifying his team mate by a tenth and Vettel by three tenths. In the race, he made a good start and was never under pressure from Bottas during his short first stint.

He was the only front-runner to pit under the Virtual Safety Car with 48 laps to go. He ended up behind the Red Bulls, showing good presence of mind not to stay in front of Verstappen having passed him on the way out of the pits. Mercedes were confident he could make his supersofts last to the end of the race and he did, with enough life in them at the end of the race to match Vettel’s pace as the Ferrari driver tried to make a late charge.

Leclerc left Ericsson behind as he reached Q3, and missed out on bring ‘best of the rest’ by 0.045s. He took advantage of a slow-starting Verstappen and dived down the inside of Grosjean to be sixth after the first corner. On the second straight he managed to get by Ricciardo just before the Safety Car was deployed on lap one.

After the restart Leclerc pressured Raikkonen until his engine failed on the main straight seven laps in. Subsequently the VSC was deployed and Sauber opted to make a Hamilton-style early switch to super-softs. This sacrificed their track position and Leclerc struggled to make his way back through the field after running fourth. He worked his way up to seventh but was unable to challenge Sainz for sixth, the Renault driver having the benefit of starting on fresh rubber.

Gasly was six-tenths up on his personal best in Q1 when his engine failed as he exited the final corner and he was consequently eliminated. Fortunately he avoided taking any penalties and started 17th. He took advantage of chaos ahead and was running thirteenth when the Safety Car was deployed. He did a long first stint on supersofts and stopped on lap 29 for ultras.

He came out of the pits in 16th but had climbed his way into the points when his engine failed on lap 46. He treated Verstappen to a smoke screen but probably wouldn’t have done if his team had been quicker on the radio.

Magnussen was over a second slower than his team mate, Grosjean, who proved Haas had the pace to be at the front of the midfield. Taking advantage of free tyre choice, Magnussen started on super-softs and was the last driver to pit, staying out until lap 41. He switched to fresh ultra-softs for the final 13 laps and finished 10th thanks to Gasly’s last retirement, a position which flattered his speed compared to Grosjean, whose car was damaged on the first lap.

Bottas lost out to his team mate by a tenth in qualifying and was unable to challenge him off the line into turn one. For the rest of his first stint he maintained position and inherited the lead for nine laps when Hamilton pitted. During his second stint he struggled to maintain his tyres and locked up twice which brought him under attack from Vettel and Verstappen. Once he lost out to both of them he made a second stop since he wouldn’t lose any positions. He finished a distant fifth, nowhere near the rest of the front-runners, and ruing a tough end to a season which started so promisingly.

Ferrari lagged behind Mercedes for the majority of the weekend and in qualifying they locked out the second row. Raikkonen was forced out on lap seven with an electrical problem and Vettel was never able to challenge for the lead despite pressuring Bottas into a mistake to take second.

Ricciardo had the edge in qualifying and the first stint after Verstappen;’s engine went into anti-stall and dropped him to tenth. Red Bull chose to split their tyre strategies and Verstappen came in first since he started on the softer hypersofts. Ricciardo stopped sixteen laps later despite being ahead in the first stint and was unable to get close to Verstappen despite much fresher tyres.

Grosjean qualified well but had a poor start and made contact with Hulkenberg on the first lap which sent the Renault driver rolling into the wall and out of the race. For once the Haas driver was blameless.

Hartley was caught in the debris and suffered a slow puncture. He went the rest of the race on one set of super-softs which meant he couldn’t ever push as much as he would have liked to. Grosjean gambled on the VSC and lost out due to track position which ruined his race but he still picked up points in ninth.

Sainz finished best of the rest despite a poor qualifying performance. He went long in his first stint on supersofts which meant he faced as little traffic as possible. Like Sainz, Perez started outside the top ten and was able to capitalize on his ability to choose his starting tyre. He stopped on lap 26 to trade ultrasofts for supersofts and easily finished eighth.

Ericsson and Ocon suffered mechanical failures in their last races for their respective teams. Alonso finished just outside the points in 11th after outqualifying his team mate, Vandoorne, for the 21st time this season.

Williams were once again the slowest car in the field but were fighting with some of the midfield teams at times since both drivers went long in the first stint.