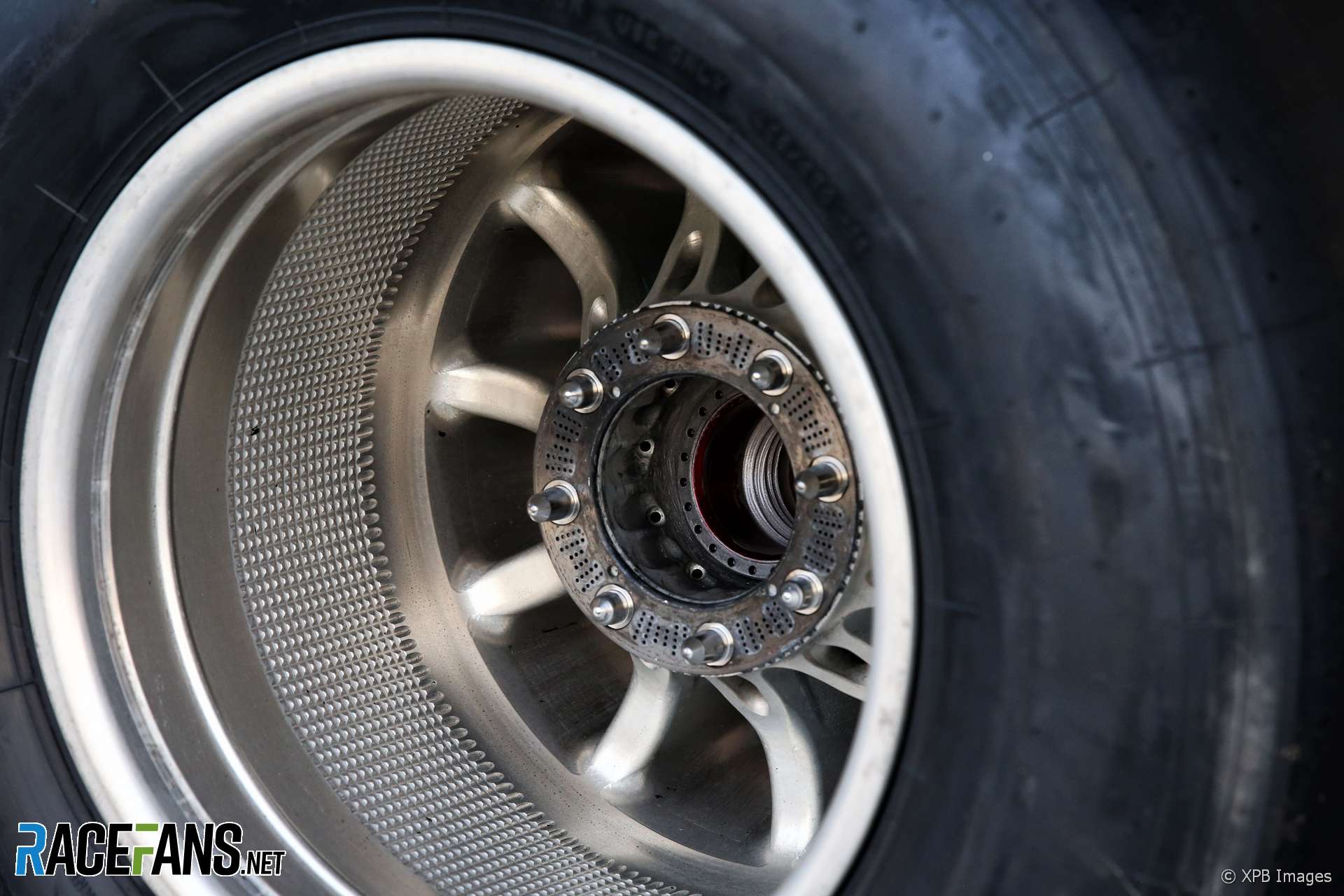 Mercedes did not run its controversial rear wheel design in the last three races because it wanted to secure the points it needed to deliver the championships without the threat of a protest.

The design, which features ‘spacers’ within the wheel, was removed from the car at the United States Grand Prix because the team feared a protest from rivals Ferrari over their legality.

Mercedes successfully lobbied the stewards at the Mexican Grand Prix to rule the design was legal. Even so they chose not to run it at that race or in last weekend’s Brazilian Grand Prix.

Team principal Toto Wolff said that given the situation in the championships they did not want to risk the threat of disqualification from multiple races if they had used the design.

“We didn’t want to leave any variable in the championship where we had to just drive it home,” he said. Prior to the United States Grand Prix, with four races remaining, Lewis Hamilton needed 33 points from a possible 100 to secure the drivers’ title and the team needed 78 from a possible 172 to take the constructors’ championship.

“We didn’t want to have a protest with a possible quad-ruling weeks down the line, when we deem these spacers not to be fundamentally responsible for performance,” said Wolff.

“And I can assure that you that our assessment is that the problems that we had these three races were not linked to the spacers. It’s a more overall concept.”

While the disappearance of the ‘spacer’ wheels coincided with Mercedes experiencing greater tyre management problems, Wolff pointed out other teams suffered the same in Brazil.

“Many of the other cars: Sebastian [Vettel] was struggling tremendously on these other tyres today. Kimi [Raikkonen] was a little bit better but not much. Red Bull is the only team that is looking strong in the race but they are looking weak in qualifying, so it’s maybe a compromise that they have achieved.”

FIA race director Charlie Whiting said the ruling from Mexico means the matter is “settled” in the eyes of the sport’s governing body.

“It’s just a technical opinion that we’ve given and we will continue to use that opinion in any similar cases. But in the meantime I imagine we will, once the dust has settled on this season, we’ll attempt to do something in the {Technical Working Group] about it.”