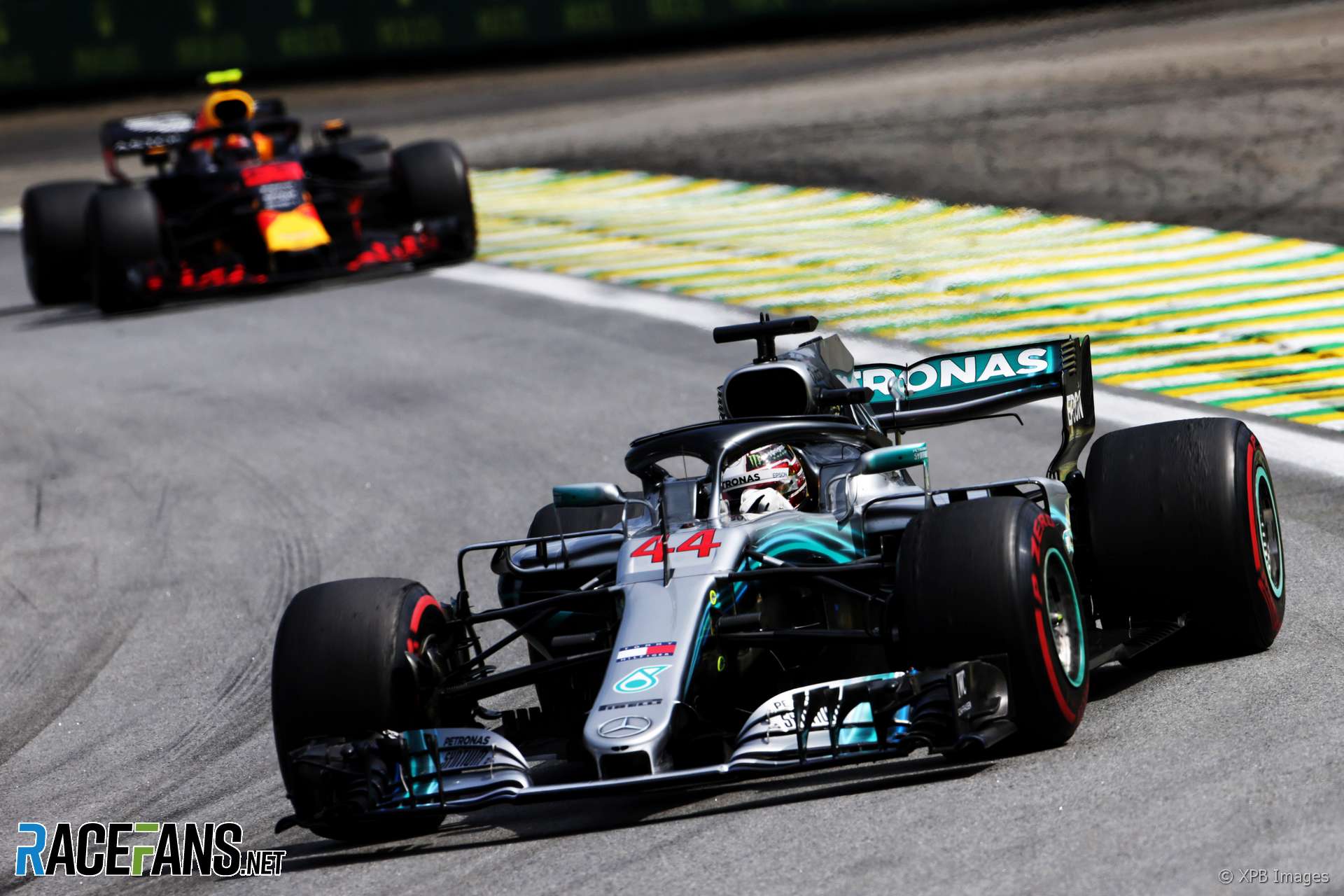 Lewis Hamilton revealed he was shouting in his car during the last 10 laps of the Brazilian Grand Prix as he feared a possible engine failure.

Mercedes discovered there was an “imminent” risk of power unit failure on his car during the race. Hamilton said he sensed something what wrong with his car.

“I could feel it,” he said. “Obviously I’ve been driving this engine since the beginning so I know pretty much everything there is to know about the engine and how it feels. Pretty much every note of the engine I know like the back of my hand.”

Hamilton said he had to not let the concern about his power unit distract him from driving.

“It was OK at the beginning but then I started to feel it not operating as usual in its usual harmony. For me, I can’t allow any negative or worrying thought get into my mind, so I just stay focused, I do a bit more lift-and-coasting, try to do a little bit less full throttle load even part-throttle of the load to make sure that you just go as easy as can on the engine whilst doing the job.”

Mercedes told Hamilton to make a series of settings changes to keep his power unit running. “There was a lot of great work that went on in the background with the engineers here and back in the UK who were really working on understanding what they’re going to turn down and tweak.

“They threw a lot of balls at me whilst I was juggling all the other stuff. So there’ll be switch change, you do a default setting so you go one switch and you go plus, plus, plus, and you go to another switch and go down, down, down. Juggling that and they just kept throwing them at me.”

Hamilton was under pressure from Max Verstappen in the final laps of the race but held on to score his 10th win of the season and clinch the constructors’ championship for Mercedes.

“I’m really grateful that the engine’s finished,” he said. “For the last 10 laps I was just talking, shouting in the car like ‘come on, come on you can do it baby, you can do it, keep it together.’ Just willing on the car.

“You can just never imagine how crazy that feeling is in the car. My heart rate must have been above 190 those last 10 laps I was flat-chat trying to hold onto the car. I was already struggling with the tyres to keep the Red Bull, which was much quicker, behind and not let him get into the DRS.

“I felt awesome at the end when I managed to pull it cross in the car didn’t fail and I just felt so elated and just so grateful.”