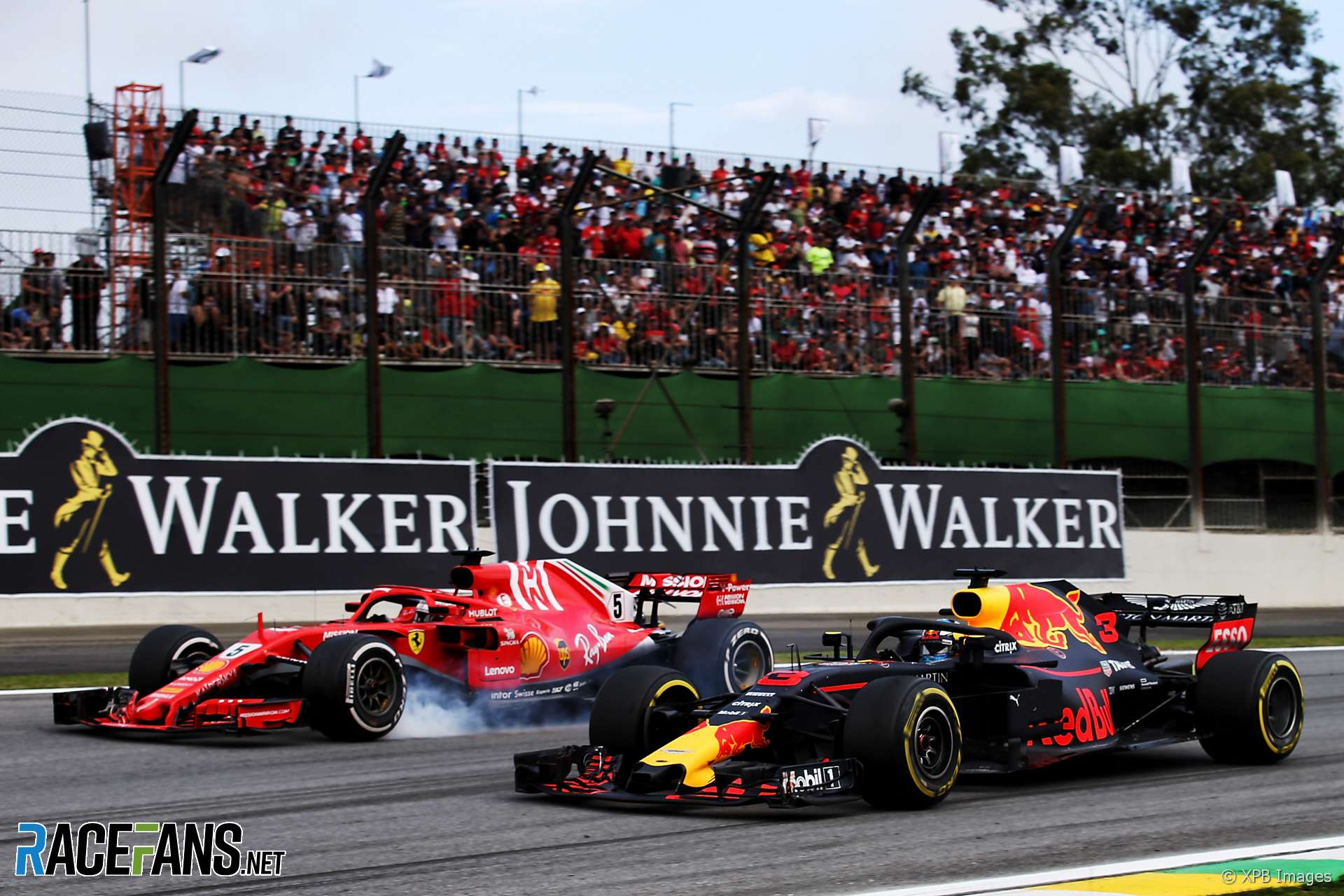 Sebastian Vettel’s race was compromised by a sensor problem and a strategic gamble which didn’t pay off.

Ferrari team principal Maurizio Arrivabene revealed a sensor problem was detected on Vettel’s car before the race began which compromised his pace.

“Right from the formation lap, we became aware of a problem with a sensor on Seb’s car,” he said. “This meant that for the whole race he had to run different settings to those we would have normally used and that made the car difficult to drive.”

Vettel slipped to sixth place and was told to let team mate Kimi Raikkonen past at one stage in the race.

Both Ferrari drivers started the race on soft tyres which were expected to give them an advantage over their rivals on super-softs. But it didn’t turn out that was, as Vettel admitted.

“I don’t think it was an advantage today to start with the tyres that we had,” said Vettel. “We thought it was, it turned out not to be the case.

“[We] struggled to get the tyres to work properly and [were] sliding quite a bit so not a good race.”

Ferrari expected Mercedes and Red Bull would not be as competitive on their softer rubber.

“I thought [our tyres] were OK straight away but they were just not fast enough in comparison,” he said. “The super-soft didn’t struggle enough, let’s put it that way.

“You could see that they had maybe two or three laps where they would get some pain, where I thought now we are quids in. After that, they were fast before and fast after that phase.

“The super soft was fast, faster arguably, and they lasted also long enough. I don’t think before the race anybody thought that super-soft/soft strategy was feasible but it was actually not a problem.”