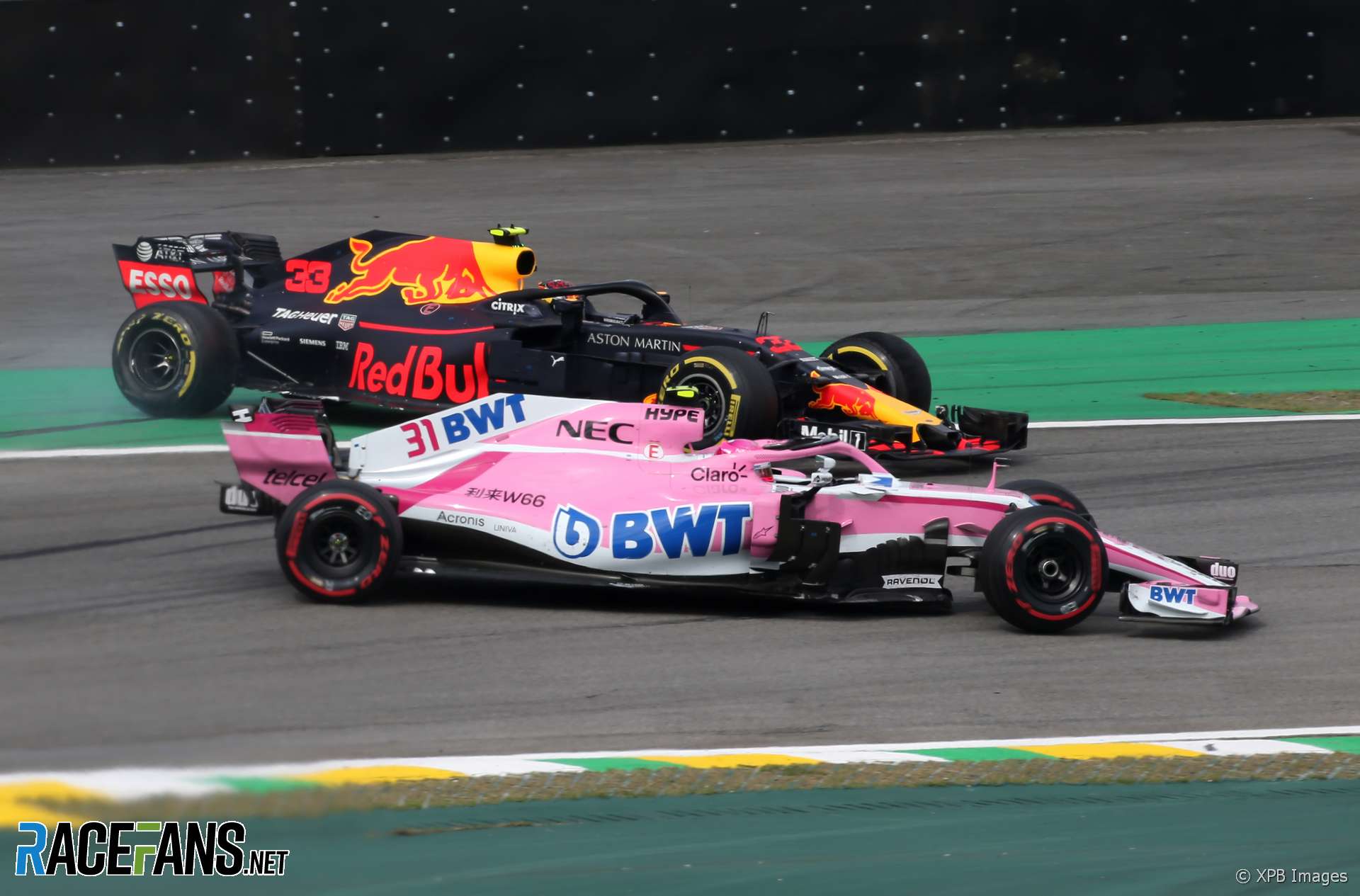 Ocon was given a 10-second stop-go penalty after he knocked the race leader into a spin at turn two during the race. Ocon was a lap behind Verstappen at the time and trying to un-lap himself.

Whiting confirmed Ocon was allowed to do so but. “He’s absolutely allowed to un-lap himself. That’s clear. It’s happened many times in the past.”

However according to Whiting drivers must overtake cleanly and without fighting for position when trying to regain a lap from another car.

“Of course you would expect it to be done safely. But more to the point it should be done cleanly and absolutely without fighting. He shouldn’t be fighting to get past.

“If he’s got the pace then normally one would expect Red Bull to say ‘Ocon’s got the pace, just let him through’, that sort of thing. But it seemed that he just went for it and it was a bit unfortunate that he decided to fight for it which was wholly unacceptable.”

Whiting, who can refer incidents to the stewards but does not rule on them, says it should have made no difference to Ocon’s penalty that Verstappen happened to be the race leader.

“I don’t think it makes any difference that he was a leader. It makes it worse in a lot of people’s eyes but as far as the stewards are concerned that doesn’t matter.”

57 comments on “Ocon shouldn’t have been “fighting” Verstappen – Whiting”