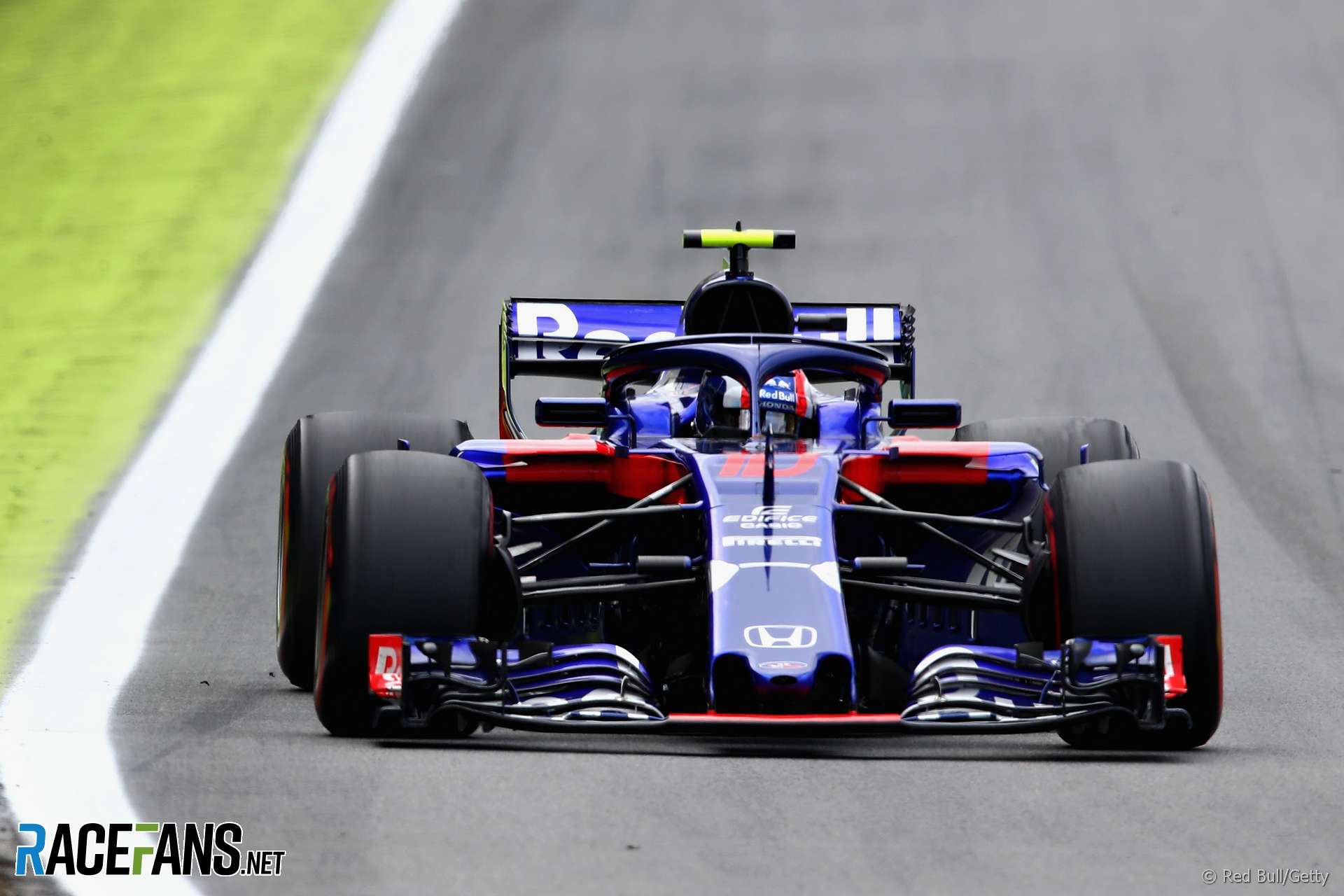 Pierre Gasly said he ignored Toro Rosso’s orders for him to let Brendon Hartley past because there was “nothing to play for” in the race.

Gasly was told repeatedly in the closing stages of the race to let Hartley through, for a period of approximately eight laps. The pair eventually swapped positions with two laps to go.

Hartely claimed he had to put a move on his team mate to get by, but according to Gasly he did eventually follow the instruction to cede position.

“I had to do it two laps to the end because I was running out of fuel,” he said. “I didn’t have any fuel left for the end of the race I was just cruising the two last laps.”

Toro Rosso should have let the two drivers race because they weren’t running inside the top 10, said Gasly.

“I just think if you are in this position you should race. Plus he was on new super-soft tyres, I was dying with my mediums.

“I just told them OK, if he is faster he can overtake me but for some reasons I don’t know he didn’t do it for 10 laps. But then after we were in such critical situation with the fuel that in the end I did it two laps to go.”

Hartley said he didn’t try to force his way past Gasly because the team told him he would be let through.

“I was catching my team mate a great rate of knots and I asked what would happen. So there’s obviously three different answers I’m going to get. We’re racing each other, hold position or he’ll let you by. So I got the call that he would let me by.

“I’m also defending the car behind and trying to look after my tyres. So I didn’t attack, expecting to be let by on four or five occasions which didn’t happen. The rest I don’t know.

“But in the end I made the overtake cleanly, destroying my tyres in the meantime. But nevertheless it didn’t bring a point.”

Nonetheless Hartley, who finished over 20 seconds behind the last of the points-scorers, said he was pleased with his performance.

“I’m really happy with the effort and did the overtake regardless. But P11, it’s a bit frustrating not to finish P10. There wasn’t many retirements today in front of us and. Honestly I’m really proud of this race it’s just annoying not to have a reward for doing a good effort.”