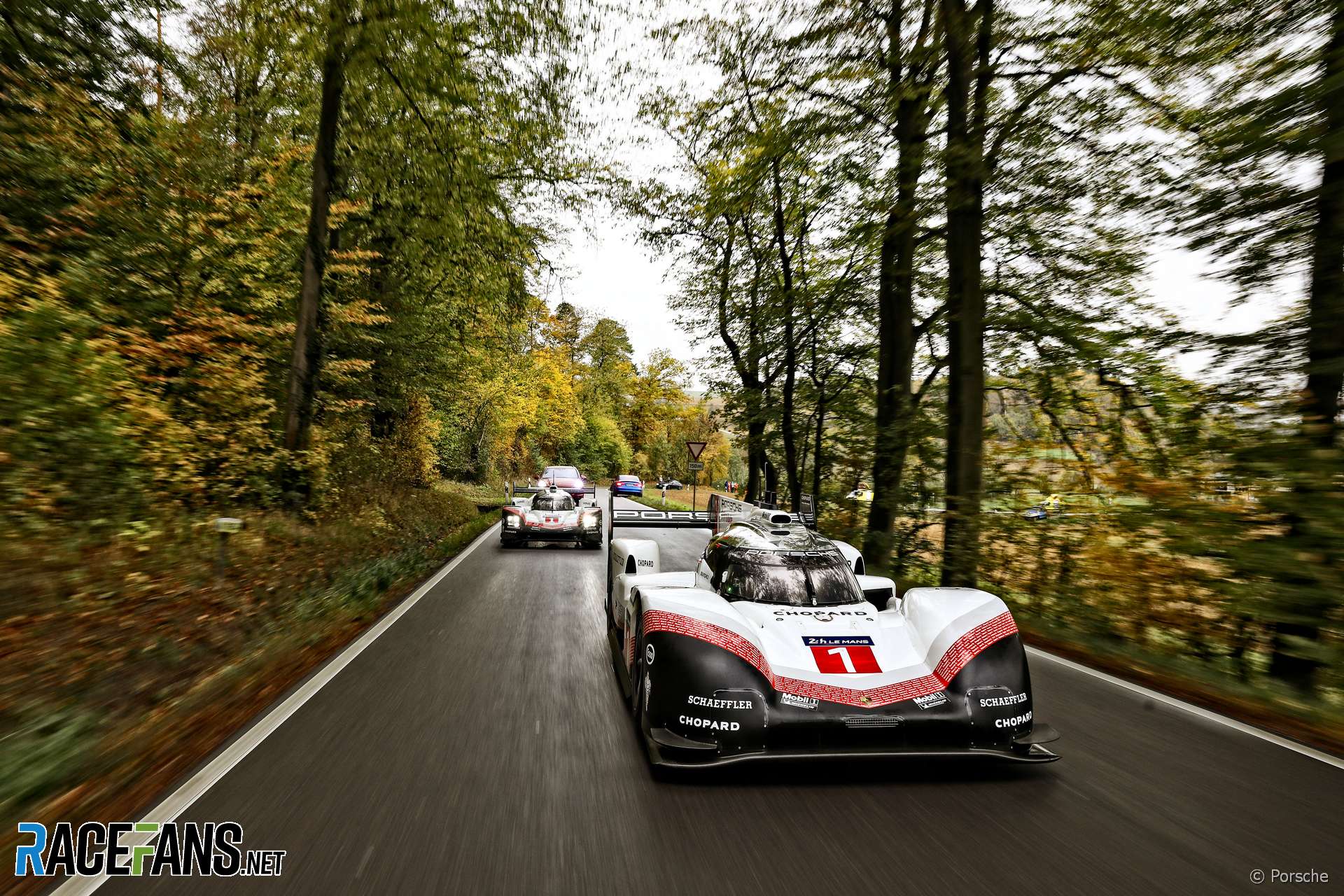 Mark Webber and Marc Lieb took Porsche’s three-times Le Mans 24 Hour-winning Porsche 919 for a final drive to the Porsche Museum in Stuttgart, where they will now be displayed.

Lieb drove the World Endurance Championship-winning model while Webber was at the wheel of the extreme 1,160bhp ‘Evo’ version which Timo Bernhard used to smash the track record for the Nurburgring Nordschleife in June.

“It was kind of crazy but fun to handle the beast in public traffic in Germany,” said Webber. “It’s typical of Porsche to try to manage something cool like this.

“The 919 and the years in the FIA World Endurance Championship mean a lot to me. It was an honour to bring the 919 Evo home now.”

Porsche campaigned developments of the 919 in the WEC between 2014 and 2017. In the latter three seasons the team achieved sweeps of the Le Mans 24 Hours and the WEC constructors’ championship, while its drivers scooped all three drivers’ titles.

2 comments on “Pictures: Webber and Lieb take Porsche’s 919 for its final drive”