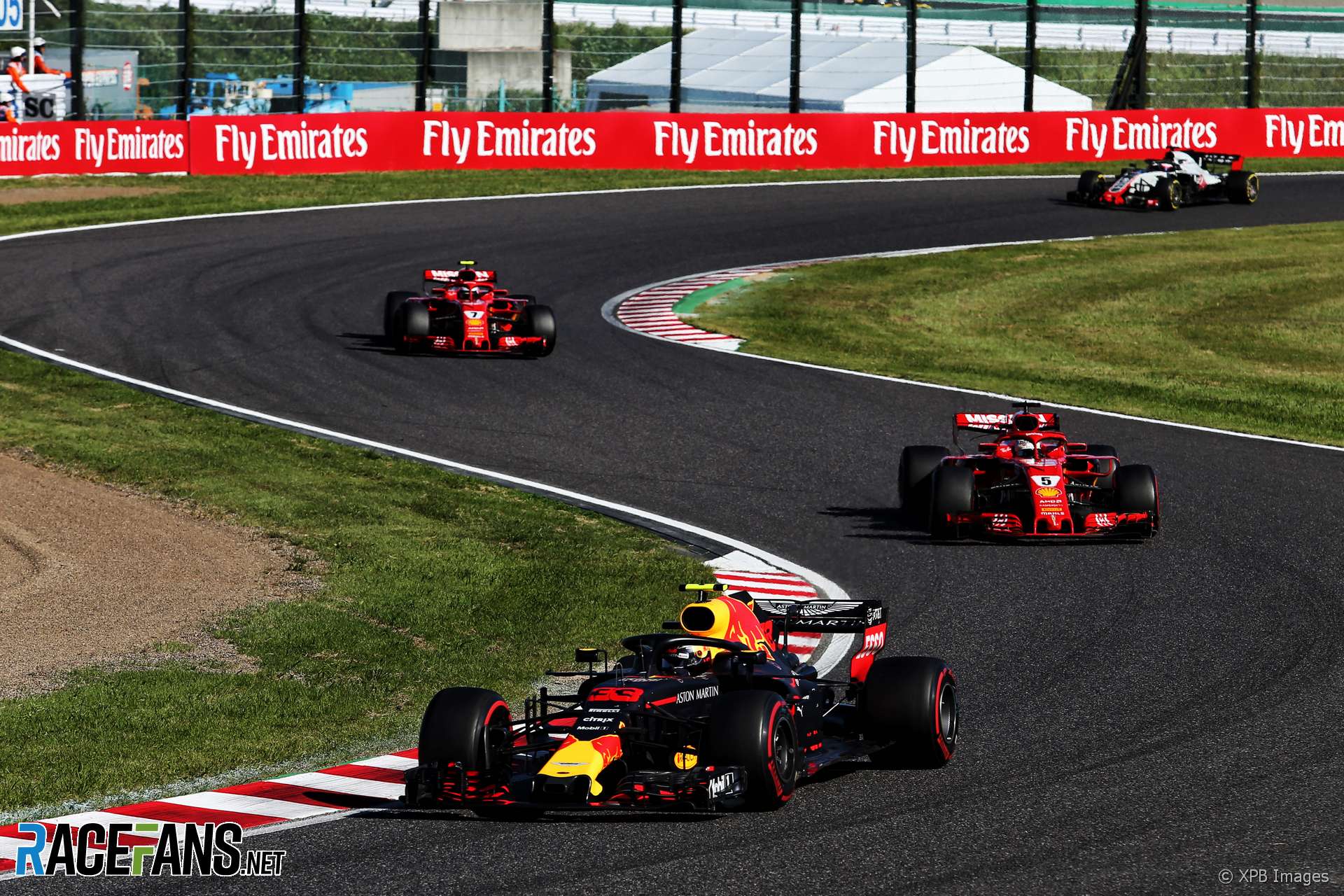 The pair tangled when Vettel tried to dive down the inside of the Red Bull driver at the quick double left-hander. Verstappen said he tried to allow Vettel extra space but giving him any more would have meant driving off the track.

“He had more horsepower than me so of course he arrives faster [at the corner]. But I was braking at the same point and doing exactly the same, even leaving a little bit more space because I could see in the mirror he was diving on the inside.

“I knew it was going to go wrong because that corner as soon as you go on the inside and you try to overtake someone, what should the other person do, run off the track? So I tried to leave him space but of course when you have such a narrow angle into the corner with such high speed you’re always going to understeer.”

Vettel had already overtaken Romain Grosjean heading into the corner earlier in the race, but Verstappen believes the Haas driver backed down.

“All the Ferrari-powered cars moved out of the way for him. But I’m not moving out of the way, we were fighting for position. He did overtake afterwards but all those guys just let him go by and it was way earlier.

“He wanted to go next to me when I was always braking into the corner. And of course he arrives a lot faster because I was clipping and a lot slower. But you can’t pass, especially us, we have the fastest car through the corners, so it’s not possible.”

Vettel said he intended to speak to Verstappen privately about the collision. “I’ll probably speak to him at one point,” said Verstappen. “It’s not really necessary in one way because from my side it was quite clear.”