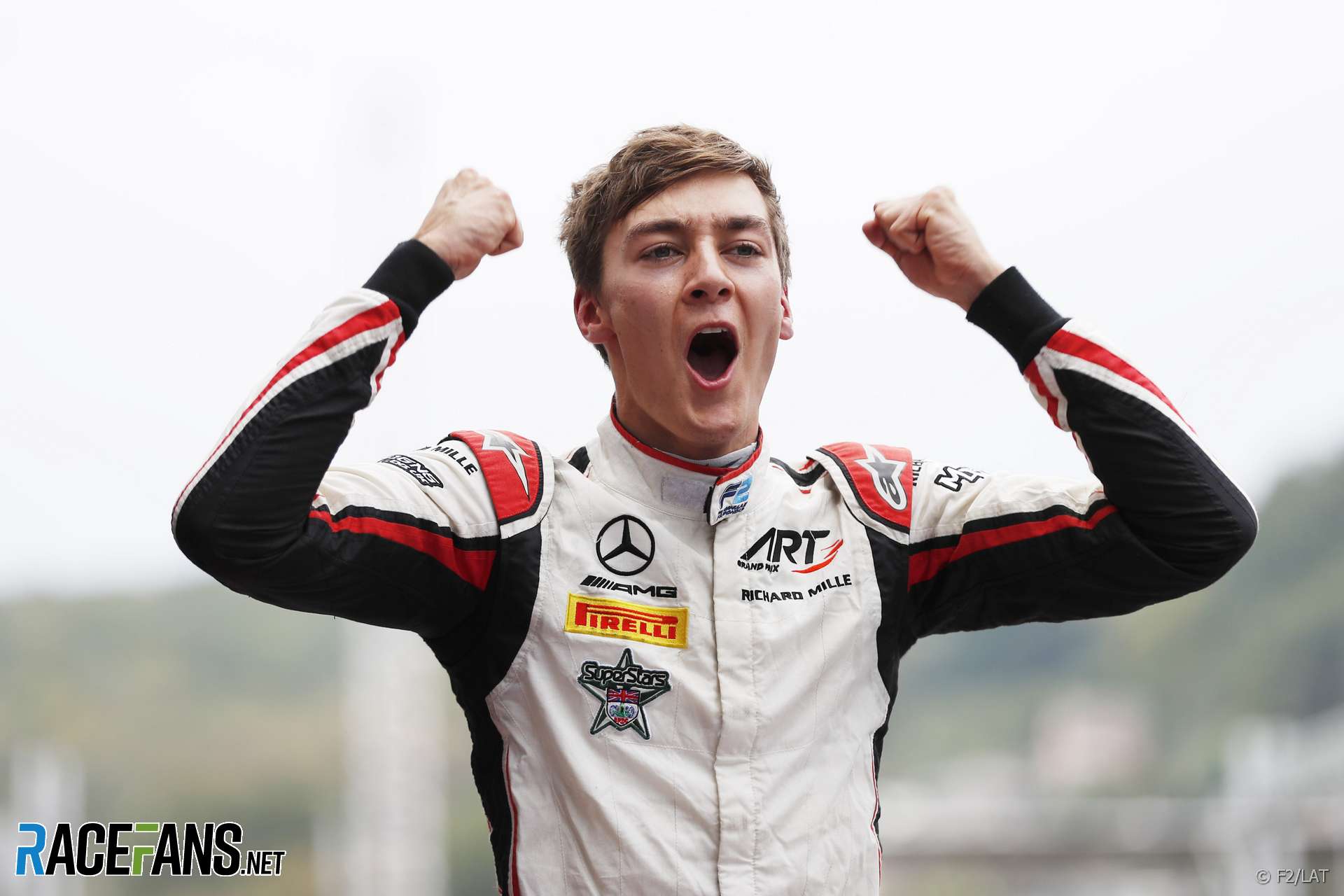 George Russell will make his Formula 1 debut with Williams next year, the team has announced.

RaceFans understands from a source at the team the Mercedes-backed 20-year-old will take the place of Lance Stroll.

Stroll’s father Lawrence invested in Force India earlier this year and he is expected to join his father’s team in 2019.

Russell is the reigning GP3 champion and is leading the Formula Two standings with two races to go. Williams deputy team principal Claire Williams said the team has “always tried to promote and develop young talent and George fits that ethos perfectly.

“He is already highly regarded in the paddock and a driver whose career we have been watching for a while. In the time we have spent with him so far, we believe that he will be a great fit for our team; his commitment, passion and dedication is exactly what we need to drive the positive momentum building at Grove as we focus on the future.”

Williams has hired Russell on a “multi-year” deal. His appointment increases the likelihood fellow Mercedes junior driver Esteban Ocon will be without a seat next year.

RaceFans understands Ocon was unwilling to commit to Williams for more than a single season. He could be in the frame for a promotion to Mercedes at the end of 2019 when the team’s option on Valtteri Bottas comes up for renewal.

Another driver in the frame for the Williams seat was Russell’s F2 rival Artem Markelov. Williams had talks with the Renault test driver but failed to reach a deal. Markelov’s father Valery was arrested in Russia earlier this month over a bribery charge involving Russian Railways, which has funded Artem’s F2 career.

Russell described his opportunity to drive for the former world champions as a “huge honour”.

“Formula One has been a lifelong dream. From watching the races when I was a child, it feels surreal that I will now be lining up on the grid, alongside drivers whom I have admired for years. I would like to thank Claire and everyone at Williams for their faith in making this decision, as well as Toto [Wolff] and the team at Mercedes for their fantastic support throughout GP3 and Formula 2.

“I am incredibly excited to start working with everyone at Grove and to take my first steps as a Formula One race driver. I cannot wait for Melbourne next year and to join Williams at the start of what we all believe will be the start of an exciting new journey.”

Russell will join fellow British racer Lando Norris making his F1 debut next year. He will be the third driver to make his debut for Williams in as many years, following Stroll (2017) and Sergey Sirotkin (2018).