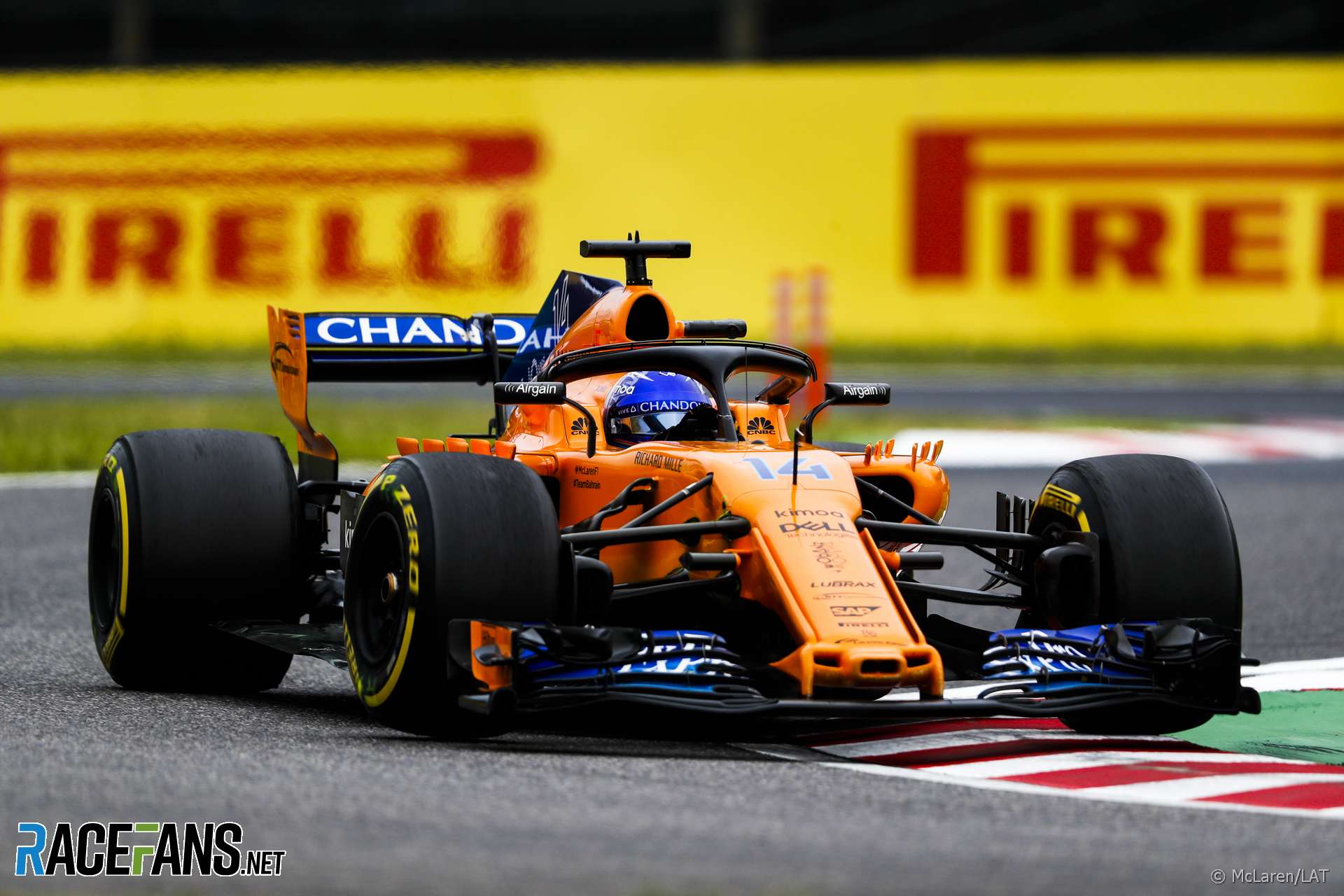 Fernando Alonso launched into an angry tirade against Formula 1 on his radio during the Japanese Grand Prix after being given a five-second time penalty.

But unlike his famous mid-race description of his Honda power unit as being like a “GP2 engine” at the same event four years ago, the McLaren driver’s furious criticism last weekend was largely unheard as it was not broadcast on the world feed.

He was notified of the penalty as he came into the pits. As he left Alonso said on the radio: “Shame on you, Formula 1. Shame on you.”

“Well done. We can push people around,” he added.

FIA race director Charlie Whiting said Alonso could have avoided a penalty by giving the place back to Stroll. Alonso did yield a position after going off the track following another incident with Pierre Gasly.

After the race Alonso said his penalty “shows how bad Formula One is”.

64 comments on ““Shame on you, Formula 1”: Alonso’s unheard mid-race tirade”