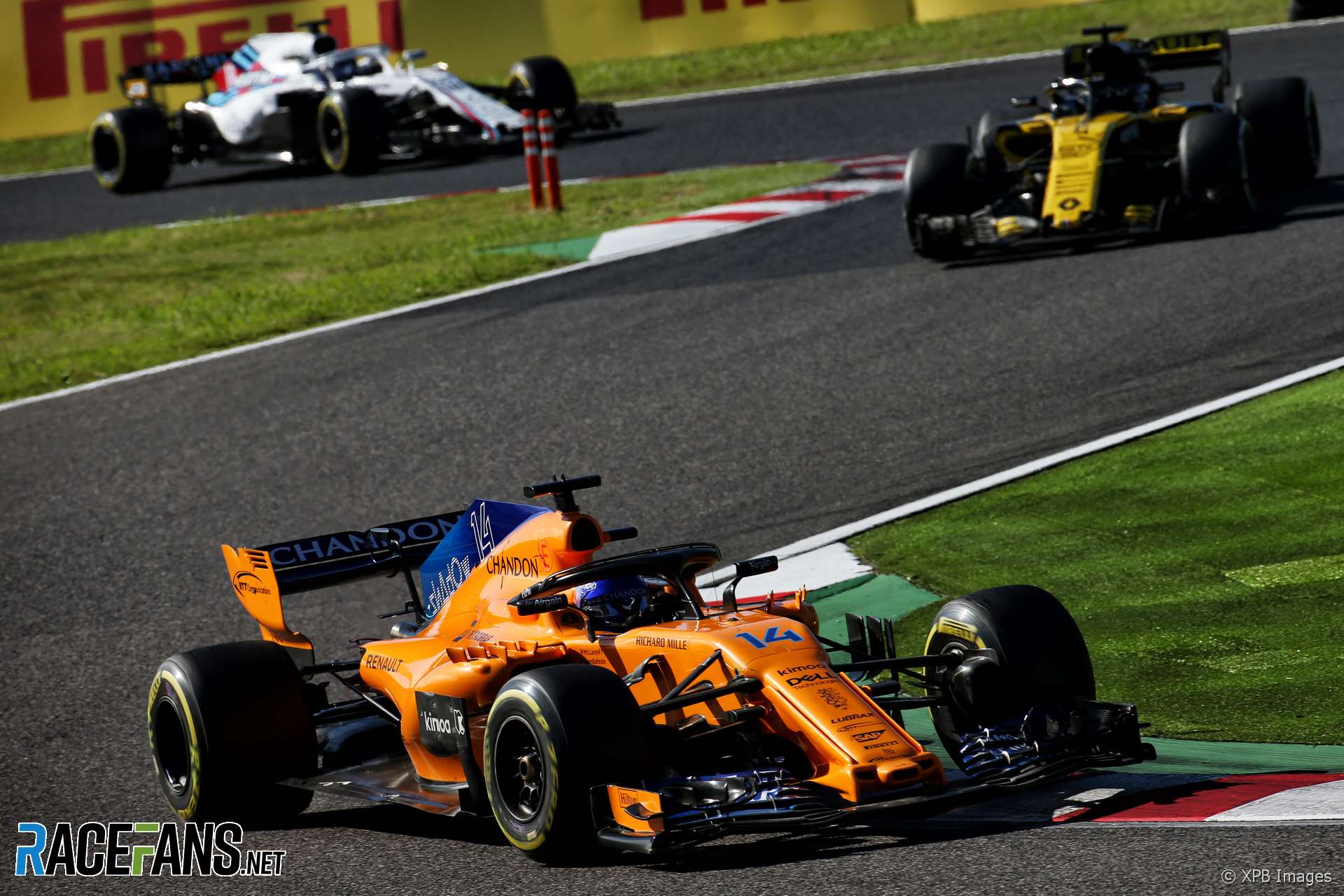 In the round-up: Fernando Alonso says he’s not interested in finishing first among the six drivers not in the top three teams.

The contest for seventh in the championship is very close between Sergio Perez, Kevin Magnussen and Nico Hulkenberg (all on 53 points), Alonso (50) and Esteban Ocon (49). Alonso was asked if winning this would mean anything to him:

No not really. It means nothing to finish seventh in the championship. There is no point to have any plan for that.

My only plan is to finish the constructors’ championship as high as possible with McLaren. We have now a strong position, we have maybe no hopes to catch Renault and Haas but the gap between us and Force India and Sauber is reducing every race because they are very strong now. And we will not let them catch us before Abu Dhabi. That’s my main focus.

Never driven around Suzuka, @renaultsportf1 thought that should change… 🤷🏻‍♂️ In the beast again for Pirelli tyre testing tomorrow! pic.twitter.com/xk0MTcWxzp

Albert your comments are out of line. We have built a poor car. We have made mistakes and admitted those mistakes. We have made changes. It’s not easy to fix and it won’t be fixed overnight. The men and women on our team are working extremely hard and are determined to win.

"The move was fucking dangerous, he's moving always late, and one day we'll have a huge crash. When you are at 320km/h, it's more than dangerous."

"This week, too, they revealed a further change to the cars’ livery, ostensibly to publicise a new scheme “dedicated to science, technology and innovation” but unmistakably using graphics to form shapes that again mimicked the packet design."

I feel like Pirelli are in a bit of a tough spot here. They’re asked to make tyres the drivers can push on, but also ones that create two-stop races. Because it’s so difficult to overtake, teams will always look to stretch tyres to a one stop, thereby making the drivers nurse them, as, with current F1, track position is key.
Lenny (@leonardodicappucino)

Happy birthday to Toby and Jean!

57 comments on “Alonso not interested in winning ‘class B’ championship”