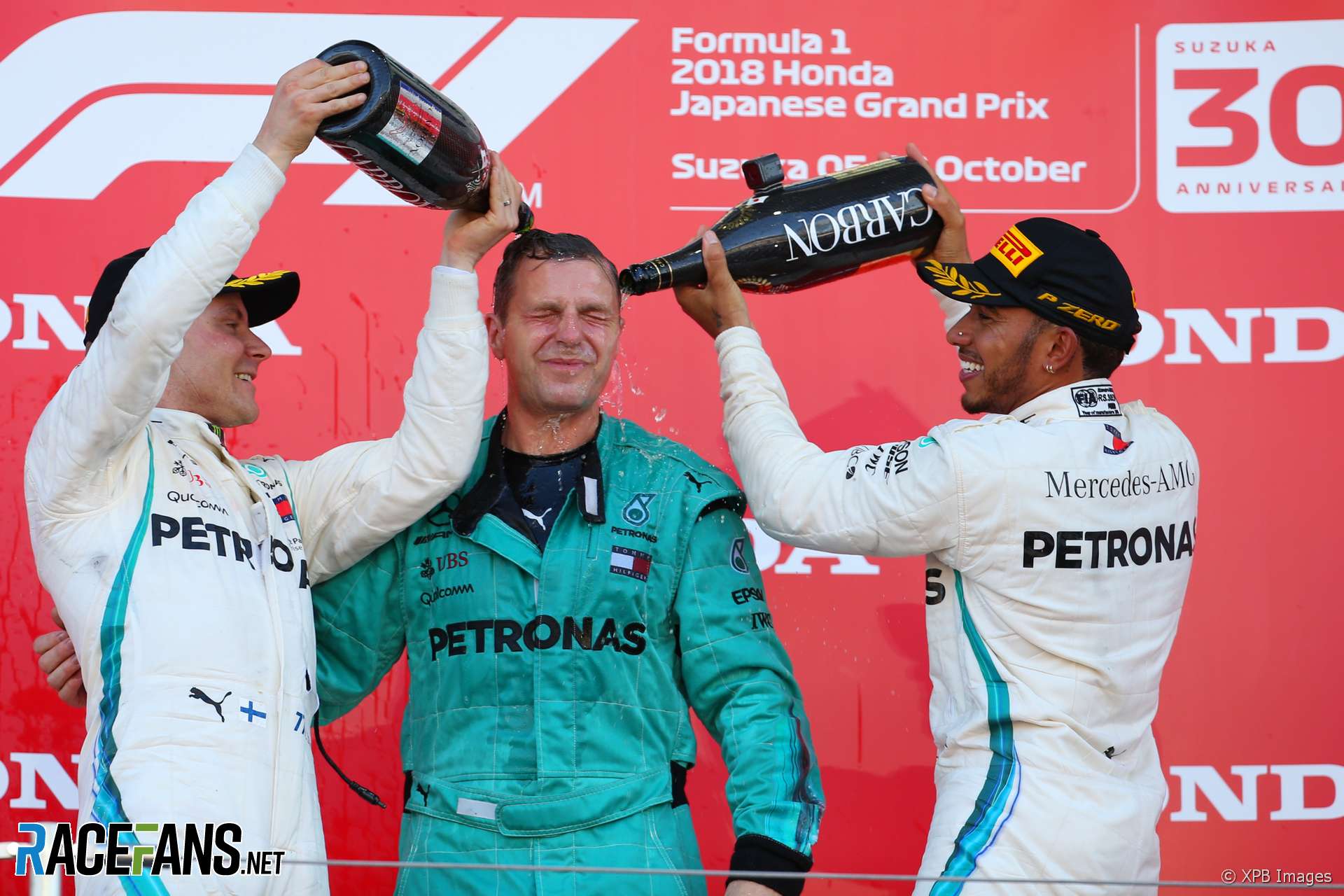 Lewis Hamilton needs only 33 points from the remaining four races to be sure of the 2018 championship title.

To put that into perspective, that’s an average of eight and a quarter points over the next four races, when his average over the last four is a perfect 25. Sebastian Vettel is 67 points behind, which is one point further away than he was after the first 17 races of last season.

Suzuka saw Hamilton take his fourth consecutive victory. If he wins the next race he will tie his personal best streak of five wins in a row.

It was also his fifth Japanese Grand Prix victory, leaving him one shy of Michael Schumacher’s record. As in Russia, Mercedes has been undefeated in Japan in the V6 hybrid turbo era. Nor have they lost in that time at the next venue on the calendar: the Circuit of the Americas.

With his 71st win, Hamilton is now 20 away from reaching Schumacher’s all-time victories record. He’s contracted for two more seasons at Mercedes and has won at least nine races in every season since 2014. It’s therefore likely he could equal Schumacher’s 91 wins around the same time his current Mercedes contract expires…

Mercedes have decisively overturned Ferrari’s performance advantage. They scored their second one-two finish in a row last weekend which is something they never managed to do during the whole of last season. Their most recent consecutive one-twos were in the final four races of 2016.

Hamilton led every lap of the race, the first time he has done so this year. However he was denied a ‘grand slam’ of pole, win, leading every lap and fastest lap by Sebastian Vettel, who claimed the 35th fastest lap of his career. His 1’32.318 was 0.778 seconds off the all-time Suzuka race lap record, held by Kimi Raikkonen.

Valtteri Bottas notched up his seventh second-place finish of a season in which he is still yet to win a race – partly due, of course, to Mercedes’ team orders in the Russian Grand Prix. This was his 30th podium appearance, moving him ahead of Daniel Ricciardo.

Force India had both cars in the points again. They’ve done this at every race at the summer break except Singapore, where their two drivers tangled with each other.

Have you spotted any other interesting stats and facts from the Japanese Grand Prix? Share them in the comments.