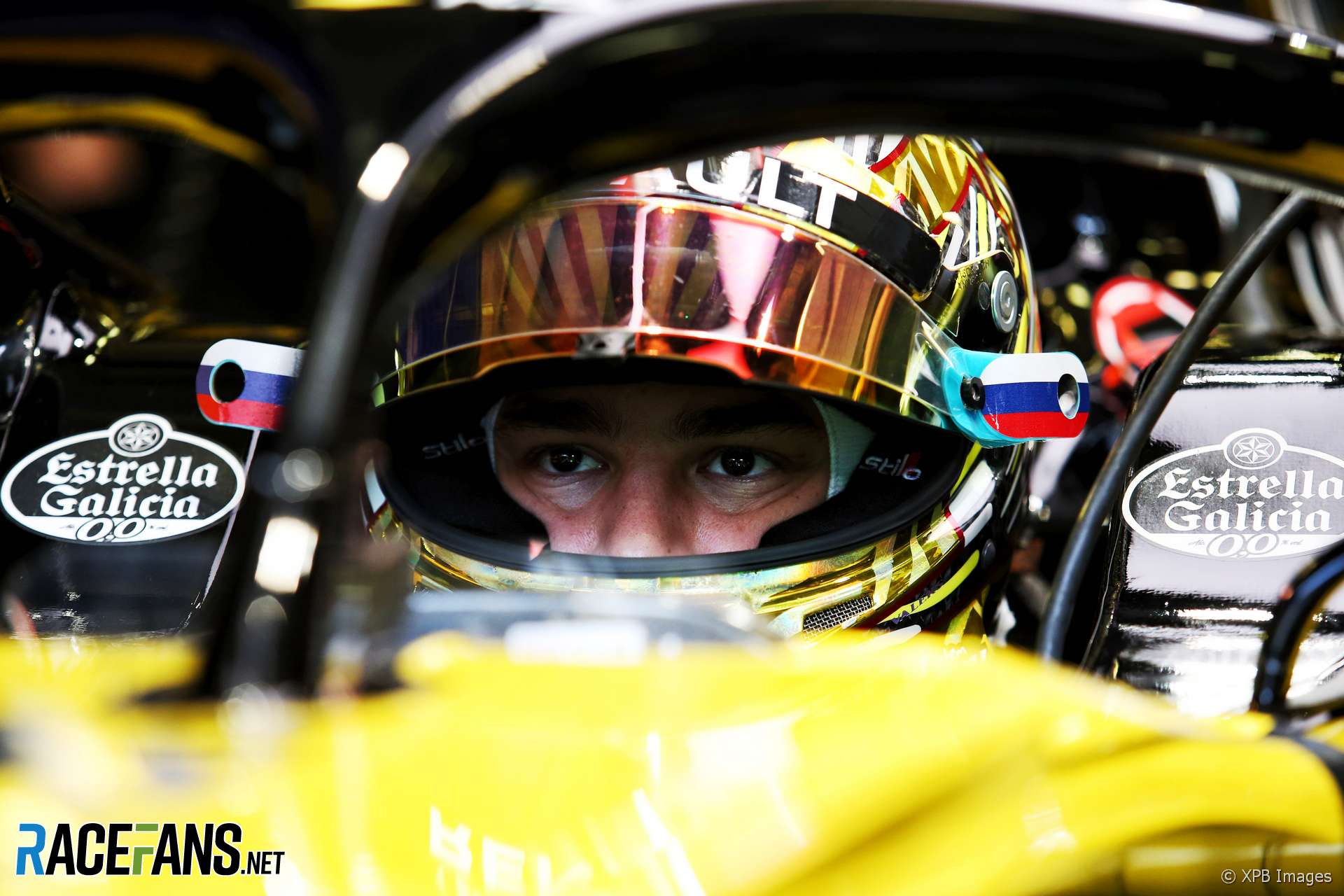 Valery Markelov, the father of Renault test driver and Formula Two racer Artem Markelov (pictured), has been arrested in relation to an ongoing corruption investigation in Russia.

The racing driver’s father was arrested in Sochi yesterday. He is accused of giving bribes to the former deputy head of the GUEBIPK department of the Interior Ministry Dmitry Zakharchenko, who is being investigated for corruption charges. The value of the bribes has not been disclosed but billions of roubles have been seized from Zakharchenko.

Artem Markelov is in his fifth season of driving for the Russian Time team. He was appointed as Renault’s test and development driver in February.

Markelov, whose family are from Moscow, scored a best championship finish of second last year when he was runner-up to Charles Leclerc. He finished last weekend’s F2 races 11th and fifth and will go into the season finale at Yas Marina next month fifth in the championship, 82 points behind leader George Russell.

@HazelSouthwell contributed to this story.