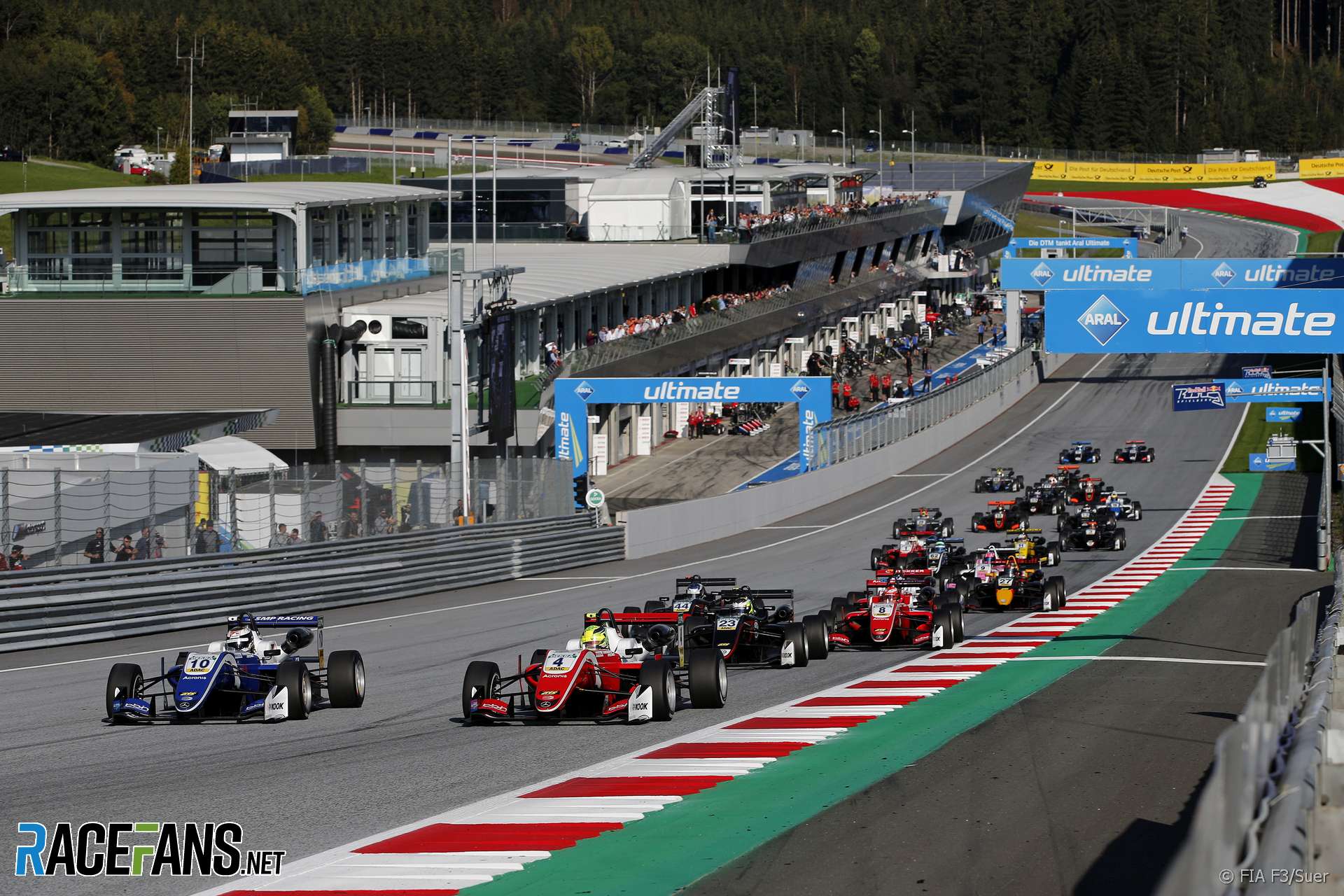 Catch up on video highlights of last weekend’s racing action in Weekend Racing Wrap including the championship leads changing hands in European Formula Three and the Formula Renault Eurocup, a controversial finish in the DTM and more.

Results spoilers are hidden by default. Use the buttons below to reveal race reports.

After a dominant campaign Felipe Drugovich arrived at the sixth race weekend out of eight poised to wrap up the title. But rival Bent Viscaal claimed pole position for the opening race.

Show Euroformula Open race report
Felipe Drugovich passed Marcos Siebert and Bent Viscaal to take the lead, then his championship hopes received a boost when Viscaal dropped out. That made it a near-certainty Drugovich would clinch the title in race two, which he duly did from pole position, after Viscaal took to the run-off twice. Siebert went out in a crash with newcomer Leonardo Lorandi, but the latter continued to the chequered flag minus his rear wing.

Show DTM race report
Daniel Juncadella and Mike Rockenfeller thrilled with their fight for the lead in race one, but a late-race Safety Car restart set up a controversial finish. Audi performed a double team orders switch at the end of the lap to promote Rene Rast to second, which became first when Juncadella was penalised for a jump start. Rast doubled up in race two – his fourth win in a row – which means he goes into the season finale 30 points behind new points leader Paul di Resta, and still with an outside chance of retaining his title at Hockenheim.

Christian Lundgaard, Max Fewtrell and Yifei Ye arrived at the Hockenheimring locked in a close fight for the championship, but one of them would seize the initiative ahead of the final weekend of the season.

Show Formula Renault Eurocup race report
Points leader Christian Lundgaard suffered a disastrous weekend: a puncture in race one – which proved a dramatic near-miss as the field arrived at the Spitzkehre for the first time – and a driveshaft failure in race two while scrapping with Max Fewtrell, meant he failed to score. Back-to-back wins for Fewtrell leave him 16.5 points ahead with 50 available at the Circuit de Catalunya.

Prema’s Mick Schumacher had slashed Dan Ticktum’s points lead in the previous round and extended his run of pole positions to five in a row at the Red Bull Ring.

Kevin Harvick started the second race in the Round of 16 from pole position.

Show NASCAR Cup race report
Martin Truex Jnr dominated proceedings until he picked up a pit road penalty, but advances to the Round of 12 on points anyway. Kyle Busch will join his after repeated his April victory at Richmond.

2 comments on “WRW: New leaders in F3 and Eurocup, DTM controversy and more”