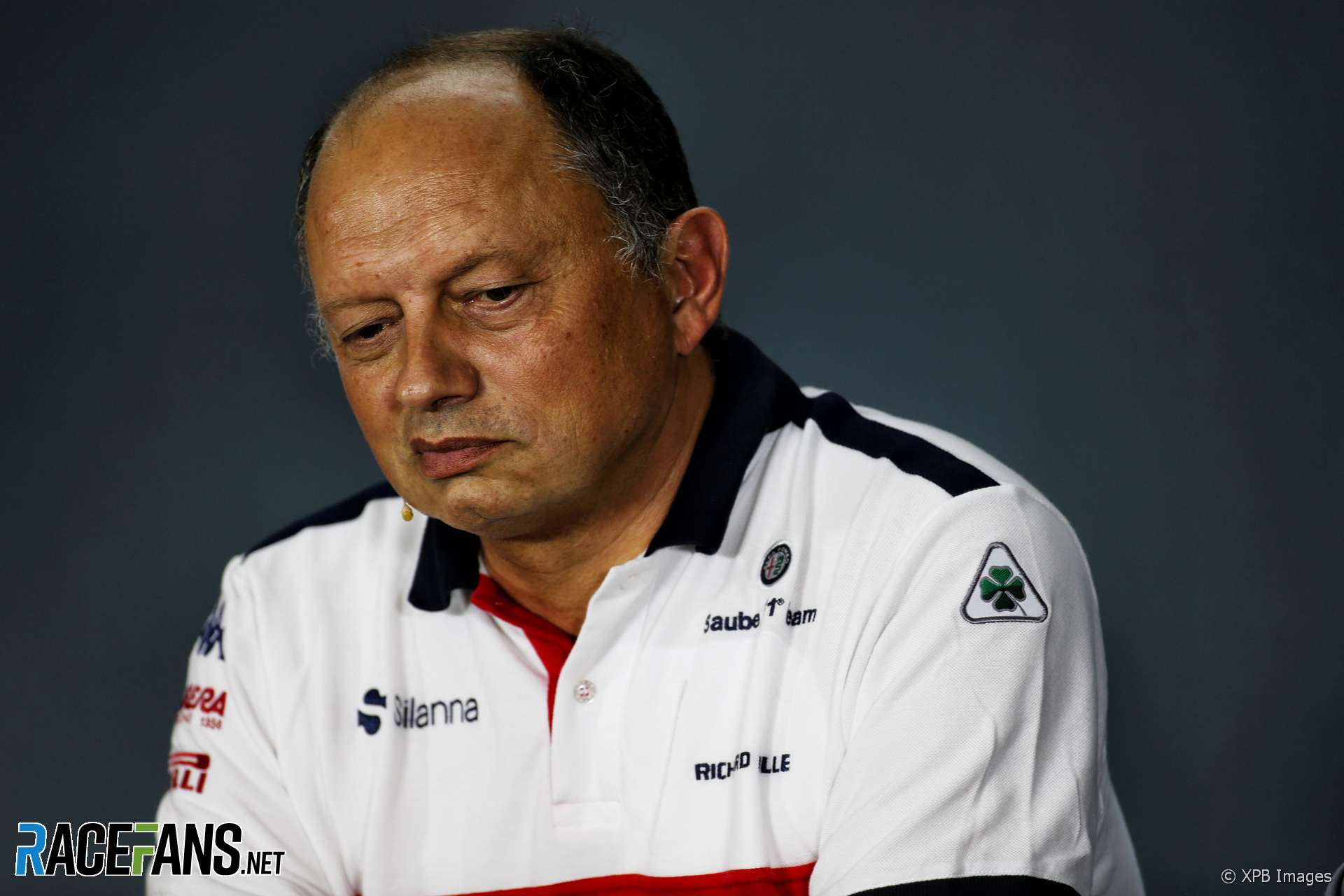 Bringing Kimi Raikkonen to Sauber is part of a “huge push” to move up the grid, according to team principal Frederic Vasseur.

Raikkonen surprised many last week when he announced he will return to his first Formula 1 team following his departure from Ferrari. Vasseur said the 2007 world champion’s “huge experience” will be an asset to the team which has made a significant step forward this year following new investment.

“For the team, we are building up every single department and I think he will be very supportive in the process,” he said. “I think from aero to design office to track engineering, tyre management, I think everybody in the team is more than welcome to have Kimi on board in the future.

“It’s a step forward for us for sure. This is on the technical side and on the more marketing and commercial side, for sure it’s a huge push and if you have a look at what we had last week in terms of social media, so it was probably the first time in our lives that we have so many connections. On both sides, I think it will be supportive for us.”

Some of the team’s current staff were present during Raikkonen’s debut for them 17 years ago, said Vasseur. “I was not there but some guys came to my office saying ‘ah, superb that Kimi’s back.’

“But I don’t want to consider the fact that Kimi’s coming back that we have to think about the future, not about the past.”

The identity of Raikkonen’s team mate for the 2019 F1 season is yet to be confirmed. Current driver Marcus Ericsson is thought to be in the running, along with Antonio Giovinazzi and Stoffel Vandoorne.

“After Singapore we will sit down with all the persons involved in the discussions and we will take a decision quite soon,” said Vasseur. “I think it’s also good for the team to have a clear answer but it will be soon.”