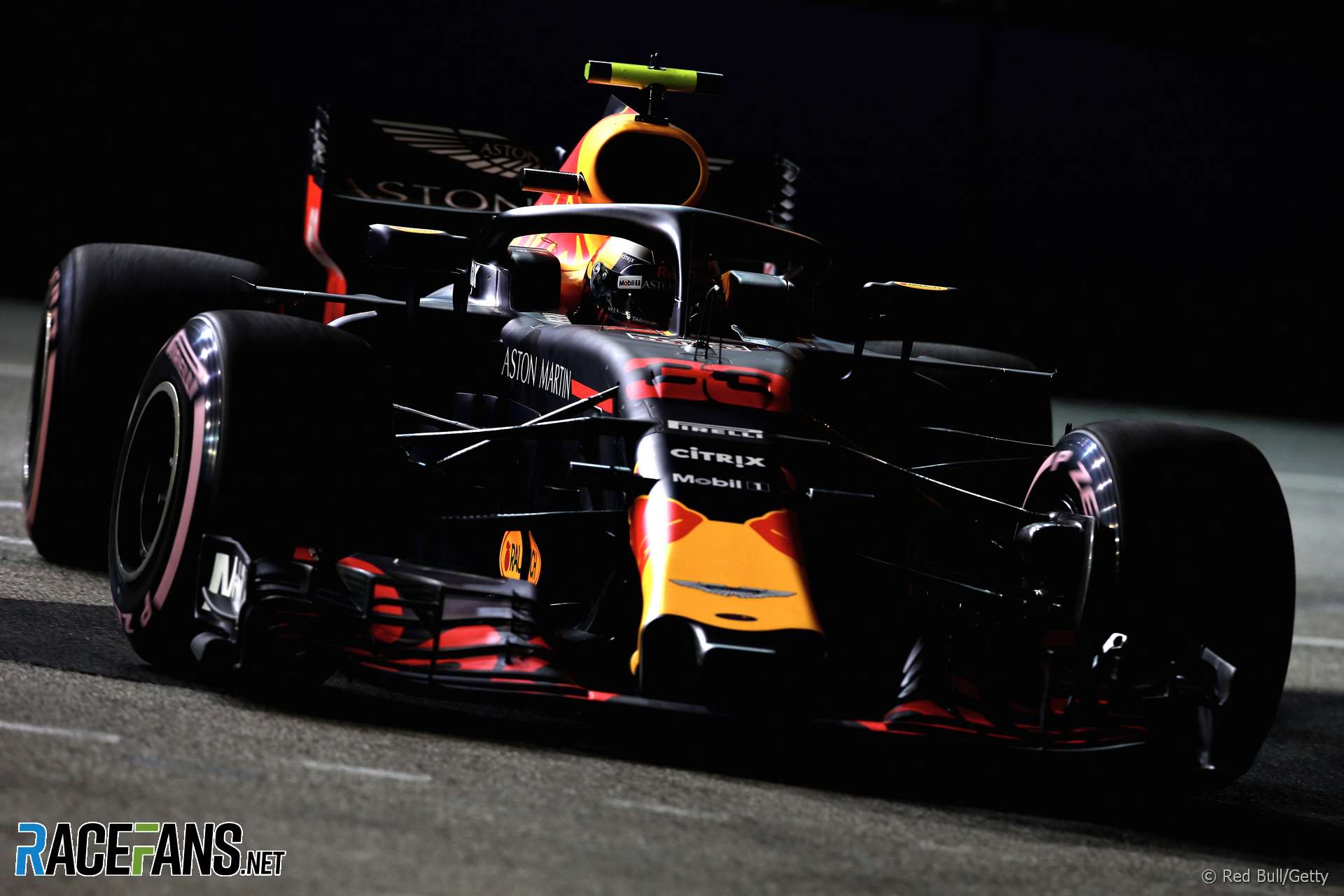 Max Verstappen says securing second on the grid for the Singapore Grand Prix feels “like a victory” following complaints about the performance of his Renault engine.

After multiple team radio messages throughout practice and qualifying suggested Verstappen had frustrations with the drivability of his Renault power unit, the Red Bull driver says qualifying second on the grid behind Lewis Hamilton was an “unbelievable” result.

“The amount of problems I’ve had today, and even in qualifying, with the engine. Just not having a smooth run. Cutting in torque. To be second is unbelievable. It just shows that we have an amazing car.”

Despite being three tenths off Hamilton’s blistering pole position time, Verstappen isn’t playing down Red Bull’s chances of potentially challenging for the victory in tomorrow’s race.

“We just have to make sure that we get a clean start and from there onwards, anything is possible,” Verstappen says. “We do have to sort out the engine for tomorrow, but at least I’m very happy with the car.”

Verstappen suffered another loss of power during his final run in qualifying. His race engineer told him he’d been “one-and-a-half tenths up” at turn 16 before the loss of power.

30 comments on “Second “feels like victory” after engine problems – Verstappen”