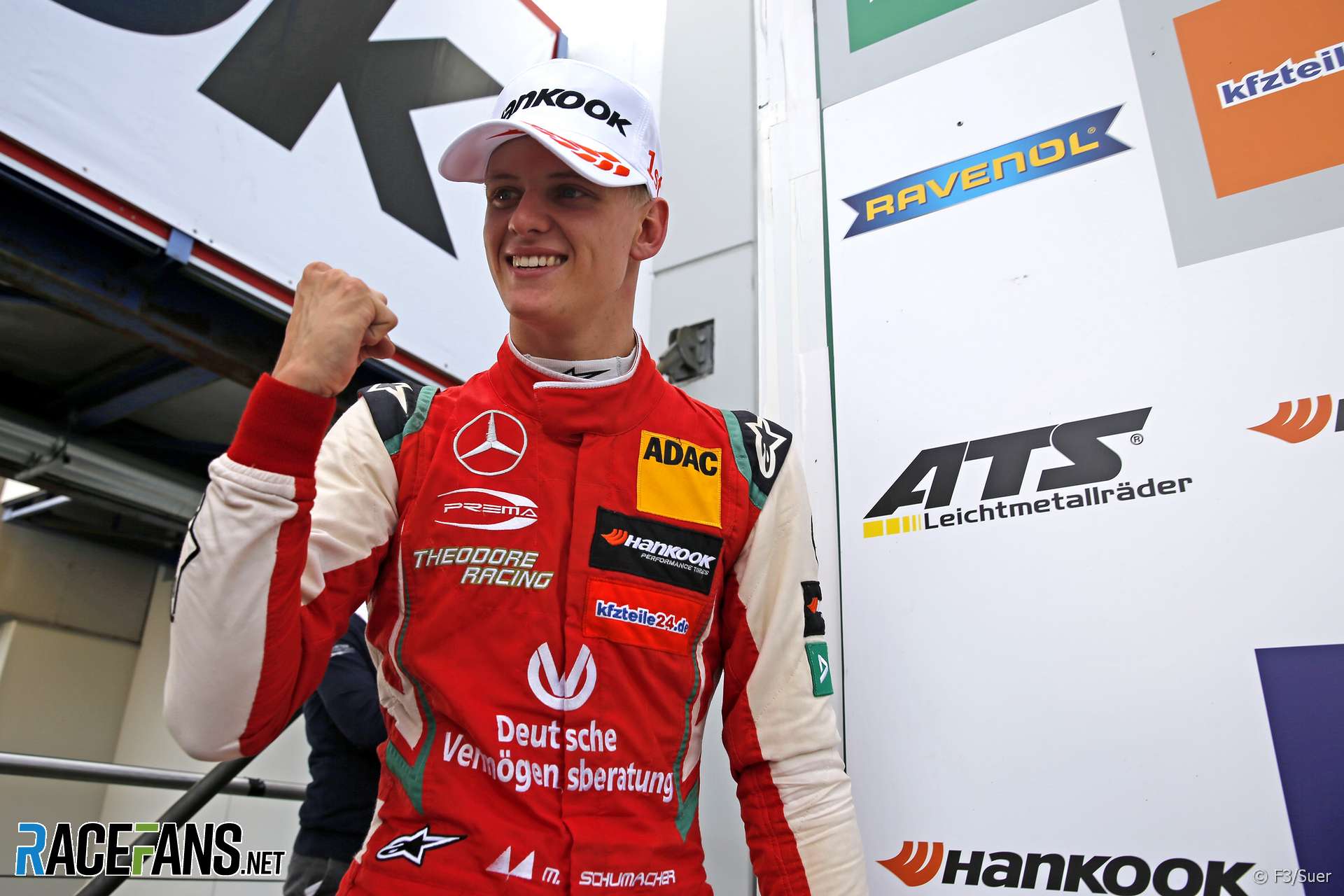 Mick Schumacher’s mid-season surge in the European F3 championship has caught the attention of Formula 1 teams including Ferrari, who his seven-times champion father drove for.

The 19-year-old is in a strong run of form at the moment. He has won six of the last 10 races in the championship and risen from 10th in the standings to second, three points behind Red Bull-backed rival Dan Ticktum.

Ferrari team principal Maurizio Arrivabene admitted “the recent results were very, very good” for Schumacher but cautioned against putting too much pressure on the son of F1’s most successful driver.

“The most important thing is to let him grow without giving pressure,” said Arrivabene.

“With a name like this, that wrote the historical pages of the Ferrari history.

“I think the door at Maranello is always open of course, but without burning the step, that is, a Schumacher family decision but let the guy have fun.

“I always repeat this: being focused, concentrated but at the same time have fun and to grow up slowly but certainly. Then we will see about the future. How can you say no, in Maranello, to a name like this?”

Sauber team principal Frederic Vasseur, who brought Ferrari’s new driver Charles Leclerc into F1 from F2 this year, said it might be too much too soon to consider promoting Schumacher to F1 in 2019.

“I think there is a huge step between F3 and F1 and with the small number of test days we have during the winter,” said Vasseur. “I think it’s, I don’t want to say impossible because we will see, but it’s quite difficult to do the step.

“It will make sense probably for him to do Formula Two or something like this. But he could have a link with a Formula One team, he could do some FP1. There are many ways to prepare for F1.”