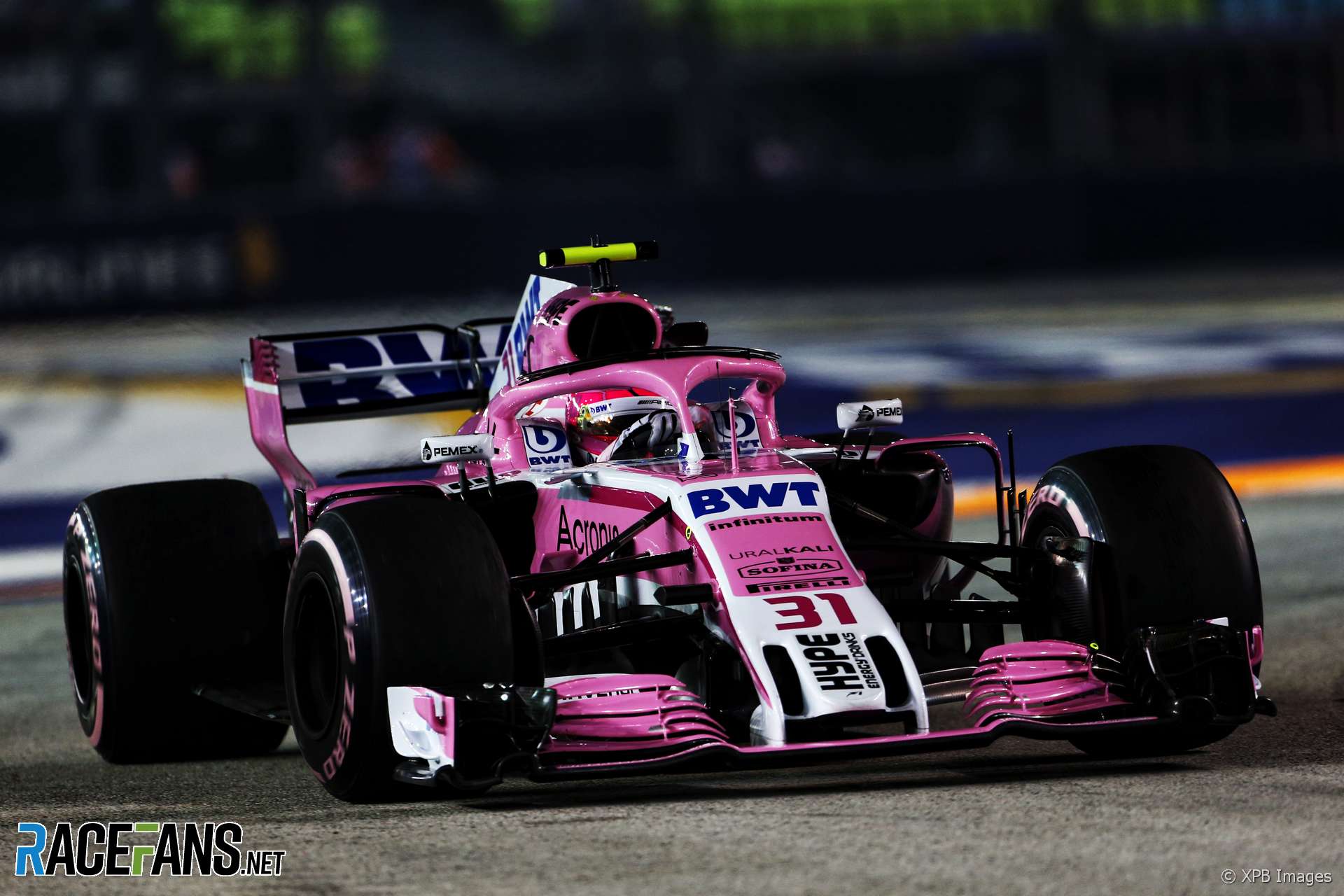 Force India have been fined €5,000 for releasing Esteban Ocon’s car in an unsafe fashion from its pit box during final practice.

The stewards found Ocon had begun to perform a ‘burn out’ to lay rubber in the pit box before he was given a green light by the team. That caused him to leave the box as Kevin Magnussen was approaching in the fast lane.

“[The] driver of car 31 [Ocon] was preparing for a burn out start from his pit stop position on the team’s instructions,” the stewards explained. “At the same time, car 20 [Magnussen] was approaching in the fast lane.

“[The] driver of car 31 started his burn out while the red light was still being displayed [and] the light was then changed to green by the team. The team failed to observe the arrival of car 20 and to therefore stop car 31 from proceeding with the burn out, resulting in an unsafe situation.”

This is the third time this year Force India have been fined for an “unsafe release” incident. They were fined €5,000 at the Spanish Grand Prix after a wheel was incorrectly fitted to Sergio Perez’s car, and a further €15,000 fine for a similar incident in France.

On the latter occasion they were also given a suspended €85,000 fine which will be imposed if they commit a similar offence in the following 12 months.