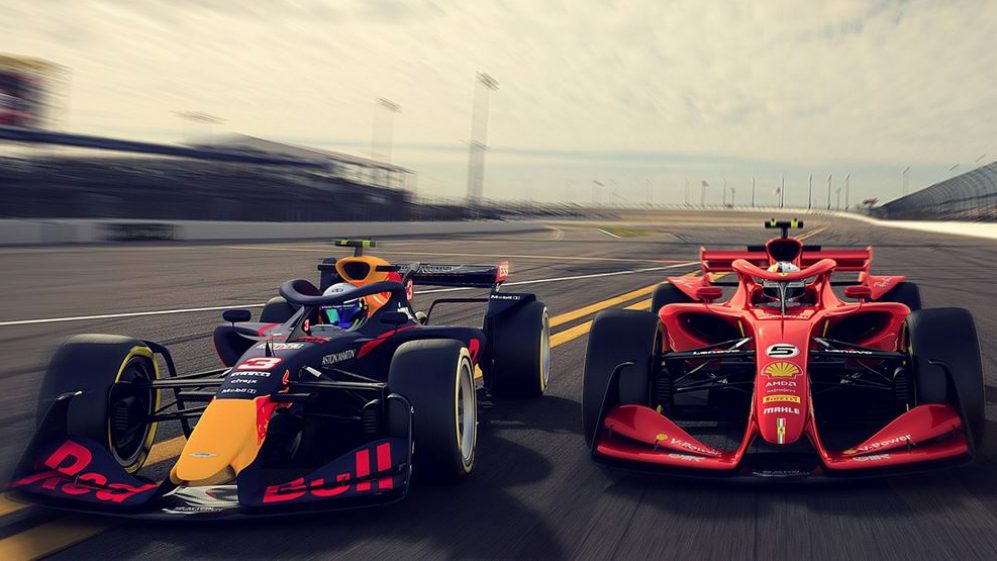 Formula 1’s concept car design for the 2021 season has failed to impress Ferrari.

Team principal Maurizio Arrivabene told media at the official FIA press conference at the Singapore Grand Prix on Friday his engineers can been underwhelmed by the proposed changes to the cars in three years’ time.

“I was looking at the car presented a couple of days ago by Ross [Brawn, F1 motorsport managing director], he said. It’s a good exercise.

“I was asking our engineers what they thought about this, they said it’s a bit underwhelming in their opinion and it looks like an old Champ Car.”

F1 presented three concept designs for the 2021 season yesterday. Arrivabene did not specify which he was referring to.

The Champ Car series ceased racing in 2008. It used a single-specification Panoz DP01 chassis during its final full season the year before. Ferrari presented its own concept of a future F1 car three years ago (images below).

Brawn said one of the top priorities of the new design was to create better-looking cars. Others have given a positive first reaction to the design, including Lewis Hamilton and his Mercedes team principal Toto Wolff.