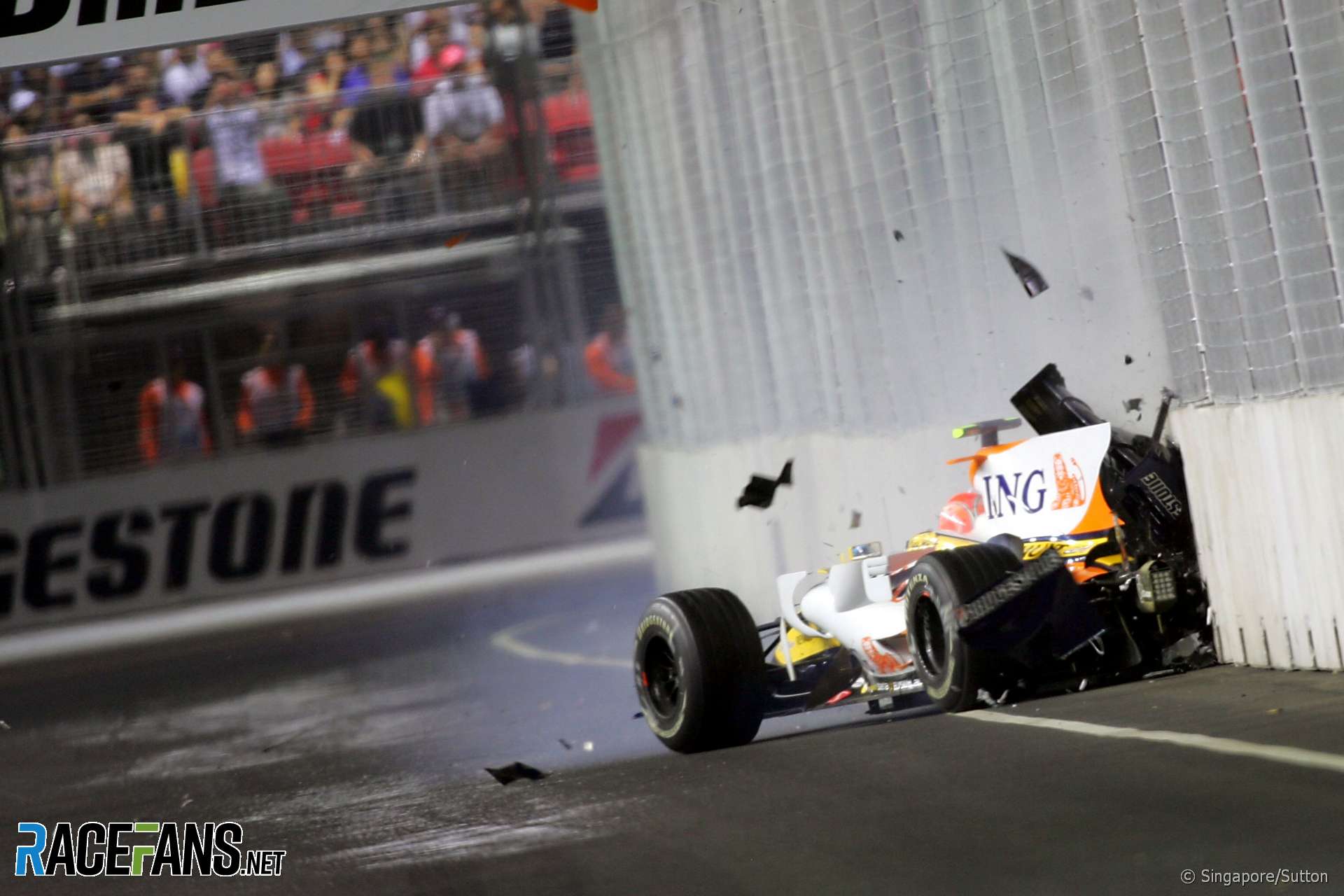 In the round-up: 10 years on from his controversial victory in the 2008 Singapore Grand Prix, Fernando Alonso is unwilling to accept questions about ‘Crashgate’.

Alonso cut off a journalist who brought up the subject of Crashgate. Here’s his response when asked: “Just going to back to ’08, obviously a very famous race, what all these years on…”

I think we are in 2018 now and I will not answer anything about the past. Not even last year.

Hope to see you smiling next year mate !! Is not acceptable to see a talent like you without a race seat in @f1 … all the best!! 🙏🏻 @OconEsteban https://t.co/Ue9FatZ0NH

Had a great track walk with Lance Stroll @F1NightRace Surprising what you see in the city at night pic.twitter.com/DwbqH3qzcI

"Well Kimi, thanks for the insight." Brilliant from @TomClarksonF1. #F1 #SingaporeGP

If you haven't used the official #F1 live timing app since the last race, you might want to know about the changes to the new version they've released since then: https://t.co/k2u9XMYfhk #SingaporeGP

"“There were a few things that were discussed where we might test a different layout first, and then that might become permanent. It would have been unique for us, but at this time, we don’t expect that will be the case."

"I think he’s going to America this season, but definitely for the season after we are going after him."

"The problem for Ferrari is that Giovinazzi is highly-respected as a simulator driver. With Daniil Kvyat looking set to give up his Ferrari role to go back to Toro Rosso next year, the team will be reluctant to lose Giovinazzi as well."

The 2019 Ferrari drivers are giving us mixed messages:

I thought this was somewhat funny based on this article and the previous one.

Leclerc: “He has always been very nice to me, Every time I was going a good job in the simulator, once I was in Formula Two, he would always send a text and that was great. And it will be even better to work with him, for sure I have a lot to learn from him.”

Happy birthday to Gwenouille and Evered7!