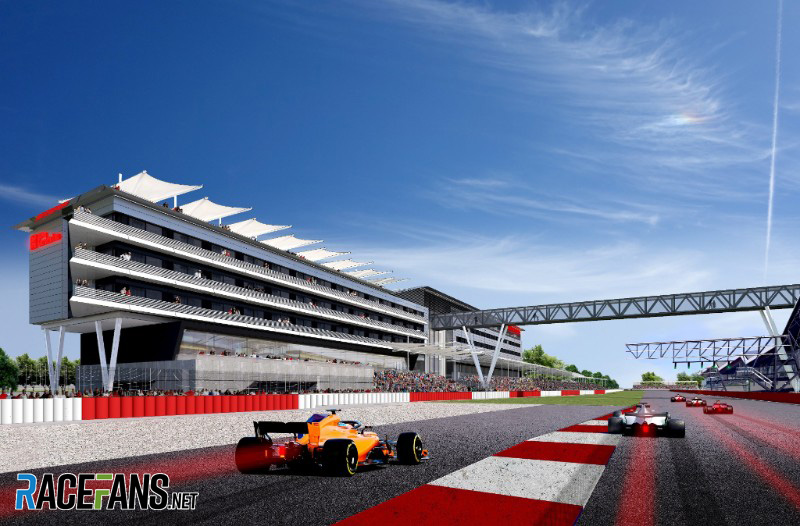 A new hotel is to be built at Silverstone Circuit which will overlook the start/finish straight at the home of the British Grand Prix.

The Hilton Garden Inn Silverstone will offer views of the circuit and connect directly to the Silverstone Wing pit and paddock complex via a bridge over the straight.

The 197-room facility is due to open in 2020. Balconies will overlook the circuit from the hotel, allowing customers to watch the race from their rooms. The hotel will also feature a rooftop terrace.

Peter Prickett, CEO of Bricks Capital Ltd which has agreed a management deal with Hilton, said the site is “an outstanding location” for a hotel.

“The Wing, which will have direct access to the hotel, has helped elevate Silverstone to more than just a racetrack. Our partnership with Hilton and the opening of Hilton Garden Inn Silverstone will enhance the circuit’s appeal, offering quality hospitality year-round.”

Silverstone hosts Britain’s round of the Formula 1 world championship, although its current contract expires after the 2019 race. It also plays host to the World Endurance Championship, Moto GP, World Rallycross and major domestic championships. The circuit’s managing director Stuart Pringle says it expects the number of annual visitors to increase from 1.5 million to over 2 million by 2020.

Hilton has previously opened hotels at football pitches and cricket grounds in the UK.

28 comments on “New hotel to overlook pit straight at Silverstone”