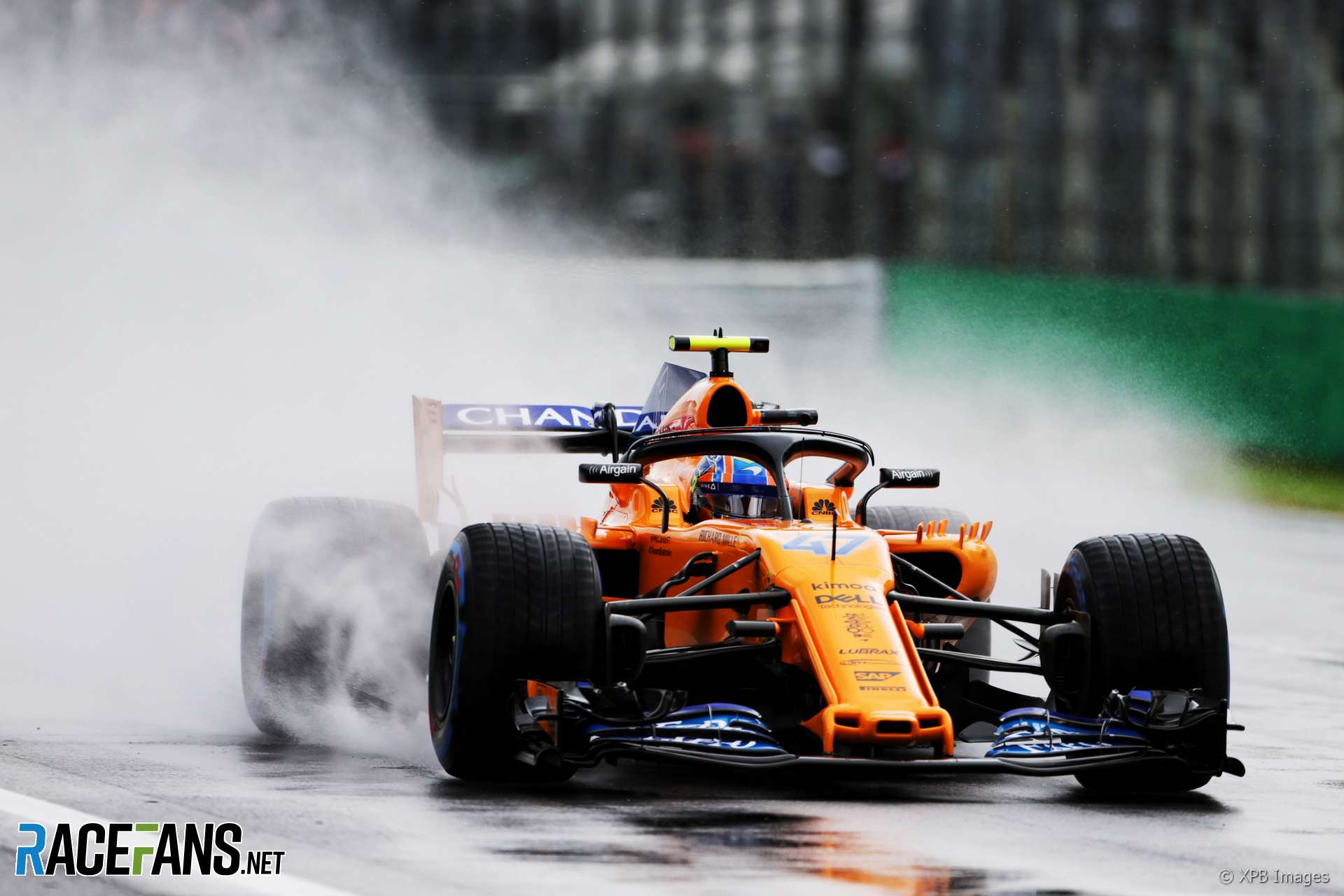 Norris, who has been confirmed in the team’s 2019 driver line-up today, has driven their car in first practice at the last two rounds. But he admitted finding it difficult to readjust to his F2 car afterwards.

However Brown praised Norris’s performance in his practice outings for McLaren. “Lando’s doing an excellent job,” he said.

“I think we’re probably not helping him in Formula Two right now bouncing him back and forth between Formula 1 cars and Formula Two cars.

Norris only did nine laps during the rain-hit practice session at Monza on Friday, but Brown said his performance was “extremely good.”

Following his first F1 practice run at Spa, Norris said it “felt like I’d never been in a Formula Two car before” when he returned to the cockpit of his Carlin F2 machine. “It was quite weird getting used to the downforce and braking and power.”

Norris is 22 points behind F2 championship leader George Russell. He lost 10 points to his rival over the last four races, and his only win to date is the season-opening race in Bahrain. There are four races left in the championship.

Speaking before his F1 race contract was announced, Norris said he’s beginning to get used to driving for McLaren.

“It never feels normal, every time you walk into McLaren or here or get into the car. It all feels pretty special.”

Norris will next drive a McLaren in a two-day tyre test for Pirelli beginning on Wednesday.