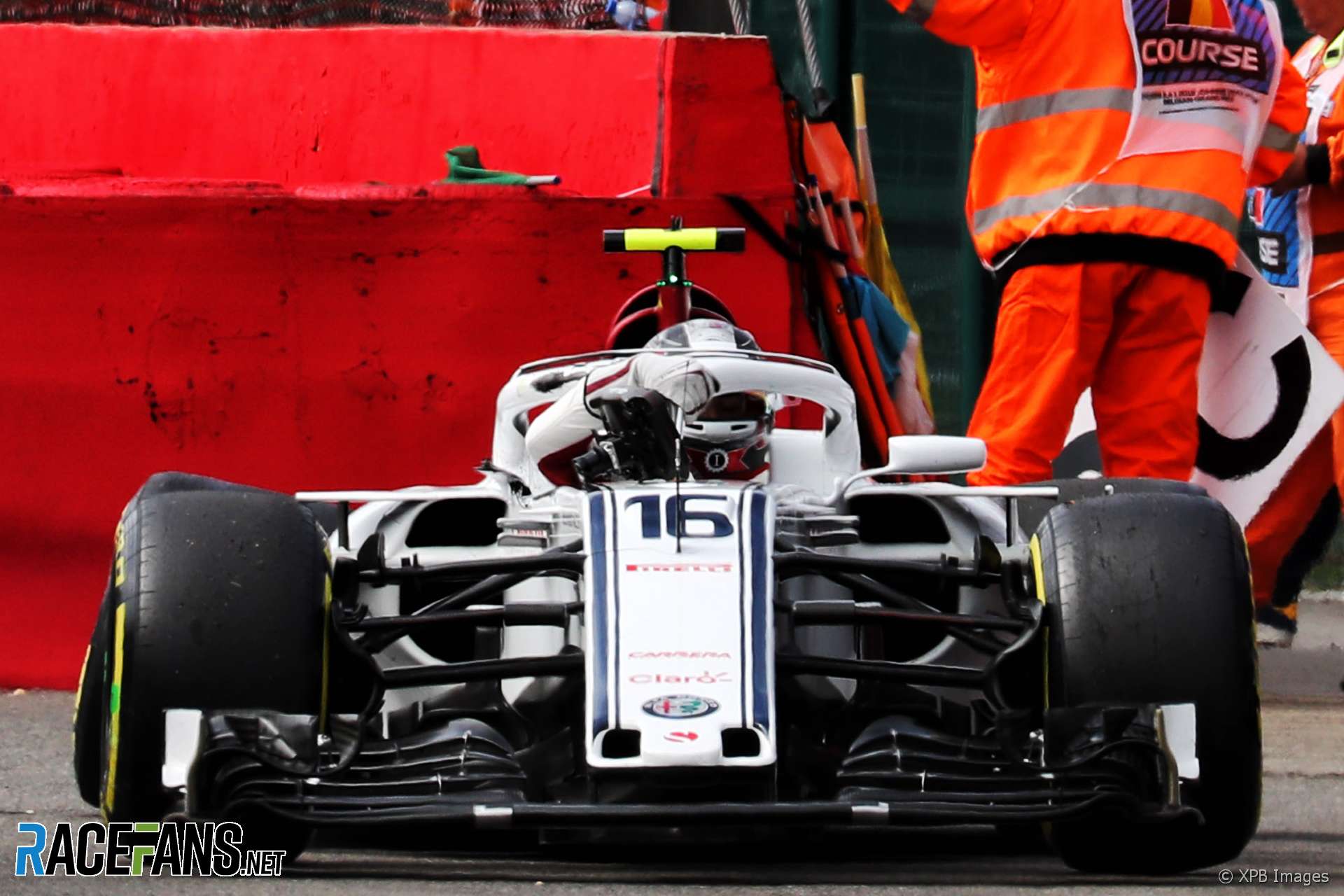 The Halo on Leclerc’s car was hit by Fernando Alonso’s McLaren when they crashed at the start of the race. However Verstappen said the crash “looked worse than it actually was”.

“The car never really virtually drops on top of someone else, it would always skid over the top. But because Halo was sticking out so much, of course it gets hit.

“The more you build in front of a driver, the more chance it can get hit. I think even if the Halo hadn’t been there he wouldn’t have been hit anyway so I think they made it too dramatic.”

However Ricciardo said the Halo “did very well” and claimed the replays of the crash show Leclerc had a near miss.

“When you see what happened, I think [Brendon] Hartley’s onboard was the most telling one. You can see Alonso coming from the side, it looked like he was coming over the top but it came in from the side. It was going to be very close if the Halo wasn’t there.

“I think it did what it had to do and I think it’s nice for people who didn’t support it maybe because at least now we’ve got proof that it likely saved Charles probably a very serious injury.”

“I feel I was always ‘for’ the head protection,” he added. “I don’t think any of us were ‘for’ the look of it.

“I was always one to say, especially after [Justin] Wilson’s crash in Indy[Car], I think it was in Monza that year, it was pretty clear. I was a bit vocal about doing something.”

Kevin Magnussen, another driver who criticised the decision to introduce Halo, said he was simply relieved Leclerc was uninjured.

“It doesn’t change the fact that my idea of Formula 1 idea without Halo. My idea of riding a motorbike is two wheels. But of course then you ask yourself there’s not much to do when you see a Halo just saved a life you’re not going to say ‘I wish it wasn’t there’. You’re just happy it was there.”