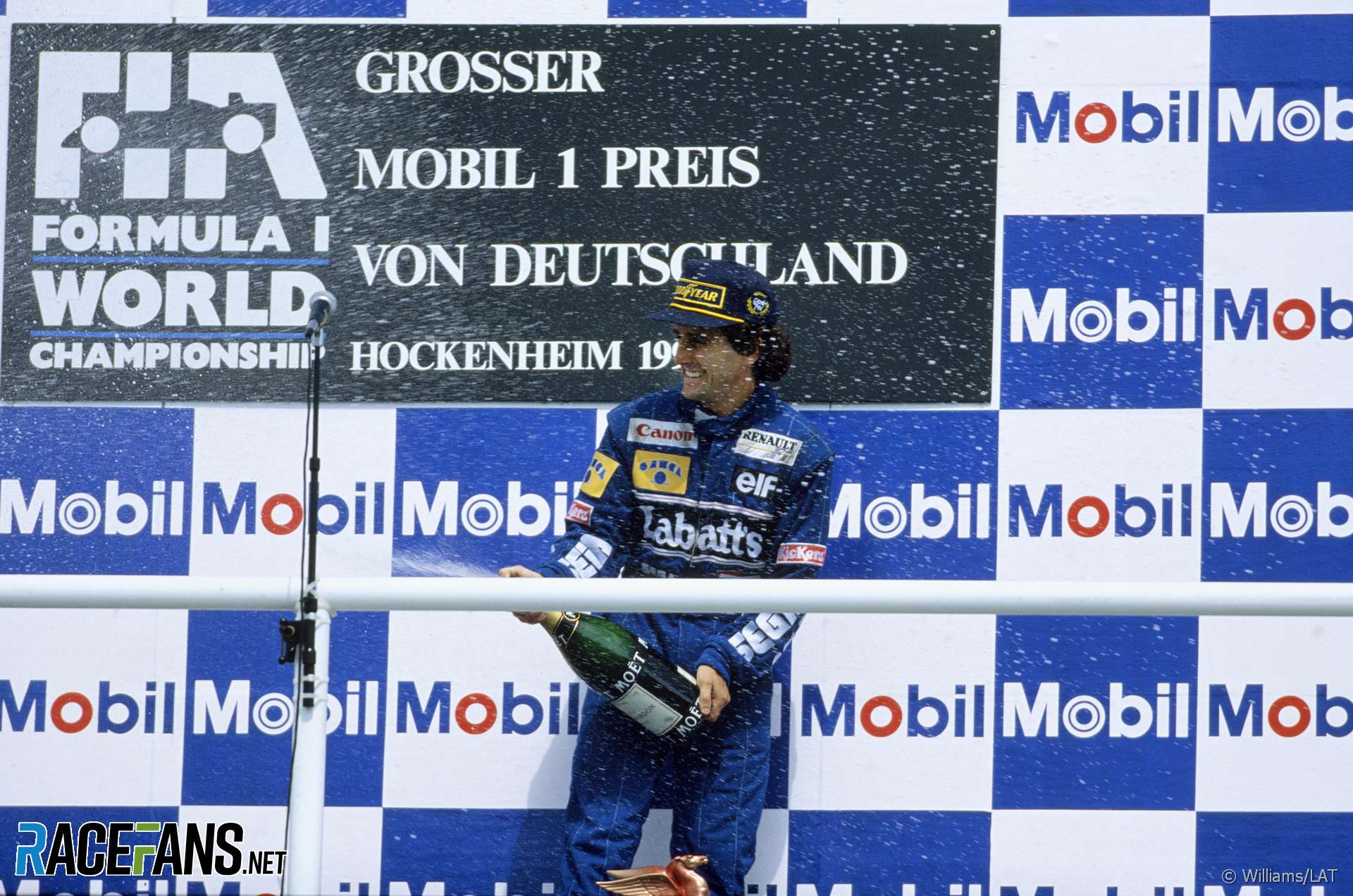 Sebastian Vettel became the third-most successful driver of all time in terms of wins with his victory in Belgium last weekend.

It was the 52nd victory of his career, one more than Alain Prost, who scored his final win in the 1993 German Grand Prix (pictured). Only Michael Schumacher (91) and Lewis Hamilton (67 and counting) lie ahead.

This was Vettel’s third win at Spa. It was also the second time this year he’s led every lap, something Hamilton hasn’t done, but which Daniel Ricciardo also managed in Monaco.

For the third race weekend in a row Ferrari set the outright fastest lap time during the weekend (as they did from Bahrain to Azerbaijan earlier this year), though as in Hungary they were beaten to pole position by Mercedes in wet conditions. Ferrari led all three practice sessions and the first two stages of qualifying before the rain came down.

Lewis Hamilton’s fifth Belgian Grand Prix pole position is a record, beating the previous tally of four he shared with Ayrton Senna, Alain Prost and Juan Manuel Fangio. It was also the sixth consecutive pole position for Mercedes at Spa.

While the leading pair were able to ease off in the closing stages Valtteri Bottas, who climbed up from 17th to finish fourth, set the fastest lap of the race. It was the seventh of his career, the same number as Jacques Laffite.

Vettel and Hamilton have won five races apiece so far this year but neither of their team mates have taken a win yet. With 200 points available, Kimi Raikkonen is 85 points off the lead and Bottas is 87 behind. No wonder we’re starting to hear talk of team orders under consideration.

Force India found themselves in the strange position of having to start again from zero at the middle of the season following their return from administration during the summer break. The FIA’s official points table now contains two Force Indias: ‘Racing Point’ has 18 points and is ninth, while predecessors Sahara have been reduced from 59 to zero and are 11th.

Max Verstappen matched his father’s achievement from 24 years earlier by finishing third at Spa. That has moved him ahead of team mate Daniel Ricciardo in the championship for the first time this year, in the first race since Ricciardo confirmed his impending departure from Red Bull.

As of the last race the bottom eight drivers in the championship standings are mathematically out of contention. They include Sergey Sirotkin who, though still without a point, scored the best result of his career so far at Spa with 12th.

While Sirotkin’s team mate Lance Stroll is widely expected to become a Force India driver sooner or later, it bears pointing out Sirotkin is 7-5 up against his team mate in qualifying and only 5-4 down on race finishes – a fair start for the rookie.