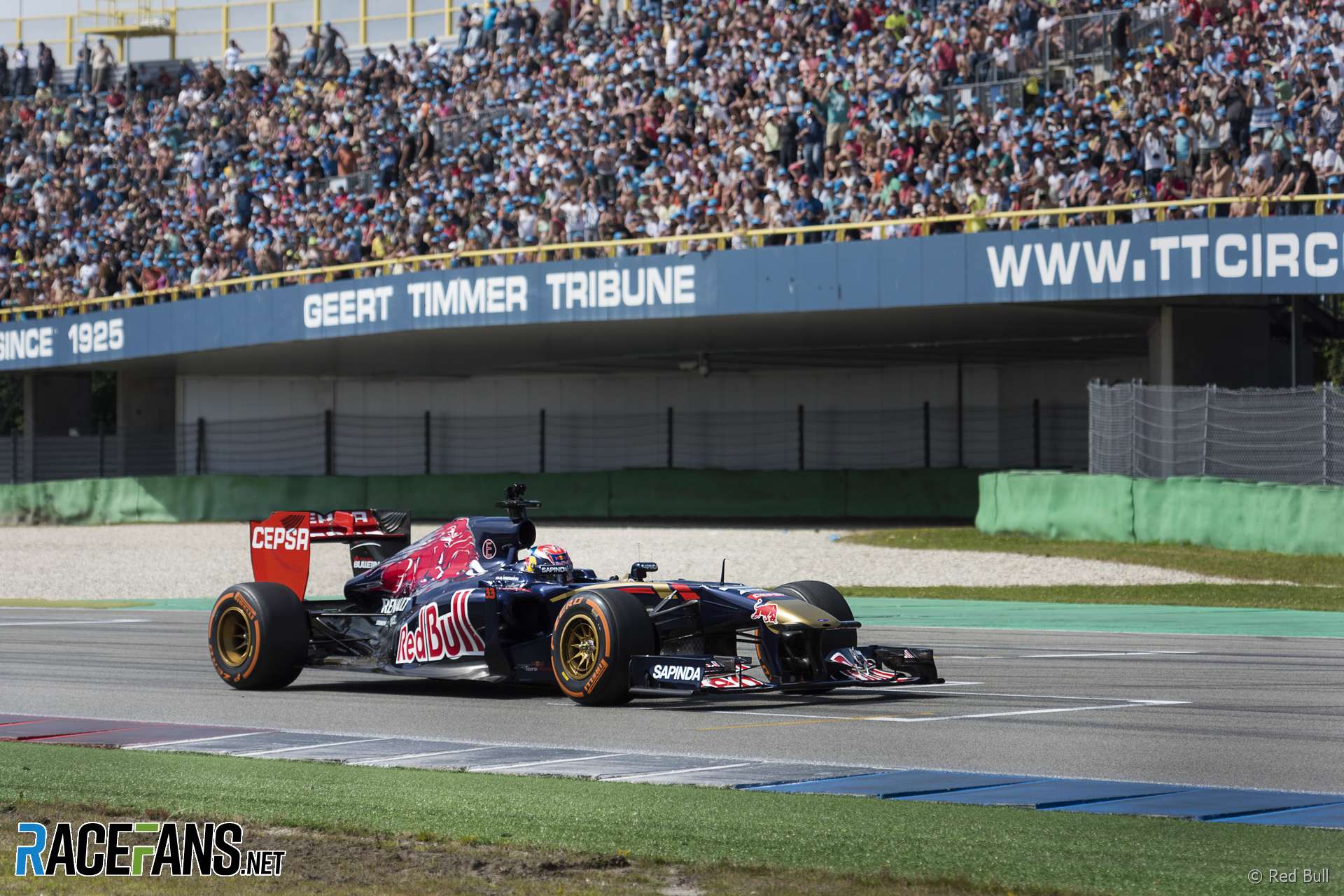 In the round-up: Max Verstappen says he hopes if the Dutch Grand Prix returns to the calendar it is on a permanent road course rather than a street track.

TT Circuit Assen and former Formula 1 Zandvoort have been mooted as potential venues for the Dutch Grand Prix, which was last held in 1985. Verstappen said he would be happy with either venue:

I would chose a permanent track. I think we already have enough street circuits on the calendar and anyway I like permanent tracks more. And then I don’t care where it is.

One day you're supporting him 💪

Another day you're meeting him 😍

A memory that will last forever for a young @svandoorne fan #BelgianGP 🇧🇪 #F1 pic.twitter.com/m1Ih0VXGVN

More booing at Lewis from the fans at Spa yesterday! I hate it when they do that, especially when you see what they risk from the crash on the first lap.
He’s a contrary character but a mega driver and any true fan should applaud that.

Nigel, its a crying shame that these cars compromise racing. The problem is (and has been for years now) that the grip generated from aero massively outstrips the mechanical grip. Result: you can’t get close in over 50% of the circuit; i.e. the corners Otherwise, great show! #f1 https://t.co/c2e9QSKsuq

Ross Brawn on Halo's role in Leclerc's crash: "I agree with FIA Technical Director Charlie Whiting’s affirmation that we must wait until the crash has been properly analysed before reaching any definite conclusions."https://t.co/rNaGyf7Eq5 #F1 #BelgianGP

"I think that I deserve to be recognised more for the results I’ve achieved. I wanted to get that off my chest."

"In the last five races I scored points in three of them and scored double the points of my team mate in the last five races. I think that’s a good statistic that’s important to show to Fred and (the team) as well to see that I’m making a difference."

"We knew since day one that Haas is very competitive, and actually it’s quite the opposite, we are lucky that we are still ahead. It gives us the opportunity to keep on defending until Abu Dhabi."

"Silverstone drew a 96 percent excellent or good rating, with Austria and Azerbaijan the next most popular, while Canada rated only 29 percent."

Have some been too quick to praise Halo for the role it played in protecting Charles Leclerc?

I feel the justification is needed. The battle to improve safety should be ongoing and the motorsport community needs to be looking for better, safer solutions to protect the driver rather than standing still. That’s why it’s important to conduct an investigation rather than close the debate into the halo. This is the first iteration of a cockpit safety device and I hope in the future they improve it because that will lead to better safety.
George O’Donnell (@georgeod)