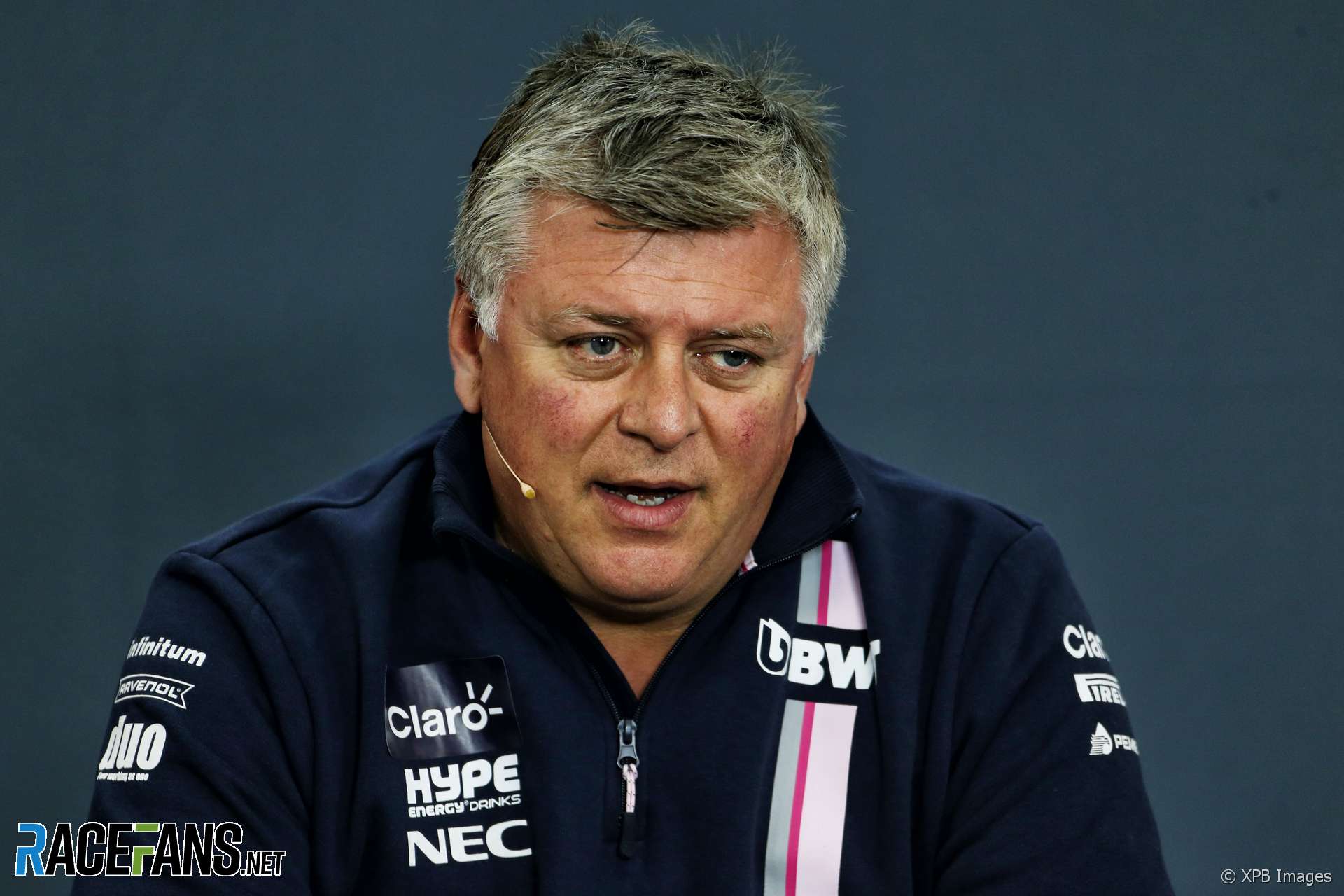 Force India could adopt a new identity for the 2019 F1 season following its change of ownership.

The team has entered its cars under the name Racing Point Force India F1 Team for this weekend’s race. However its constructor name, which F1 teams are widely known by, remains Force India Mercedes.

New team principal Otmar Szafnauer said the team will consider whether to change its team and constructor names for 2019.

“We’ve got some time to decide that,” he said in today’s FIA press conference.

“So I don’t know what that is. This is brand new, but the good news is that we’ve got a few months to think about it before we have to enter for next year.”

Applications for the 2019 season have to be submitted by November 30th, five days after this year’s season finale in Abu Dhabi.

Force India was required to keep its previous name in order to gain approval to continue competing in the championship following its change in ownership. Some rival teams who were concerned Force India could be turned into a Mercedes B-team pushed for its previous identity to be retained.

Speaking in a separate interview later, Szafnauer said there “won’t be this Ferrari/Haas type of relationship [with Mercedes], even though the others were worried about it.”

The team and its drivers also continue with the same allocation of power unit components they had previously.

“We had confirmation today from [FIA race director] Charlie [Whiting] that we will continue with the engine allocation and gearbox allocation as if we never ceased racing,” said Szafnauer.

“I think in his eyes he thought that was the most fair thing to do vis-a-vis the other teams, so that’s how we’re going to go forward.”

As Mercedes has introduced a new specification of power unit this weekend, both Force India drivers are using new engines and associated parts.