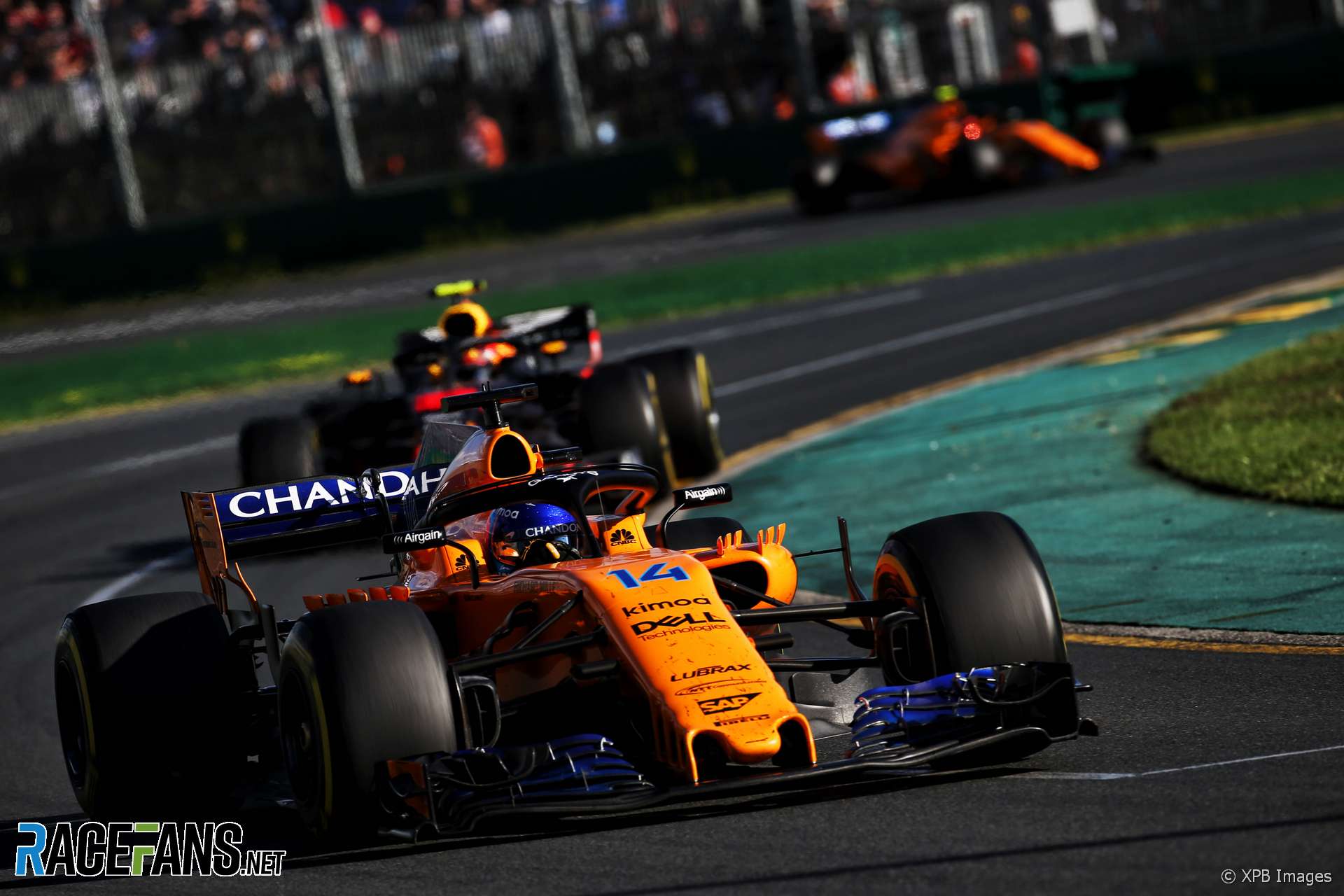 In the round-up: Fernando Alonso claims Red Bull made two offers for him to join them for the 2019 F1 season, despite team principal Christian Horner previously stating that bringing Alonso into the team wouldn’t be the “healthiest” move.

Alonso later confirmed the team he referred to in this answer was Red Bull:

From one of these top three teams… I had the offer a couple of times already this year. It was not the case for me to join that adventure.

At the moment Formula 1 is not giving me probably the challenges that I’m looking for at the moment. Outside Formula 1 I’m discovering different series in motorsport that give you different challenges and make you a more complete driver and it’s what I will try to find in 2019.

This banner will be floating around all weekend for fans to sign and show support for @robertwickens. Find it tonight at the #Bommarito500 FanFest!

Mercedes say they will decide overnight whether to fit new power unit parts to Bottas's car. If they do, he'll have to start from the back of the grid, as he's already at the maximum for all six element.

ICYMI: Racing Point Force India races under entry made via the British ASN – Motorsports Association – so entered under the British flag with British anthem on the podium in the event of victory.

"Red Bull has followed the Ferrari inspired-idea of hollowed out wing mirrors, in a bid to improve its straightline speed performance at Formula 1's Belgian Grand Prix."

Dorian Boccolacci steps up to Formula 2 with MP Motorsport (F2)

"From the forthcoming round at Spa, Dorian Boccolacci will be a Formula 2 driver with MP Motorsport. The Frenchman steps up from the GP3 Series, having taken one win with the Dutch team at the Hungaroring. Boccolacci will replace Roberto Merhi."

"IndyCar and Texas Motor Speedway announced a four-year extension agreement today for the Verizon IndyCar Series to continue racing at the 1.5-mile superspeedway through 2022."

"I think Bernie was close to perfection on leading Formula 1, but his marketing skills might have been a little bit less and I think Liberty comes in and they’re more marketing oriented."

Gary Watkins: 'This is what the WEC needs' (Motorsport magazine)

"WEC boss Gérard Neveu has also raised the idea of a longer race, a 10 or 12-hour event, in the future. I'm all in favour of that. How about a 12-hour race at Interlagos, a track with the heritage of the Mil Milhas?"

Force India has been saved but it’s come at a price:

Glad that a way forward has been found, even if it is an awful compromise and an even worse name.

Worst news in my opinion is the loss of Bob Fernley. That’s a massive blow; he’s been a stalwart figure in the team and in my opinion one of the best in the business.
@Mazdachris