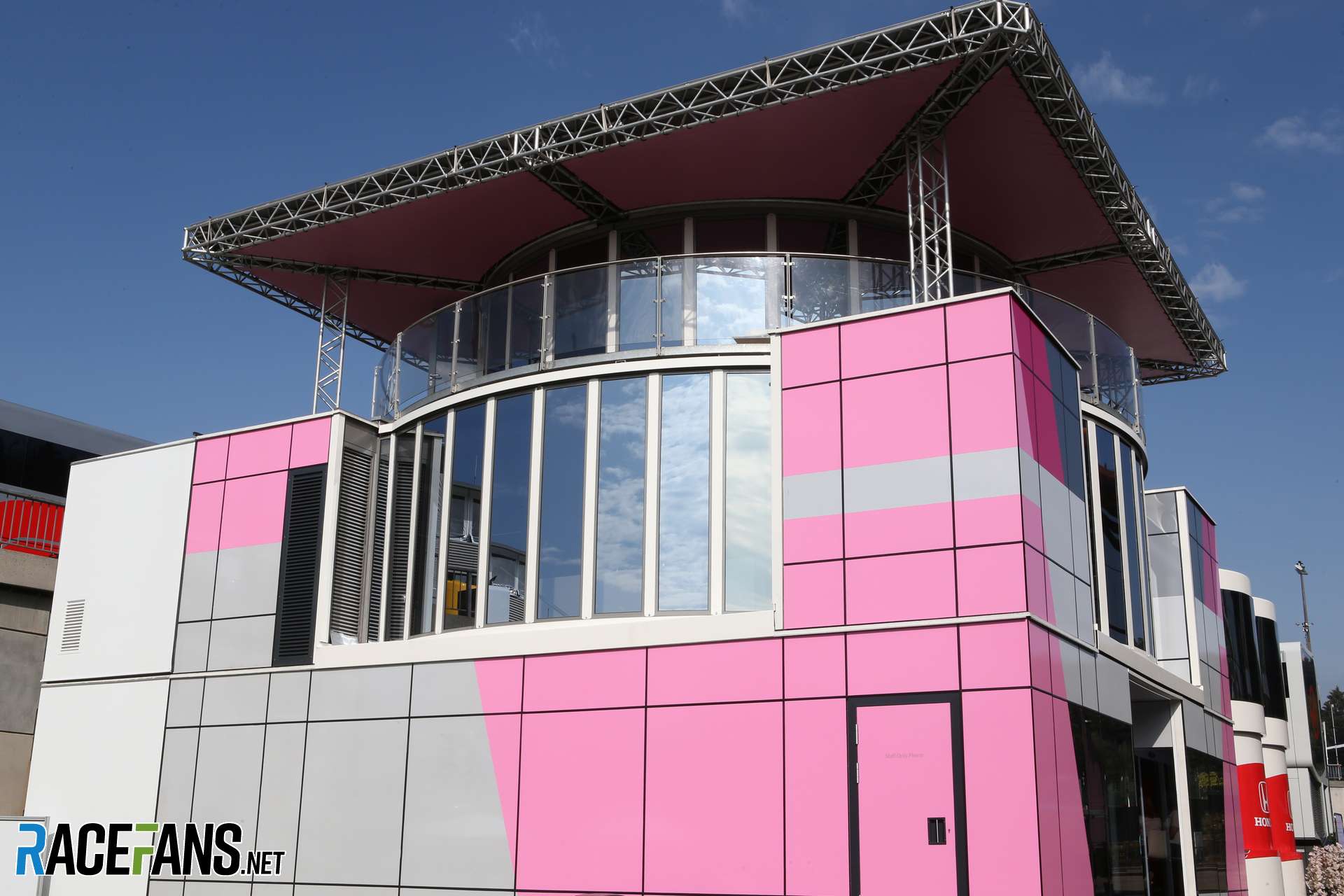 However the change of names means the team has forfeited all of the points it has scored so far this year. Force India was sixth in the championship on 59 points.

“Following a disciplinary investigation and prosecution by the FIA under Article 4 of the FIA’s Judicial and Disciplinary Rules, the Sahara Force India F1 Team has accepted its exclusion from the 2018 FIA Formula One World Championship with immediate effect, due to its incapacity to comply with Article 8.2 of the Sporting Regulations moving forward, and forfeits all Constructors Championship points under Article 6.2,” said the FIA in a statement.

This means Force India is removed from the championship standings and the teams which were behind it have moved up. Racing Point Force India is last in the standings on zero points. Drivers Sergio Perez and Esteban Ocon keep the points they have scored.

The change of names has come about following the sale of the team’s assets to a consortium headed by Lawrence Stroll. The buyers had been unable to purchase the team’s entry due to complications relating to former owner Vijay Mallya’s legal situation. This had put the team’s participation in this weekend’s race in doubt.

“The new Racing Point Force India Team is delighted to be able to race when the championship resumes in Belgium this weekend,” he said.

“This heralds a new and exciting chapter for us. Just a few weeks ago, an uncertain future lay ahead, with more than 400 jobs at risk. Now the new team has the backing of a consortium of investors, led by Lawrence Stroll, who believe in us as a team, in our expertise and in our potential to achieve success on the track.

“We are grateful to the FIA, the Joint Administrators and Formula One Management for their support in helping us achieve such a welcome outcome and ultimately, we trust, for the sport and its many fans.”

Formula 1 chairman and CEO Chase Carey said he was “very pleased” by the news of the team’s rescue.

“It is also very gratifying that in partnership with the stakeholders involved we have been able to safeguard the livelihoods of the many hundreds of people working at its Silverstone base. It’s enormously important that we have a full grid of competitive, capable teams in Formula 1 and we are confident that Racing Point Force India will go from strength to strength in the future.”

FIA president Jean Todt also welcomed the news. “I am very pleased that a strong, positive outcome has been reached and welcome the mid-season entry of Racing Point Force India,” he said.

“Creating an environment of financial stability in Formula One is one of the key challenges faced by the sport, however thanks to the hard work of the FIA, the Joint Administrators, Racing Point and Formula One Management we have a situation now that safeguards the future for all of the highly-talented employees, and will maintain the fair and regulated championship competition for the second half of the season.”

The team’s cars have already passed scrutineering, for which they were entered under the name Sahara Force India F1 Team. However that branding has been removed from the team’s motorhome, trucks and pit wall gantry.

The FIA has issued the entry list for this weekend’s race with Perez and Ocon listed as the drivers for Racing Point Force India F1 Team.

Speaking to media including RaceFans at the circuit earlier today, Perez said it would be “business as usual” for the team this weekend.