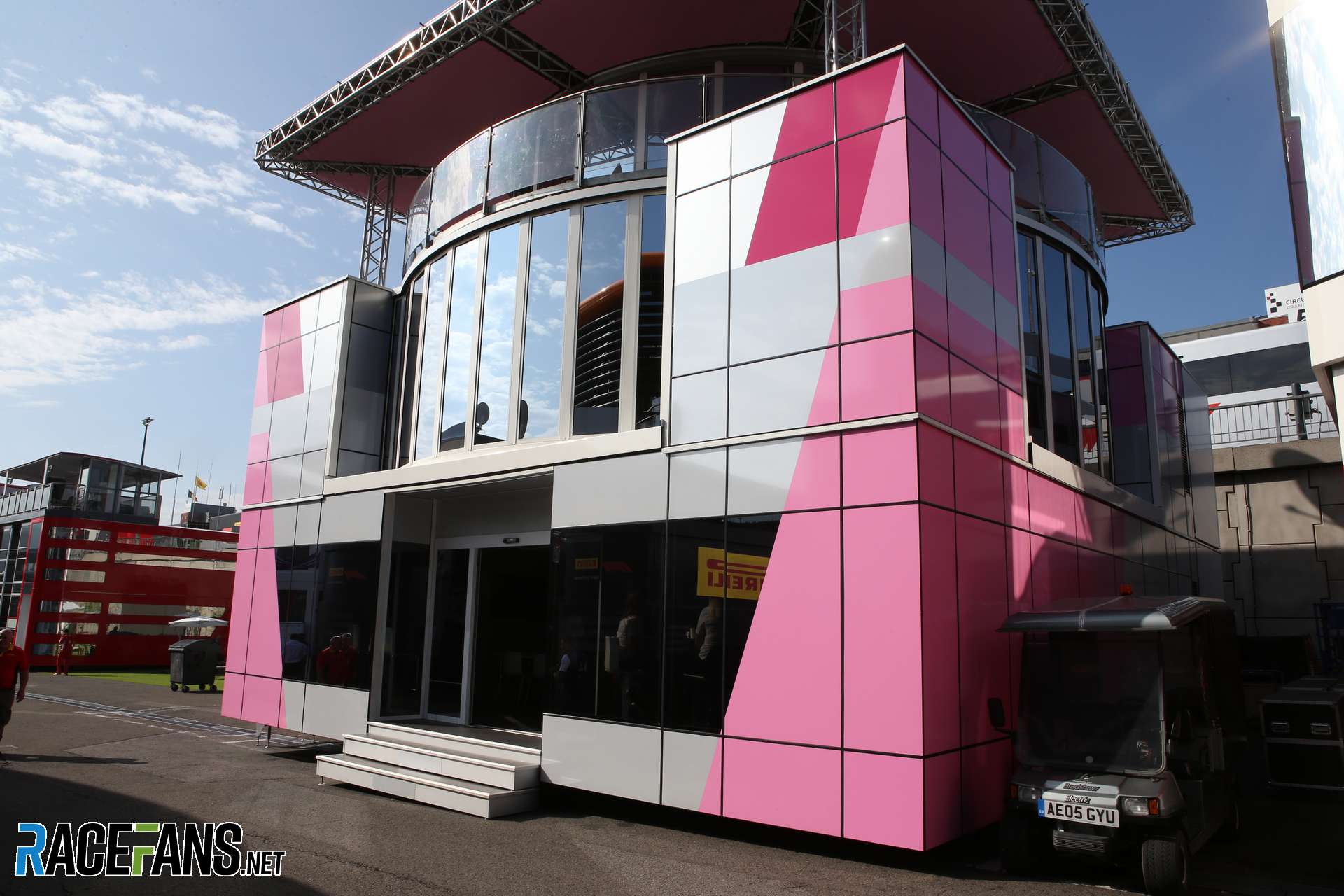 Urgent attempts are being made to permit Force India to enter this weekend’s Belgian Grand Prix despite the team’s ongoing legal problems.

RaceFans revealed yesterday the team’s participation in the race is in doubt following the sale of its assets to a consortium led by Lawrence Stroll. Complications in the team’s legal situation have prevented Stroll from purchasing its entry.

The team is in negotiations to find a solution which will allow it to compete in this weekend’s race. As a short-term measure it could compete under its original entrant title, Sahara Force India F1 Team. If necessary, similar concessions could be put in place for next week’s Italian Grand Prix.

According to well-placed sources, once all issues are resolved the Silverstone-based team could be permitted to enter as a new entity starting from scratch. However, this would mean a resultant loss of all points and benefits accrued in the 2018 FIA Formula 1 constructors’ championship thus far.

This would have further knock-on financial consequences over the next two years as teams are required to score in two of three championship seasons in order to qualify for the full range of commercial benefits.

A key issue at stake is whether the unanimous agreement of all teams is required for a mid-season entrant licence to be granted. The FIA, the sport’s governing body, has refused to comment officially on the situation.

In a separate but related development RaceFans understands the Mazepin consortium and associated company Uralkali could approach the British High Court to investigate the administration process, alleging the “process conducted by the administrator of Force India Formula One Team Limited may not be in the best interests of Force India creditors and stakeholders, and [F1] in general”.

Administrators FRP Advisory has defended the process, insisting “all bidders were given equal opportunity to submit the best deal for Force India.”