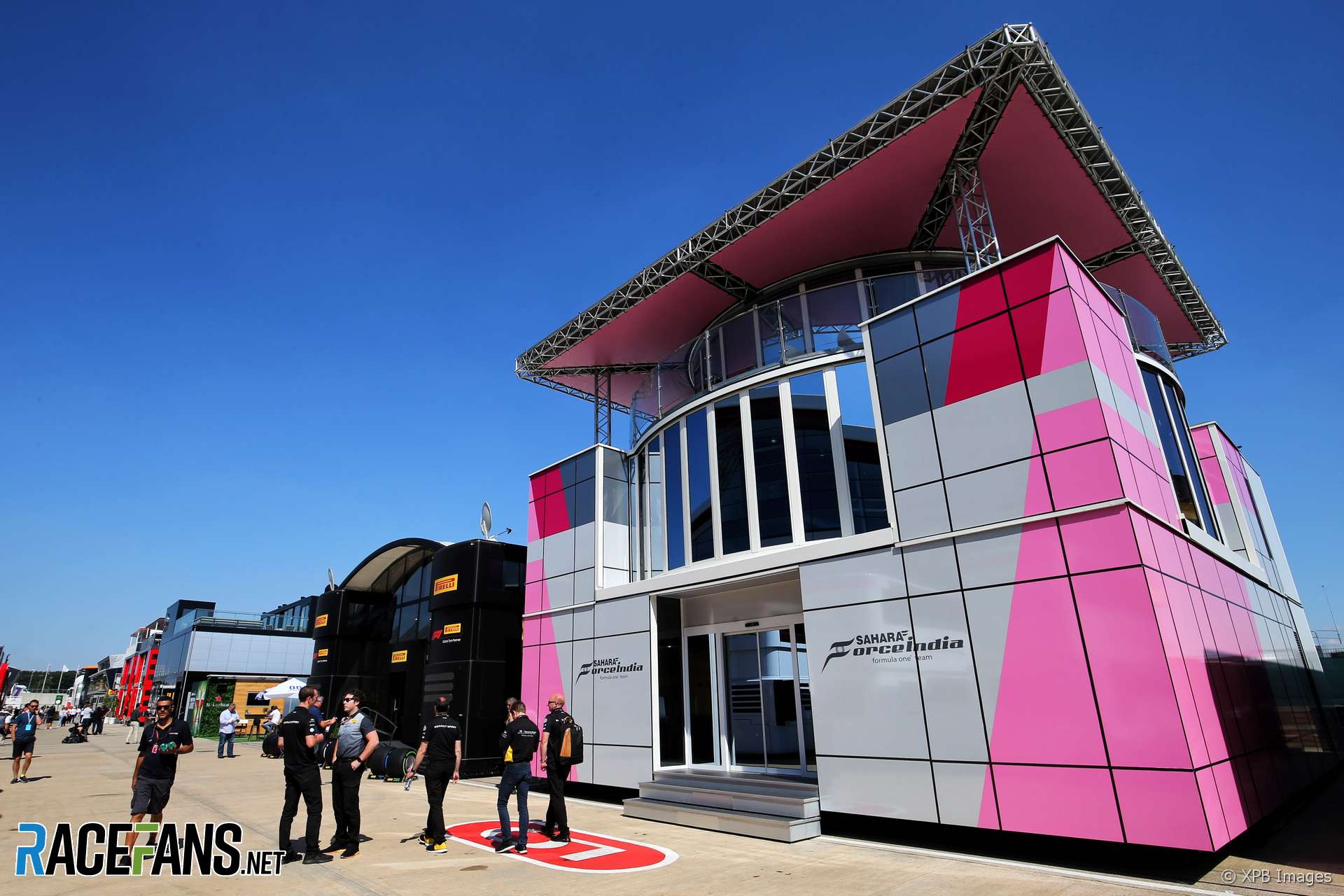 The Force India Formula 1 team may be denied entry for this weekend’s Belgian Grand Prix unless the team’s legal status is clarified, RaceFans has learned.

The team’s operating company, Force India Forms One Team Limited (reg. no. 02417588), went into administration in the run-up to the Hungarian Grand Prix after a company linked to driver Sergio Perez triggered the process over unpaid 2017 monies. FRP Advisory were appointed to administer the team until a buyer could be found.

The administrators were hopeful of saving the team through a sale as a going concern during Formula 1’s summer break, with at least five interested parties said to be interested in acquiring the team.

According to a 7 August statement issued by FRP Advisory a deal to save the team was agreed between the administrators, senior members of the team’s management and a group of investors led by Canadian fashion mogul Lawrence Stroll, father of Williams F1 driver Lance.

However, due to legal issues surrounding the majority shareholders Vijay Mallya and Subrata Roy, who jointly owned 85 per cent of Force India Limited, consent from 13 Indian creditor banks was required to close the sale of the company.

According to sources such consent was not received in time. Therefore the sale was completed on an asset sale basis, and not as a going concern, which means the team must enter and race as a new entity.

In addition, Force India stands to forfeit its accrued share of F1’s revenues unless all teams agree to a concession. Three teams are said to have withheld their approval.

At present Force India Limited holds the entry for Sahara Force India, but has no assets, while the Stroll consortium owns the hardware – including the cars – but has no entry. Unless this situation is resolved the team could be denied entry for this weekend’s grand prix at Spa-Francorchamps. First practice for the race begins in less than 48 hours.

The sport’s governing body, the FIA, is understood to be studying the legal implications of the situation, and is expected to issue a statement.

Another company controlled by Russian oligarch Dmitry Mazepin, one of the unsuccessful bidders for Force India, this week questioned the sale process to Stroll and partners. However, Force India’s latest predicament is not thought to be related to the challenge by Uralkali and would have arisen regardless of buyer.

The team has not issued any media releases since the post-Hungarian Grand Prix test, nor provided any indication as to its management structure. A spokesperson for Force India would not immediately comment on the situation.