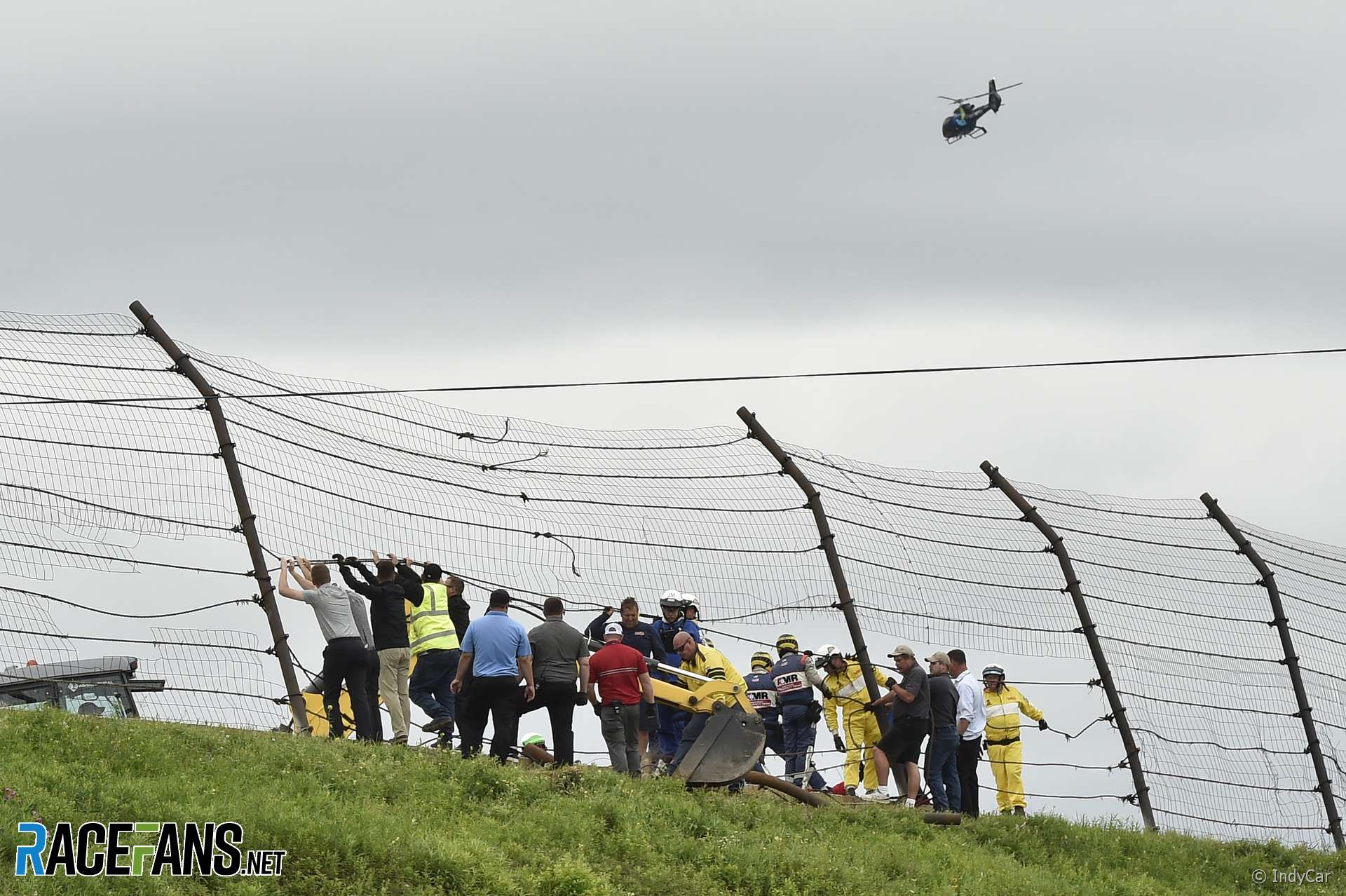 Wickens suffered extensive injuries after his car was launched into the fence behind the barrier at turn two during yesterday’s race.

Tracy, who was part of the NBCSN commentary team during the race, urged the sport to find an alternative to the chain link fencing and posts used to contain accident debris at tracks.

“[I’m] so relieved that Robert Wickens will be OK,” Tracy posted on social media.

“But that again was too close for comfort. It’s long overdue for the racing industry to start looking into a new way of retaining the cars inside the track without poles, fence and cable.

“If it were me I would have much rather gone out of the park! We lost Dan Wheldon. Dario Franchitti and Robert Wickens had [angels] looking down on them.

“But it’s time as a community of racers and fans to push things to a higher level. I know racing is a dangerous game and we know the risks, but it can always be better.”

The race was red-flagged for two hours while a damaged fence post was replaced. Before the restart one driver, Tracy’s former rival Sebastien Bourdais, complained that the repair job was inadequate.

“Kudos to Sebastien Bourdais for saying how it was and having the balls to get back in and have one of his best oval drives ever,” Tracy added.

“Sorry for the rant, I’m just thinking out loud. Let’s all put our thinking caps on for the best solution and most cost-effective one.”