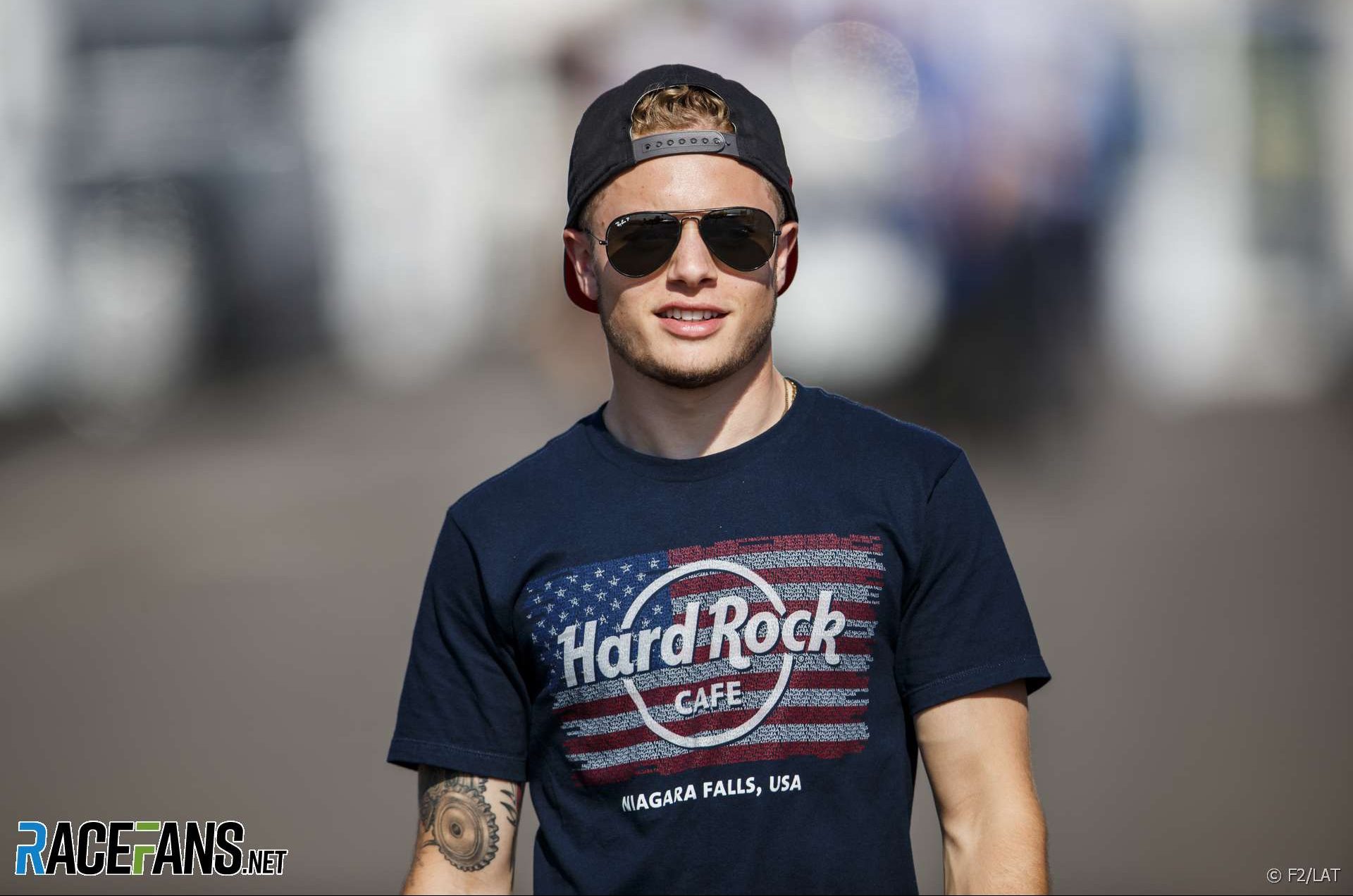 Santino Ferrucci, the former Formula Two driver who was banned for four races following a series of incidents last month, will return to racing in IndyCar later this year.

The 20-year-old, who is also part of Haas’s driver development programme, will return to the Dale Coyne team which he drove for in the double-header round at Detroit in June. Ferrucci will join regular drivers Sebastien Bourdais and Pietro Fittipaldi in an expanded three-car team for the final two races of the season at Portland and Sonoma.

“I am extremely grateful to Dale [Coyne] and everyone at Dale Coyne Racing for giving me this opportunity to get back behind the wheel of an Indy car in Portland and Sonoma,” said Ferrucci.

“I’m also excited to be bringing my long-time sponsor Cly-Del on board and introducing them to the world of IndyCar racing.”

Ferrucci was fired by his Trident F2 team after being banned for colliding with team mate Arjun Maini following the Silverstone sprint race, failing to attend when summoned by the stewards, and being found to have driven on track while holding his mobile phone. Ferrucci later issued an apology for his behaviour.

Ferrucci, who had been denied permission by the championship to run a Donald Trump campaign slogan on his car that weekend, was also accused of treating Maini in an “unsportsmanlike and above all uncivilised” manner by his team.

Trident also accused Ferrucci of failing to meet his payment obligations to the team. “It seems weird that, despite such kind of issues, Santino Ferrucci had the resources needed to enter the Detroit Indy race from June 1st to 3rd while, at the same time, he was not honouring his agreement with Trident Motorsport,” they noted.

However Coyne said his team had been encouraged by Ferrucci’s performance in Detroit. “We were very impressed with Santino at Detroit this year, and not just by his performance behind the wheel, but also by his professionalism and maturity outside of the race car,” said Coyne.

“We’ve had lengthy discussions with Santino in the past few months and we’re excited to have him back for the final two rounds of the season. We look forward to seeing what he will do with this opportunity as he gets back behind the wheel of an IndyCar. We’re also happy to welcome Cly-Del to our ever-growing family of sponsors.”