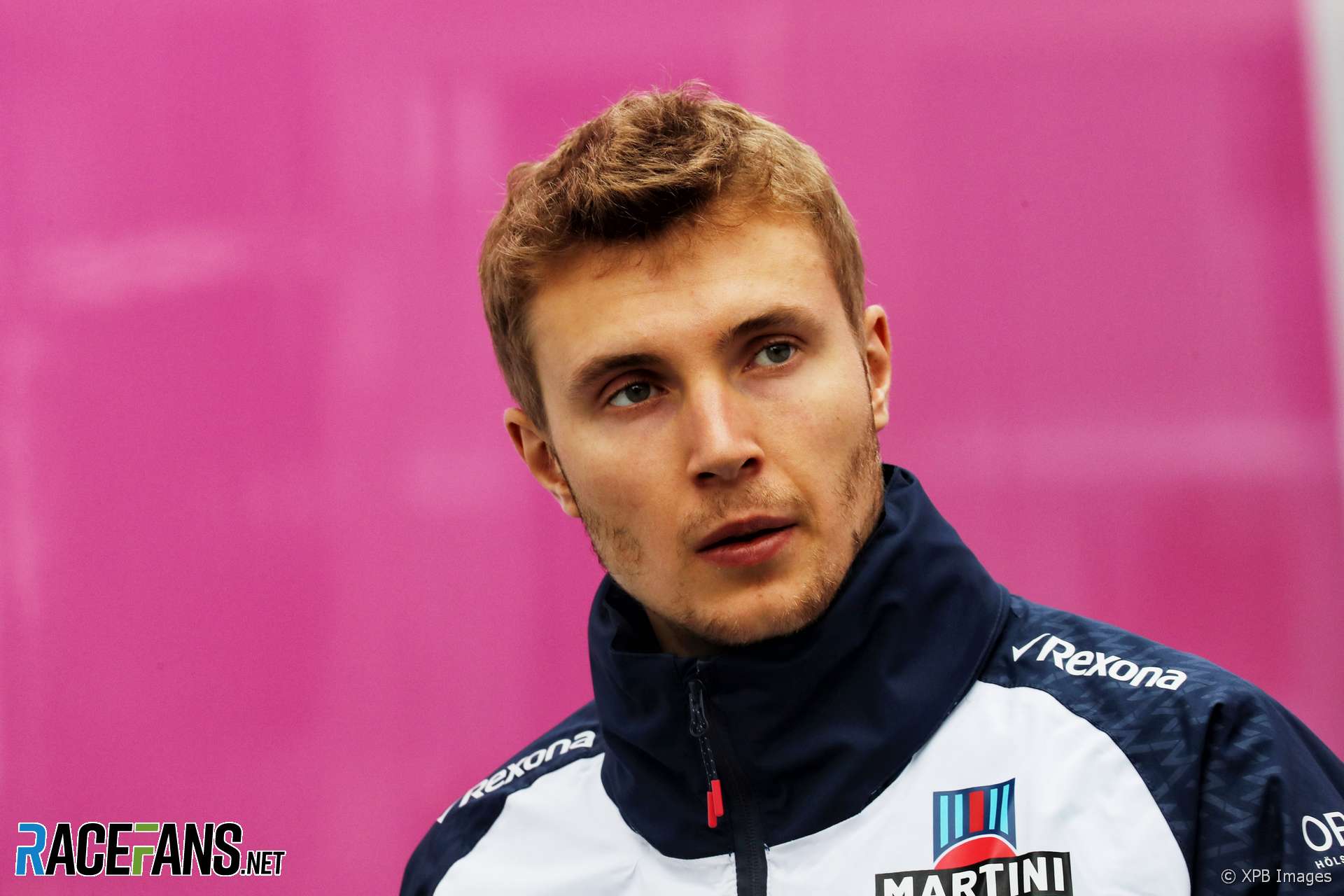 In the round-up: Sergey Sirotkin says he doesn’t regret taking the chance to make his Formula 1 debut with Williams despite the team’s poor start to the season.

Sirotkin was asked whether he would still have chosen to drive for Williams in 2018 if he’d know how hard the season was going to be for them.

At same time it does really give you something extra which not many drivers face in their season. I’m not in the best position to be sitting in front of you saying if I did good or bad. But I’m in a good position to kind of prove something to some people that in a difficult moment, a difficult situation, I can still deliver and be a guy who can pull up the team.

And I do really appreciate taking this position, taking this challenge and responsibility and pay it back with a race like I did [in Hungary] or in Germany.

"Compared to last year, I’ve been doing a lot more testing rather trying to make myself look good by doing a fast lap-time."

Rob Smedley: "We came here to predominately concentrate on 2019 aero specification and we have carried out every single item on the test programme regarding 2019 that we set out to, and some more."

Alan Gow: "We’re going through a very important and exciting time for this great championship, so I’m delighted to now confirm that the BTCC will be introducing hybrid energy as part of our evolution."

Will Force India take Stroll’s money – and what would that mean for the team?

I’ve always been a fan of Force India. True garagistas punching way above their weight time after time with limited resources. I’ve also always felt that they were a cash injection away from being serious contenders, possibly heading the midfield queue and snatching the not-so-odd podium or even the odd race win.

If that cash injection comes conditional with the younger Stroll as lead driver, however (which he would be… it’d basically be his team) then my enthusiasm for this team will follow whichever departing driver out the door, sadly. Lance hasn’t shown me anything that suggests he’s hiding any performance, and his current level is sorely lacking.
Aldoid