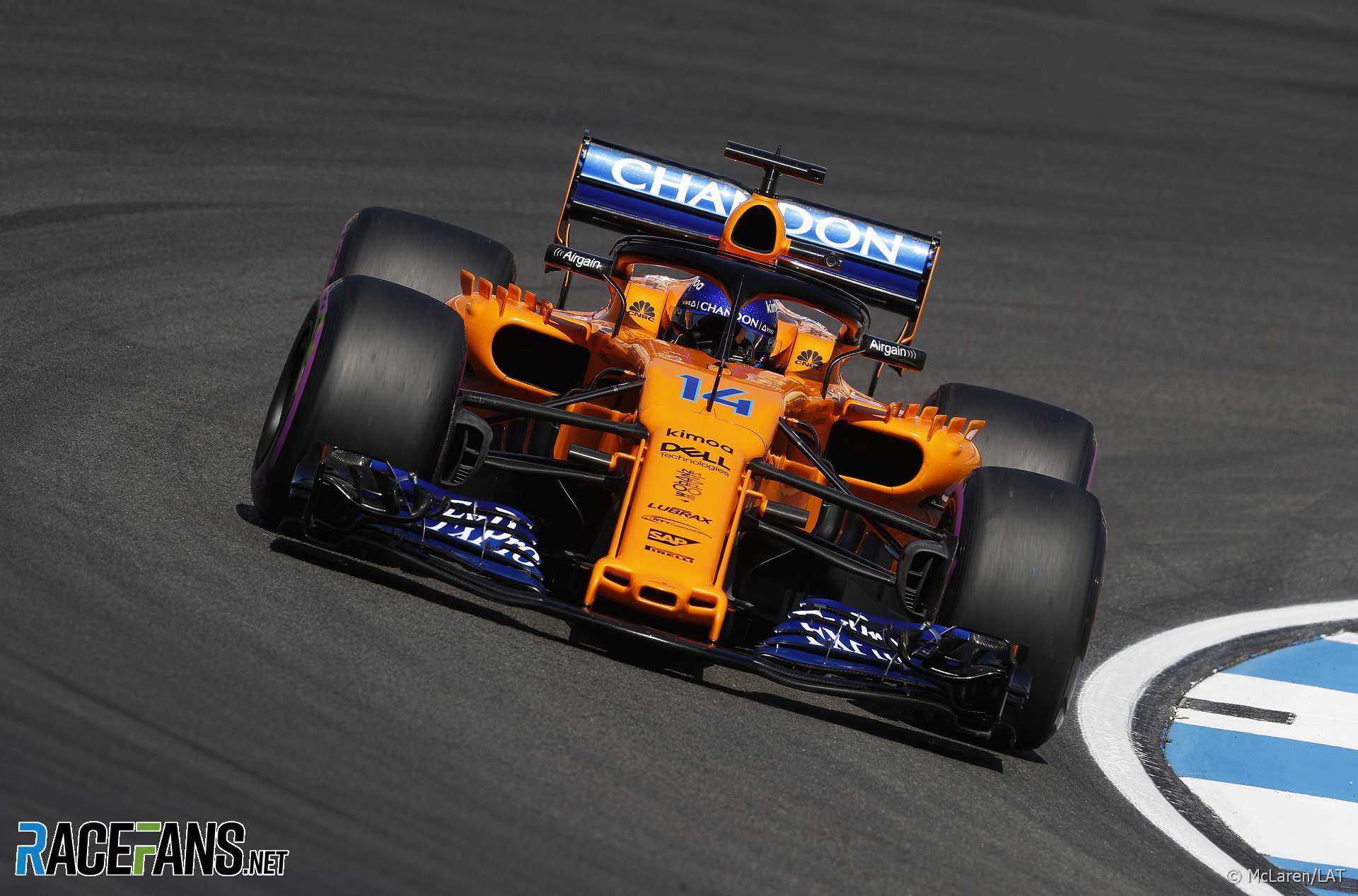 Fernando Alonso says the strong form McLaren has enjoyed at the Hungaroring in recent years won’t be repeated this weekend.

The team enjoyed the best results of its last three-year association with Honda at the Hungaroring. Each year Alonso was the first driver home behind the Mercedes, Ferrari and Red Bull cars. However he predicted their current form will not “change too much” at the track this season.

“In previous years I would say yes, Hungary was one of the circuits that we definitely perform a little bit better and we have more chances,” said Alonso. “This year I think the characteristics we saw in our car, Hungary should be problematic, maybe, some of the sectors.”

Alonso said the current car’s performance doesn’t vary as much from circuit to circuit. He expects the team will be roughly as competitive this weekend as they were at the Hockenheimring, where he qualified 11th.

“It’s going to be quite similar. We were in Canada, Paul Ricard, Austria and Silverstone more or less in exactly the same position with the same performance. The circuits were sometimes opposite like Canada and Silverstone, for example.

“So I don’t think we will see like other years a clear difference between a good circuit and a bad circuit. I think it’s going to be always very tight and it will be down to the new parts and the updates that you bring to that specific grand prix.”

However Alonso said the team is bringing a significant upgrade this weekend which could help it move up the order. “I know there’s a bigger package for Hungary so maybe that is the biggest help, more than the layout.”

40 comments on “Alonso: Hungaroring isn’t a strong track for McLaren any more”