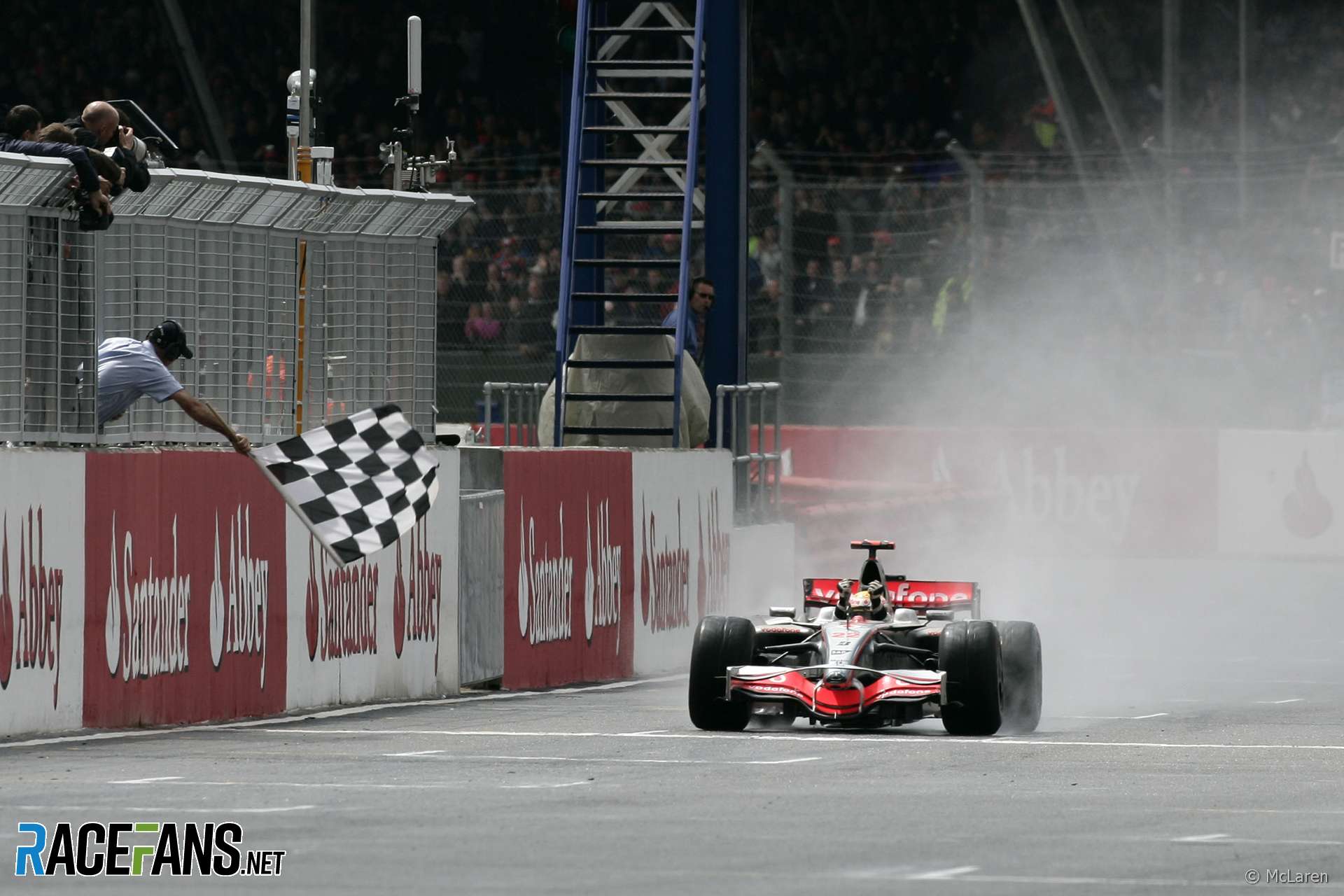 In the round-up: Lewis Hamilton says his victory in the German Grand Prix was even better than his triumph at Silverstone 10 years ago, when he finished over a minute ahead of his closest rival.

Hamilton was asked where his Sunday win ranked among his previous successes:

I feel like I drove the best I can remember driving. I didn’t make any mistakes.

I’ve obviously had a lot of races so there have been other great ones. Silverstone 2008 was pretty great but I went off. It was 99.8. This one I didn’t make any mistakes at all so I was really proud, for sure.

Silverstone marketing its 2019 grand prix saying "it could be our last ever F1 race!"… #F1 #BritishGP pic.twitter.com/QCz3KUvUta

Hockenheimring shame on you, F1 shame on you. Millions dollar business but the fans have to walk trough dirt and sewage during heavy rain and thunderstorm. No help and no guides. Kids were scared and crying.
Last time I went to formula 1. #formule1 #Formula1 #Hockenheimring m

There you go people. This is where F1 is. Sitting next to teammate rival Chris Froome, Tour de France leader Geraint Thomas promises there will be no F1 style team orders finish to the Tour.F1 now a by-word for choreographed (aka fixed) finishes. Reputation down the pan. cont/..

The latest GQ. Purists knock Lewis for his sartorial idiosyncrasy, but they shouldn’t. He’s 1 of the best racing drivers of all time, he’s ‘box office’, & he appeals to demographics that #F1 rarely engages. Can you imagine GQ devoting its cover to any other current ace? Exactly. pic.twitter.com/b2f9kEkJyf

The number 1 team player on the @C4F1 team @benedwardstv is off to bear the elements to get our car so @LeeMcKenzieTV @TomClarksonF1 and I can get to the airport! #GermanGP ⛈⛈💦🏁🏎🇩🇪 pic.twitter.com/4YZcByYOeE

"It’s been a particularly difficult weekend, following the news about President Marchionne and the final result was a long way off what had been expected. But that’s racing and now we just have to fight back immediately from this black Sunday."

"I knew as soon as I got back out there and turn six (the hairpin) was now dry that we’d got it wrong."

"There were people in the paddock who were very quick to criticise Bonnington for that radio call, giving conflicting information to Lewis amid the stress of trying to drive a 1,000-horsepower grand prix car in tricky conditions."

Brundle: Formula 1 at its best in Germany (Sky)

"A very fast car and an over-effective DRS zone making it rather too easy for everybody to overtake on the parabolic run down to the turn six hairpin made the difference."

Cutting through the fog in Miami (Motorsport Week)

"Rumours that the promoter will not be paying for the race are not correct, but it is clear that there is a new structure of financing which is necessary in order to get a race up and running in the US."

"The combined average audience of 2.95 million viewers is the third highest of 2018, only behind Britain and Spain. Compared with the 2016 German round, the average audience is down by around 252,000 viewers, largely a result of Sky’s audience figures dropping."

"The Tour de France thinks it has some solutions to liven up the action: Shorter mountain stages, intermediate bonus sprints, and a Formula One-like grid start."

Would anything really chance if a different tyre manufacturer replaced Pirelli?

I don’t see why everyone is getting so excited about Pirelli getting replaced. It’s not like Pirelli purposefully made cheese tyres – the FIA mandated for them to degrade and have limited life to force pit stops and strategies.

If anyone thinks Michelin or whoever picks up after Pirelli won’t have the same requests they are kidding themselves.

I would hope that if we move away from designed to degrade tyres that Pirelli get the opportunity to showcase their tyres and change a public perception that their tyres are rubbish, it would have to be a very compelling response from Michelin for the FIA to hange manufacturer.
@Captainpie

38 comments on “Hamilton: Hockenheim win was better than Silverstone 2008”