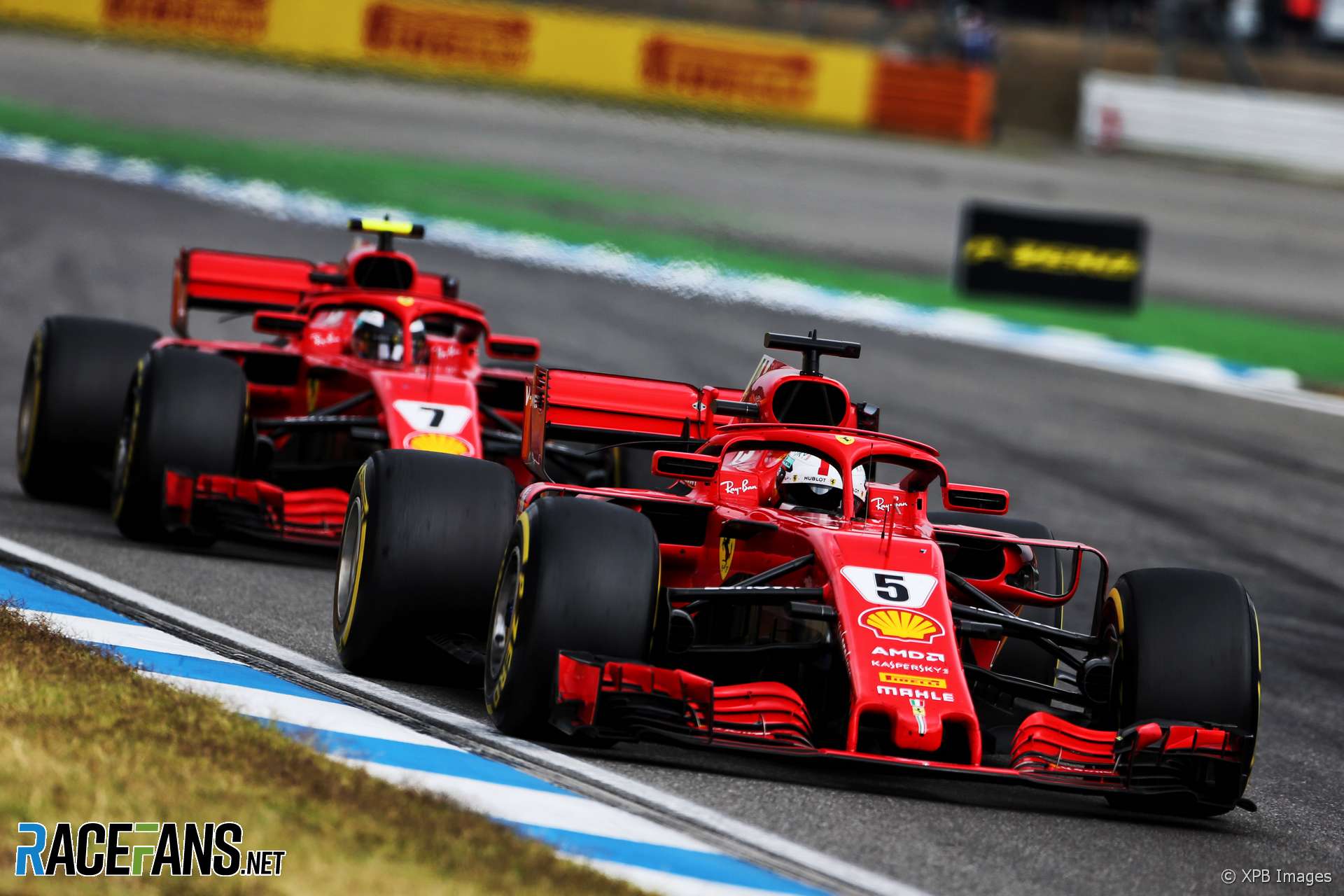 Kimi Raikkonen says he wasn’t clear Ferrari was issuing an instruction to him to let his team mate past during the German Grand Prix.

Raikkonen asked for the order to be clarified before letting Sebastian Vettel through into the lead on lap 39.

“We have certain rules but it wasn’t clear enough,” said Raikkonen.

However Raikkonen, who was likely to need a second pit stop had the race stayed dry, was concerned about losing time by letting Vettel through.

“I had speed and obviously it was a bit in a moment in the race that I wasn’t ideally to stop. That’s what happened.”

The rain which fell later in the race and Vettel’s race meant the change of positions proved academic.

“In the end, it didn’t change an awful lot,” said Raikkonen. “It was a tricky race with the rain and it was pretty slippery in a few places.

“I had a small moment with one of the lappers [backmarkers], the Sauber, under braking and Valtteri got past me, so not an easy race. I’m happy to finish, a bit disappointed, but I’ll take it today and we’ll try next time.”