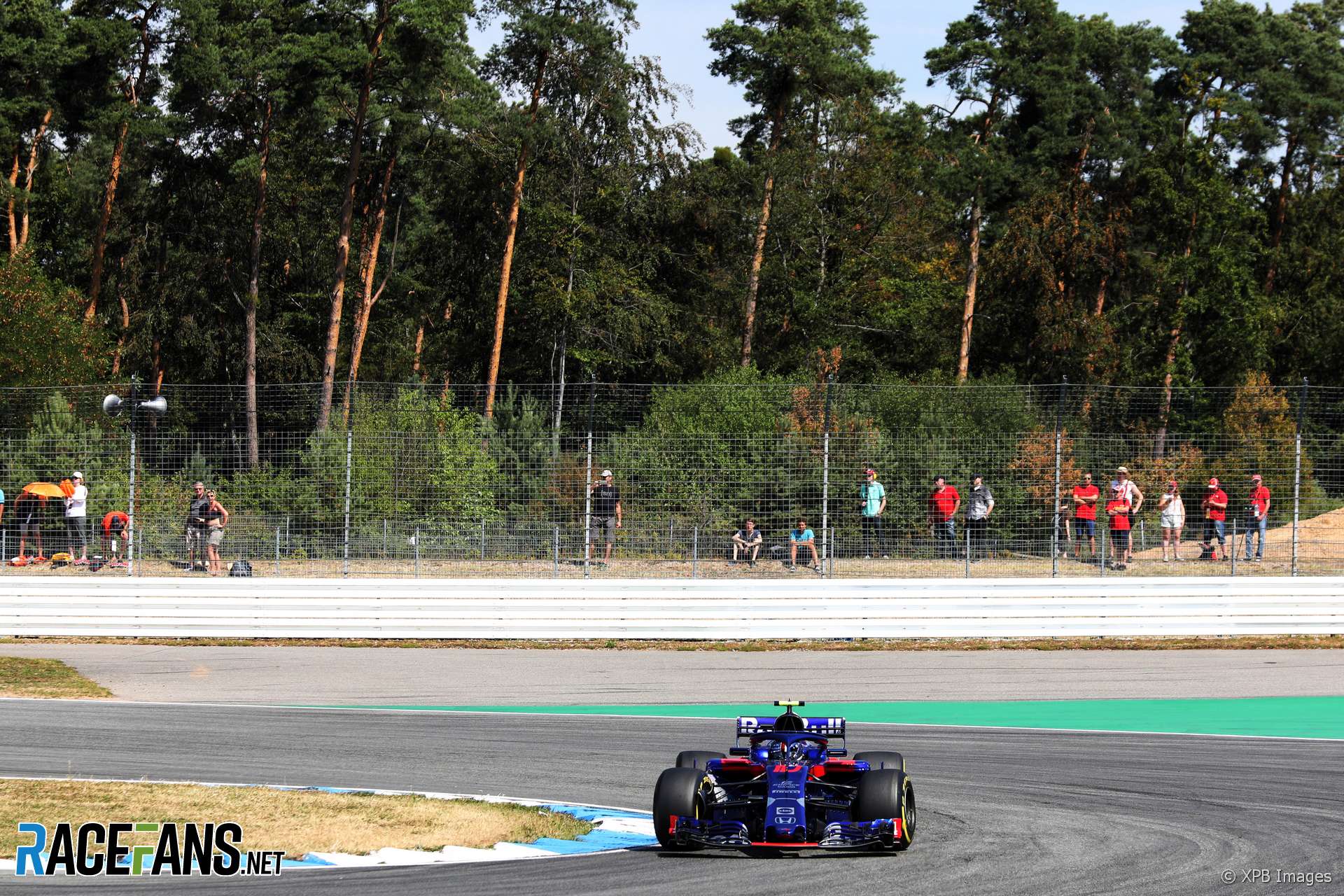 Pierre Gasly will joined Daniel Ricciardo at the back of the grid for the German Grand Prix as the Toro Rosso driver has also changed his power unit.

A complete new Honda power unit has been fitted to Gasly’s car, including his fifth engine, turbocharger and MGU-H, his fourth MGU-K and third energy store and control electronics, all of which exceed his minimum allocation for the season.

Gasly originally qualified 16th for today’s race. His penalty will promote team mate Brendon Hartley to 16th ahead of Lance Stroll and Stoffel Vandoorne. Ricciardo and Gasly will share the back row.