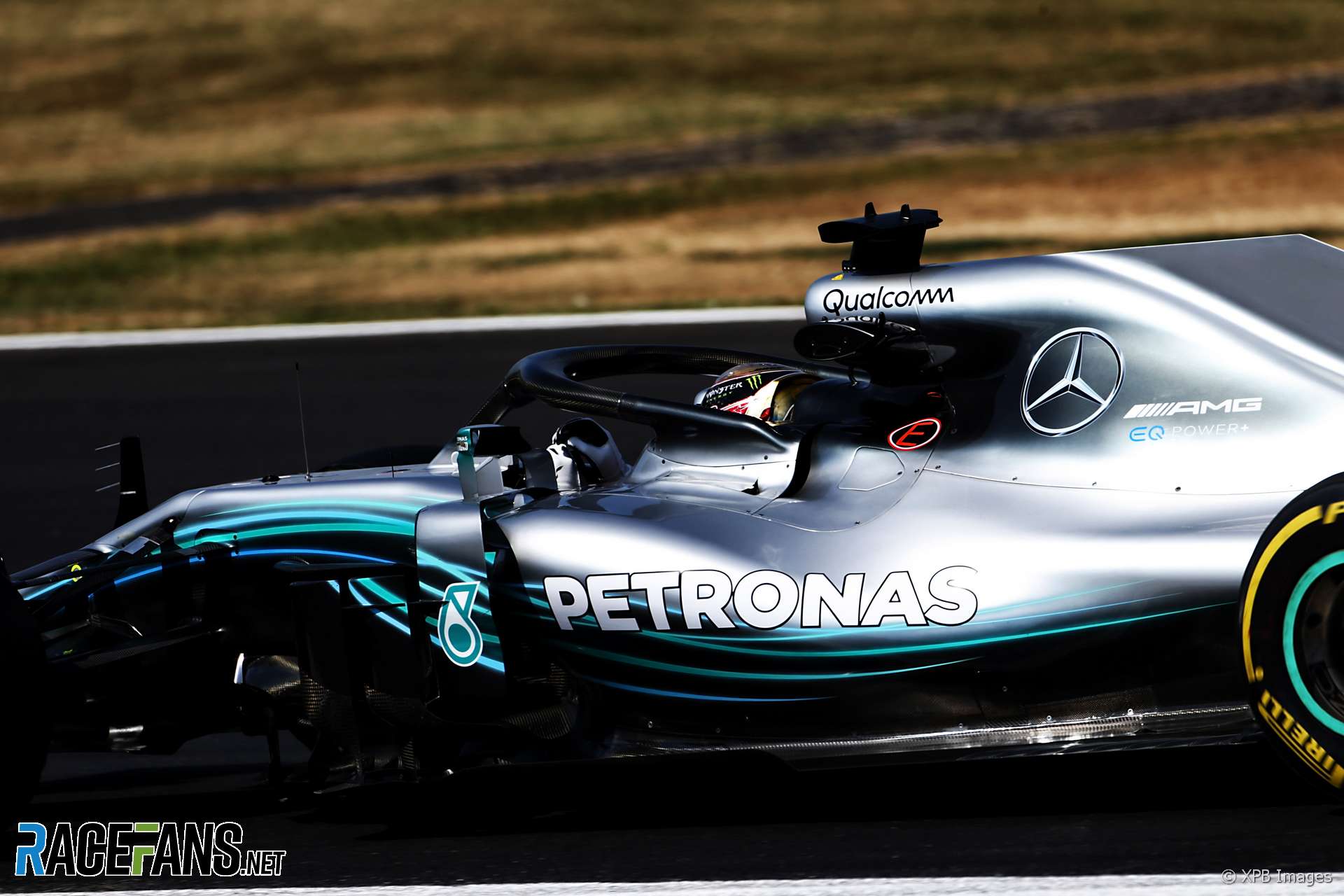 Mercedes is finding more performance from its Formula 1 engine between races without introducing new parts.

As teams are restricted to a maximum of three new power units per car this year, engine components have to last much longer and they are fewer opportunities to introduce upgraded parts.

Mercedes has approached this by running its engines conservatively to begin with in races, while testing more aggressive power unit settings on its dynamometers.

“At the beginning of the season, the team wants to make sure that the power unit runs reliably,” Mercedes explained in a press release ahead of the German Grand Prix. “As the reliability has to be proved on the dyno, we will usually start a little more conservative to have a product that can run the required mileage.

“Once a reliable base has been established, all subsequent long runs of the engine will focus on trying to extract more power. In those runs, the team will be more willing to push the [power unit] a bit harder on the dyno.

“This is a well-calibrated process as we aim to find the exact limits of the [power unit] without overstepping them – but knowing that if we overstep the mark, there is still a proven configuration on the track.”

Mercedes abandoned its plan to introduce a new power unit in time for the Canadian Grand Prix after a problem developed during one of these dyno runs. The upgraded was introduced at the next race in France, but at the following round both drivers retired with technical problems.

That prompted Mercedes to replace the engine, turbocharger, MGU-H and MGU-K on Valtteri Bottas’s car. He will now have to continue using these components until the end of the year to avoid a penalty, which could mean he is unable to fit upgraded parts later in the season.