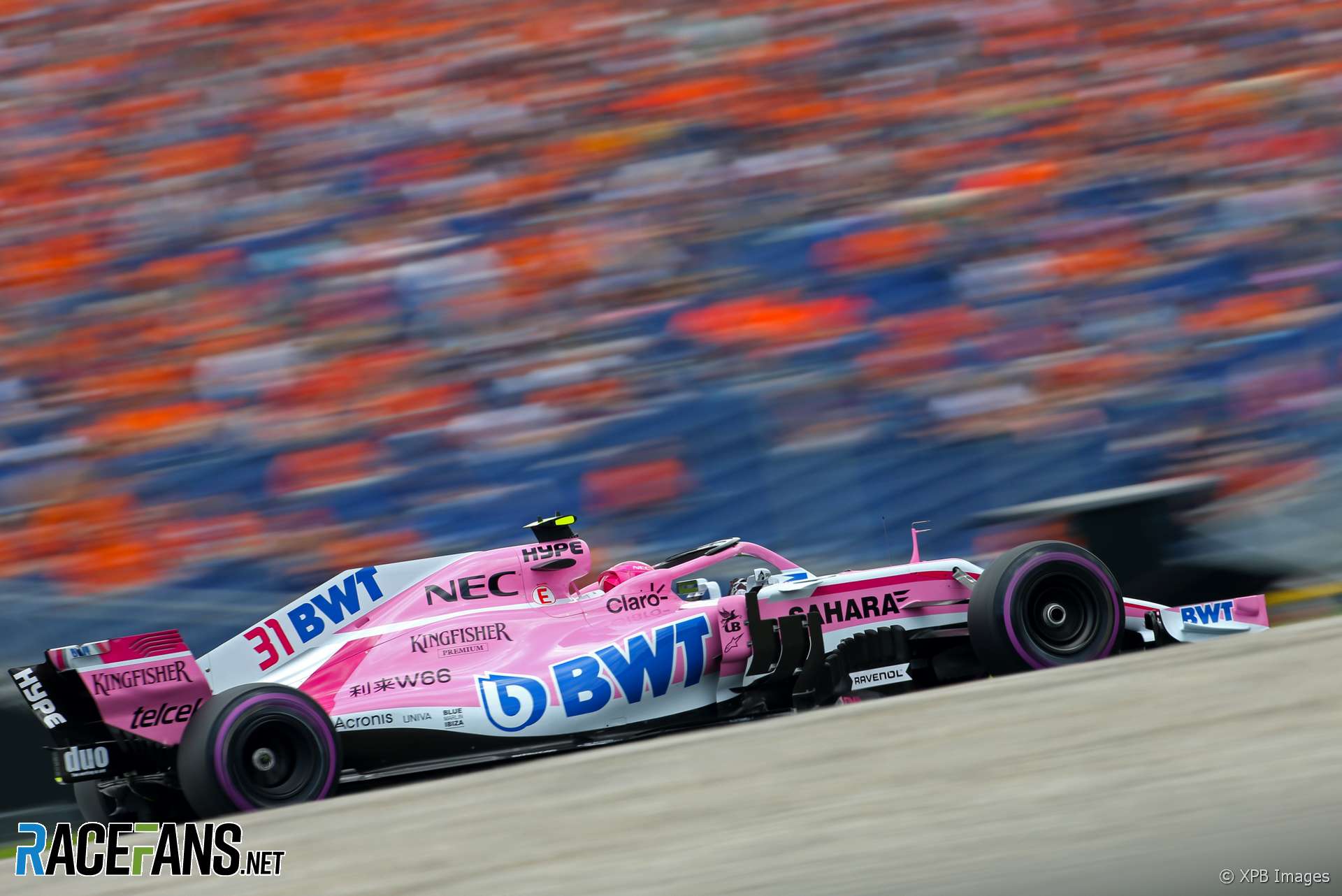 Force India technical director Andrew Green says the team is disappointed that rules changes for the 2019 F1 season mean they will not be able to carry over their VJM11 chassis to next year.

The introduction of Halo this year forced teams to replace their 2017 chassis at the end of last season. But despite new aerodynamic regulations for 2019 some teams were hoping to avoid the cost of having to design a new chassis again.

However Green confirmed Force India will have to start afresh again next year due to another change in the rules for next season.

“Unfortunately there was also a regulation change for fuel,” he said in response to a question from RaceFans. The maximum fuel limit is being raised from 105kg to 110kg next year.

“Mercedes plan to use all that fuel,” Green confirmed. “That’s what we’ve been told, so we have to design the car to suit it.”

“That was disappointing,” he added. “We would have liked to but we can’t.”

The team estimated that redesigning its chassis would increase its costs by a million dollars.

For some of the races but there are races where we are fuel limited.

Force India has already begun work on its new car for next year and intends to bring forward the introduction of any new parts it can use on this year’s car.

“We’ll obviously keep an eye on it and if we see areas that are transferable from next year’s car to this year’s car,” said Green.

“We’ve already started developing next year’s car, we’ll look to bring them to this year’s car if we can if it’s at all feasible. But there’s still a lot more from this car. There’s still upgrades in the pipeline that are going to make it through the season.”