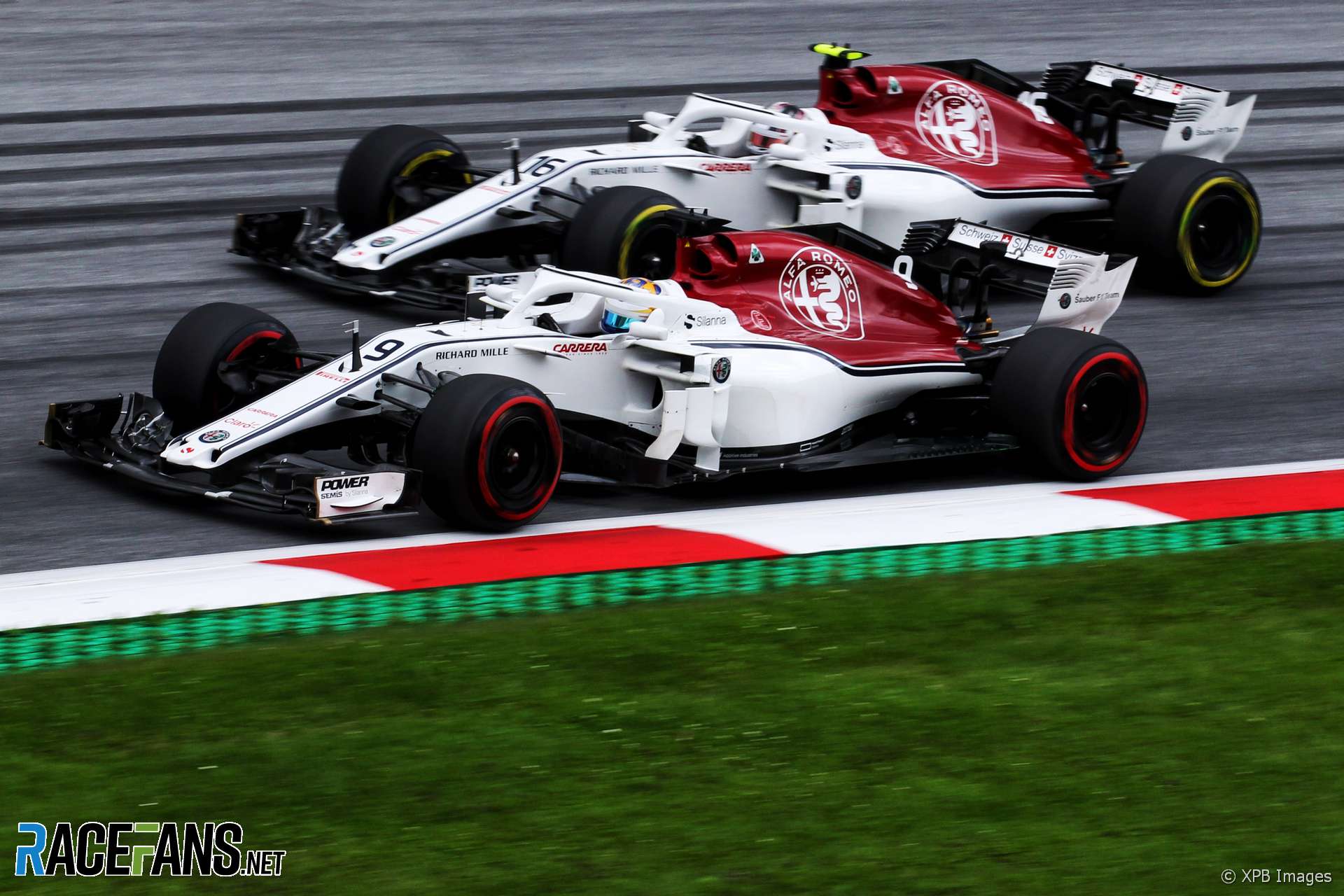 Pierre Gasly is concerned Toro Rosso will be unable to contain the rising threat of Formula 1 rivals Sauber.

Toro Rosso has failed to score points in the last four races while Sauber has had four top 10 finishes. The two are separated by three points in the battle for eighth place.

“Sauber is really fast,” Gasly admitted. “I think it will be really difficult to keep them behind with the pace they have at the moment. They have a strong package.”

“I expect them to score consistently in the points now,” he added.

Gasly believes most of Sauber’s advantage comes from its Ferrari power unit, which Christian Horner rates as the best in F1 at present.

“I think in terms of chassis we are still ahead of them,” said Gasly. “But in terms of the [power unit] package they get from Ferrari, it just makes a huge difference with that.”

With the rest of the midfield so competitive this year, Gasly believes Toro Rosso will have to capitalise on circuits which play to its strengths. “The situation we are in at the moment we need to make sure that the opportunity like we saw in Bahrain and Monaco we are there to score points,” he said.

“In normal conditions at the moment we don’t have the package and the speed to fight there because Haas is really fast, Sauber now is really fast with the Ferrari engine, we saw Force India is doing well, Renault has a really strong package I think with the chassis and the PU.

“[Our] chassis is good but with the engine at the moment we lose too much time. We just need to be there. I think Budapest for example is a track where we could have an opportunity and just in these special places we need to make sure we do everything perfectly to get those few points if we have the possibility.”

21 comments on ““Really fast” Saubers are a threat to Toro Rosso, warns Gasly”