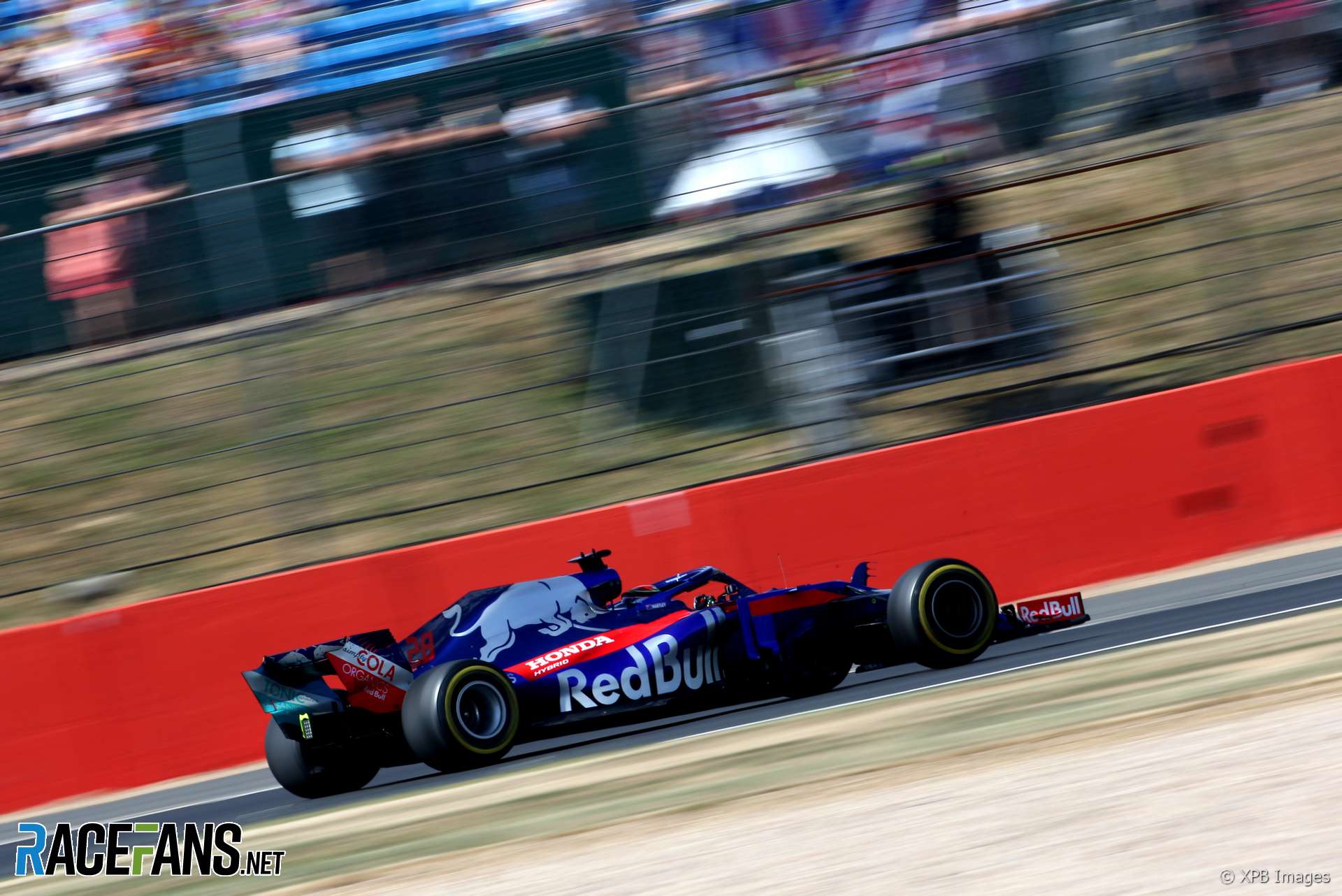 Red Bull’s future Formula 1 engine supplier Honda is at a “very similar” level of performance to their current partner Renault, according to team principal Christian Horner.

During the British Grand Prix weekend Red Bull driver Max Verstappen claimed their power shortfall was costing the team a second per lap on the straights. However Pierre Gasly of Honda-powered sister team Toro Rosso gave a similar estimate of how much time they were losing in a straight line.

Asked by RaceFans if he was concerned their coming switch of engine supplier would not offer an immediate improvement in performance, Horner said he expects Honda to make greater progress than Renault.

“I think that you can see the situation between the engines is very similar at the moment,” he said. “It’s all about the potential development.

“This weekend’s been a very tough weekend for Renault. It just very clearly defines where the level is at. You can’t hide behind the statistics of what we’ve seen this weekend.

“So there is a gap to fill and hopefully in Honda… we have a lot of belief in what they have coming in the pipeline.”

Horner indicated Renault has made little progress in reducing its performance deficit to Mercedes and Ferrari. “We were just hugely exposed today in both defence and attack,” he said.

“You could see at the restart with Kimi [Raikkonen] it was a bit like Mexico 2015 even, the amount of additional power [they had]. At the second restart he had a moment at Stowe yet was still all over Max into turns two and three.

“And unfortunately for Daniel [Ricciardo] he just couldn’t attack Valtteri [Bottas] while having a superior tyre and grip and performance. He just couldn’t, even with the DRS open, was still dropping back.”

Ricciardo is yet to commit to the team for the 2019 F1 season following the announcement they will use Honda engines next year. Horner said he has “explained the rationale behind the changes that we’ve made” to his driver.

“The reality is it’s time for change. We’ve been doing the same thing year after year. We’re seeing real progress with Honda and it just feels the right time in our evolution to be going a different route.”