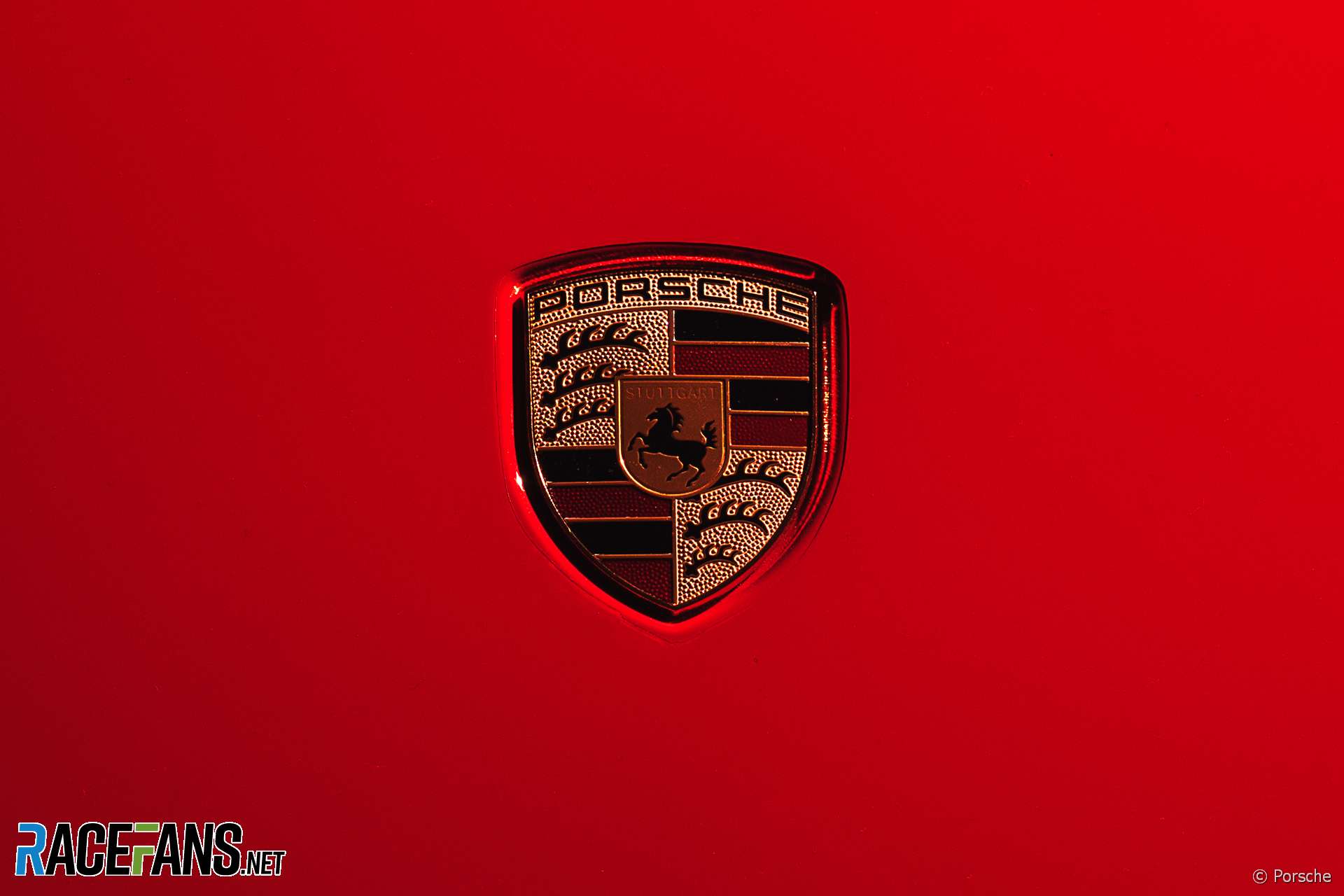 Formula 1 is due to present its planned engine regulations to the Strategy Group later this afternoon. But the sport’s most famous team has been playing for time in discussions with Liberty Media as a major rival is taking serious interest in the championship’s plans for 2021, as @DieterRencken explains.

Although the FIA’s self-imposed deadline of 30 June for the unveiling of Formula 1’s 2021-onwards power train regulations has come and gone, the date was said to have been met internally by an FIA source, who stated that an “enormous of work had gone into them”, and that “they are quite detailed”.

Asked how many manufacturers had participated in the Working Group, he said “Four [the existing quartet of Ferrari, Honda Mercedes and Renault], plus one.” When pushed he admitted that the “one” was VW Group, represented in the form of Dr Donatus Wichelhaus, formerly VW’s Head of Engine Development (Motorsport), and previously co-opted to Porsche, where he consulted on the LMP1 programme.

Wichelhaus moved to Porsche full-time at the end of 2017, and has an impressive engineering pedigree. The US-based Justia website lists a string of patents awarded to him – as far back as 1993 – while various technical papers relating to engineering research have been published under his name. In short, VW/Porsche would hardly designate such an illustrious and high-ranking physicist to an FIA Working Group without serious intent.

This, though, begs the question: If there were just five manufacturers involved, what about Aston Martin, whose CEO Andy Palmer had regularly expressed interest in taking the British brand into F1 under the 2021 regulations, subject to powertrain costs and complexity being massively reduced, possibly via standardised or proprietary components.

Although the FIA has dropped the MGU-H – albeit not without initial push-back from existing suppliers, particularly Mercedes – the costs of supplying F1 power units will still be substantial, and thus it was no surprise that Palmer recently indicated that Aston Martin would not be pursuing the project.

“It doesn’t look like the new regulations will be of interest, sadly,” he said. “Aston was interested [in F1] on the basis that costs would be controlled and that the formula would be one part of an equation that would put control back into the hands of the driver.

“I don’t see the costs coming down far enough with the regulations I’ve heard discussed, and I do see that the opportunity to spend a fortune chasing down a tenth of a second a lap will remain.”

These comments tie in with our source’s contention that only five manufacturers were present at recent meetings. Indeed, during the FIA team principals press conference on Friday in Austria Christian Horner, whose Red Bull team is (title) sponsored by Aston Martin, expressed fears that the post-2021 regulations would be “watered down” when asked to summarise Liberty’s first 500 days as F1 owner.

“I think what’s by far Liberty’s biggest challenge is how to address the future; how to address 2021,” he said in response to a question from RaceFans. “I think the problem, and the risks I see, is if the FIA and the promoter aren’t fully aligned, we end up with compromises and vanilla-type regulations.

“I think there needs to be a real clarity going forward as to what the sport is going to be, what are the regulations going to be, that both parties ultimately have to buy into? Liberty paid $8 billion for this sport. They’ve got to turn it into something that’s even more attractive,” he added.

“Vanilla-type” means different things to different people, but in this case it is clear Horner is concerned that the regulations will stray from the original intention: a superb spectacle week in, week out, facilitated by regulations that create a cost-effective, sustainable Formula 1.

Hence his next comment: “There’s revenue issues that need dealing with. The FIA, as the governing body, they’ve got to be fully aligned with that, and what concerns us is discussions of where things are going with engines, where things are going with chassis regulations. Everything seems to be getting watered down from what the initial concept [was]. I think the next 500 days are going to be very telling, post-2020…”

The word in the Austria paddock was that the engine regulations – in their current state of completion, for there will always be clarifications – will be presented to the Strategy Group scheduled for Wednesday. The key is the word “presented” – not “voted” – for there exist doubts as to whether the Strategy Group, whose mandate expires on 31 January 2020, is empowered to votes on issues that kick in after that date.

The same applies, obviously, to the chassis and sporting regulations – such is the complexity of F1 that three different regulations, each involving different player groups, are required – and while there is more urgency on engine regulations due to longer lead times and commitments required for power units, it is imperative that F1 is not lulled into a false sense of security, then be forced to rush matters as in the past.

Then there are commercial discussions. It is no secret that Liberty needs to reduce its costs, with by far the largest outgoing being the bonuses and revenues paid to teams, making teams payments the obvious starting point.

Reducing payouts is, though, predicated upon a) reducing the costs of competing via budget caps or similar, and b) reducing the bonuses paid to the major teams, with Ferrari, Mercedes, Red Bull Racing, McLaren and Williams receiving annual bonuses varying between £75m and £7m depending upon status.

While all teams pay lip service to costs cuts, the majors are less receptive to having tens of millions wiped off their incomes.

According to one team principal who spoke on account of anonymity, Ferrari president Sergio Marchionne at one stage dug his heels in and simply refused to meet with Liberty. Although he is believed to have had dinner with Liberty CEO Chase Carey recently, our source believes that Marchionne’s strategy is to drag out the talks until it is too late.

“Liberty fears losing Ferrari, so Chase is playing along, but deep down Ferrari fears Porsche, and believes the longer they can drag out the talks, the less likely it is that Porsche will enter F1,” was his (logical) explanation.

When this theory was put to another team boss, his response was “Yes, Marchionne has an agenda, that’s for sure, and he knows how to play hardball.”

Should “vanilla” F1 comes to pass and Ferrari feels compelled to leave, Marchionne may just pull the plug. That is, though, one thing – but, seen from his perspective, why should he open the door (prematurely) for the only market competitor Ferrari truly fears?

Aston Martin is one thing, but Porsche is a completely different animal entirely – despite the Stuttgart and Maranello marques both having rampant stallions in their logos…

Let us assume a Porsche entry is on the cards – does the company enter as team owner or as engine supplier? Both options have further multiple choices: as team owner Porsche could elect to build its team from scratch, either basing it on its existing (Le Mans- and WEC-winning infrastructure), or go for a turn-key project.

Whichever way it may go demands clarity on engine, chassis, sporting and commercial structures. And demands it ASAP, if not yesterday.

Another alternative is to acquire an existing team – there are plenty about, some more suitable than others. Whichever team is settled upon, it would require upgrading to match Porsche’s aspirations, and, again, that takes time and money.

Thus, any delays in agreeing commercial terms plays into the hands of existing entrants, particularly those who see a Porsche F1 entry as a very real threat in terms of performance and status.

Should Porsche, though, elect to stick to the engine supply route it equally faces options: supply a team(s) on a customer basis and/or enter into a “works” agreement with a major.

Here, too, Porsche requires clarity on commercial matters such as whether Liberty will subsidise engines suppliers as previously mooted. Equally, Porsche needs to gauge whether teams have sufficient income to cover engine lease bills.

By the same token, F1 needs to attract at last two new teams to insure against natural attrition. During its 68-year history, F1 has lost an average of a team per year – yet since 2010 “only” three teams have disappeared.

More than a few are, though, hanging on by their fingernails hoping for the tide to change in 2021, and F1 needs to attract newcomers to ensure healthy, competitive grids.

The issue, though, is who pays them? The current revenue structure pays to tenth place; with ten teams on the grid, conveniently all entrants receive slices to larger or lesser degrees.

However, assume one or two newcomers are attracted by Liberty’s post-2021 vision – and the FIA approves applicant(s) it/them as it did with Haas – that would make more teams than currently catered for by the prevailing payment structure. Saliently: what if Porsche is one of the newcomers?

Under those circumstances, should the money pot be divided by 11 or 12 as the case may be, or should up to two teams be left in the financial wilderness to go under? The obvious answer is that Liberty should increase the size of pot to cater for the expanded grid, but the reality is that the commercial rights holder is under pressure to increase share price, and additional outgoings hit returns.

Equally, one simply cannot imagine a Ferrari or Mercedes willingly forfeiting a portion of its (already reduced) income to cater for a newcomer, be it Porsche or some dreaming entrepreneur. Yet the alternative is for F1 to attract no new teams, and that will ultimately prove suicidal for the sport. Imagine F1 2018 without Haas and only nine teams…

The bottom line is that F1 simply cannot afford to rest on its laurels after presenting the 2021 engine regulations in London, possibly even as you read this. True, finalising them would represent a major step in the direction, but it would still be only a single step in a multi-faceted journey.

In 2010, after he returned to F1 as team owner in the wake of BMW’s withdrawal from F1, I asked Peter Sauber what had changed most in the three years he had been away from the sport.

He answered by telling me what had not changed: “Formula 1’s inability to take a decision until it’s too late, and then we’re invariably forced into the worst possible compromise.”

Is history about to repeat itself, all because Liberty is afraid of losing Ferrari, and Ferrari is afraid of going up against Porsche?

77 comments on “Liberty fears losing Ferrari: But what does Ferrari fear?”