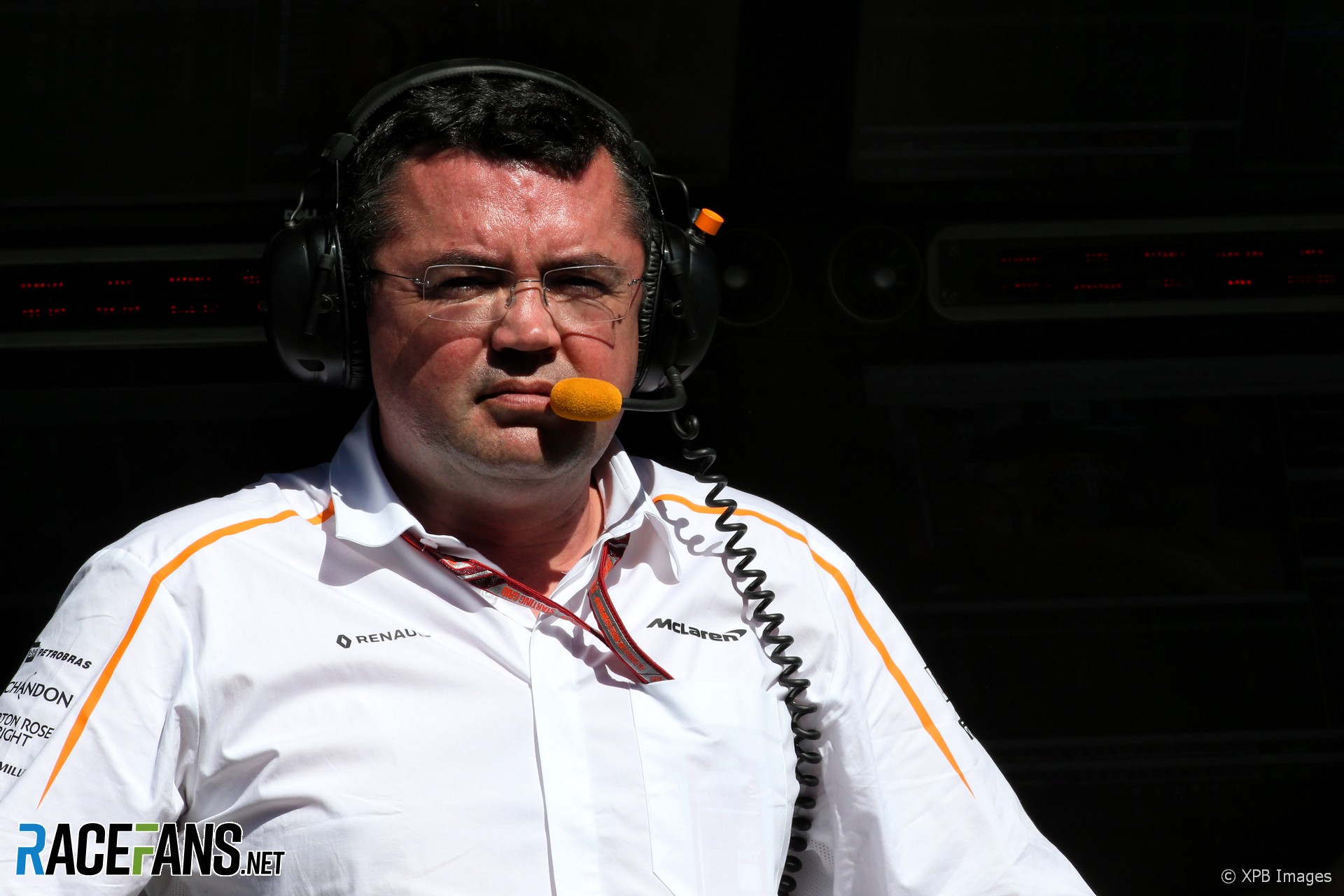 McLaren has announced the resignation of racing director Eric Boullier following the Formula 1 team’s poor start to the 2018 season.

McLaren Racing CEO Zak Brown, who accepted Boullier’s resignation yesterday, said the performance of the team’s car this year “has not met the expectations of anyone at McLaren, especially our loyal fans.”

“This is not the fault of the hundreds of committed and hard-working men and women at McLaren. The causes are systemic and structural, which require major change from within.”

The team split from engine supplier Honda, whose power units it repeatedly blamed for three years of poor performances, at the end of last season. The team took on a Renault customer engine deal this year but is lagging behind both the Renault works team and fellow Renault customers Red Bull.

“With today’s announcement, we start to address those issues head on and take the first step on our road to recovery,” Brown added.

“I would like to take this opportunity on behalf of the entire team to thank Eric for his service and contribution to McLaren and wish him well in his future endeavours.”

Boullier had been under increased pressure following comments made by an anonymous McLaren employee to a newspaper which claimed there was a “toxic atmosphere” in the team. Pressed on the matter during the French Grand Prix two weeks ago, Boullier said at the time he would not retire.

Boullier joined the team from Lotus at the beginning of 2014. He said he is “very proud to have worked with such a brilliant team over the past four years, but I recognise now is the right time for me to step down.”

“I want to wish everyone at McLaren the best for the remainder of the season and for the future,” he added.

McLaren said a “simplified” technical leadership had been put in place following his departure. IndyCar champion and Indianapolis 500 winner Gil de Ferran, who was sporting director of former F1 team BAR between 2005 and 2007, has been appointed as McLaren’s new sporting director.