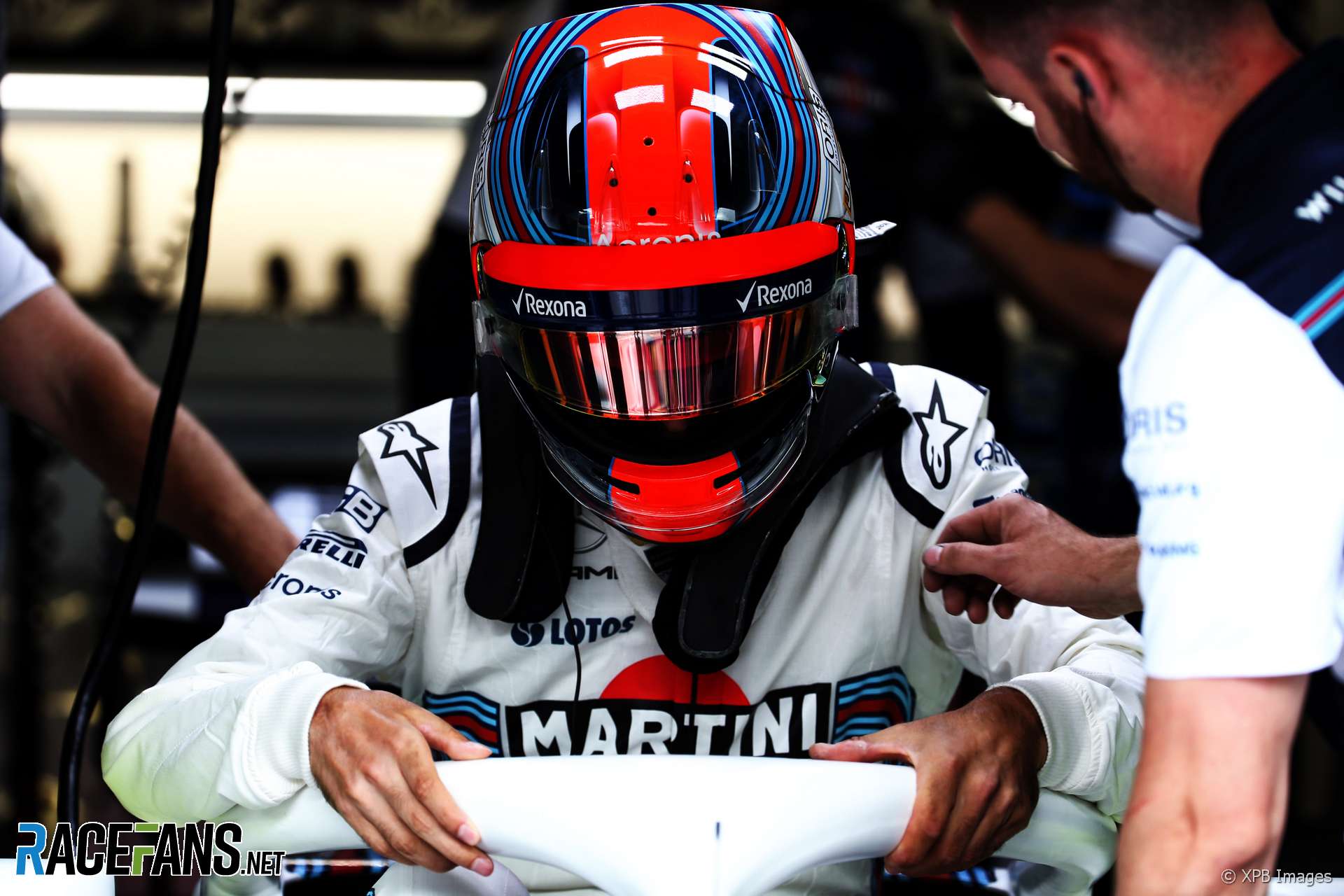 Robert Kubica believes there are only a few Formula 1 teams he might find a race seat at for next season.

The 33-year-old missed out on a return to racing in F1 this year when Williams passed him over in favour of Sergey Sirotkin. Kubica told RaceFans his desire to race “hasn’t changed since the end of last year.”

However he said his options for racing in F1 in 2019 are not likely to become clear until other drivers have taken their place on the grid.

“For sure the situation is different. November last year there was only one seat free which is Williams. Now it’s more seats, more teams which might change the drivers or not.

“So it’s not that because we are sitting here [at Williams] I’m [only] targeting to be on the grid with Williams. My target is to be in the grid and then we will see. Of course realistically speaking there are not many teams I can realistically end up with or talk with.”

Kubica, who drove the Williams in practice today, said the team’s poor performance this year would not discourage him from racing for them next season.

“Otherwise nobody would be willing to drive if they think you’re weak in this team. And I think if you ask everybody in the paddock who wants to come to Formula 1 they will still sign for Williams. And it’s not because they are desperate to drive, but [because] anything can change.

“This team I think has potential and shown in the past that they can do a good job and deliver a good car and I don’t think that in a couple of months all the people becaome not capable of doing it. Of course there are things to be sorted but this we keep internally. As every team in the paddock, you can always improve.”