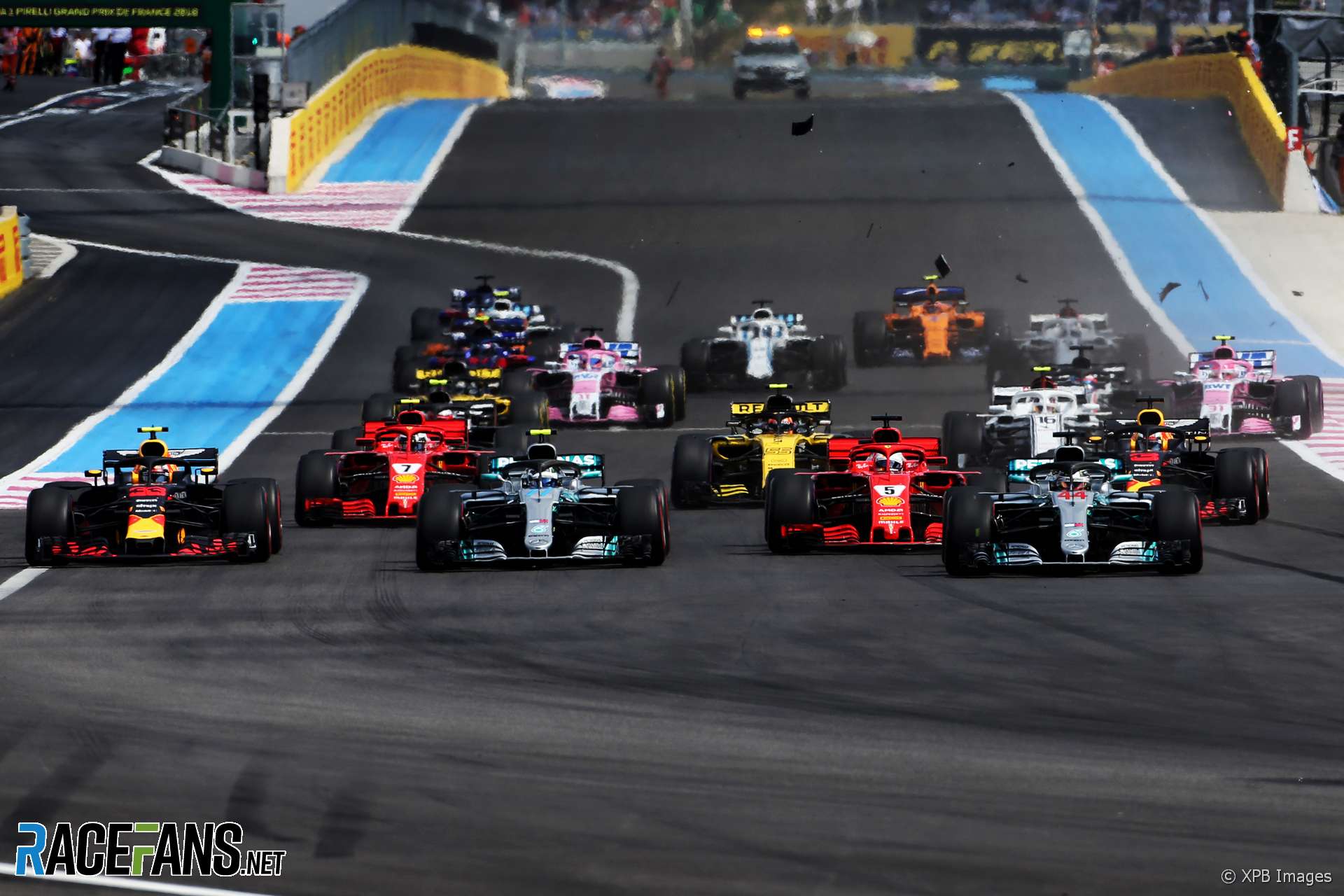 Lewis Hamilton took an unchallenged victory in the French Grand Prix after his two closest rivals at the start collided at the first corner.

His Mercedes team mate Valtteri Bottas was knocked into a spin by Sebastian Vettel in a chaotic opening lap at Paul Ricard. Both had to pit for repairs and Vettel later received a five-second time penalty for causing the collision.

Another first-lap collision eliminated home drivers Pierre Gasly and Esteban Ocon, the latter being hit by the Toro Rosso driver at turn four. The Safety Car apeared while the stranded cars were recovered, which gave Vettel and Bottas the chance to recover lost ground.

Their chances of a podium finish were gone, however. Max Verstappen moved up to second place, followed by Carlos Sainz Jnr, though the Renault driver was soon demoted by the other Red Bull. But while Verstappen kept his second place at the finish, Kimi Raikkonen passed Daniel Ricciardo for third place in the DRS zone approaching the Mistral chicane.

Vettel recovered to finish fifth place, with enough of a margin in hand over Kevin Magnussen that his five-second time penalty didn’t cost him a position. Bottas closed on the Haas driver on the final lap but had to settle for seventh place.

Both Renaults finished in the points at their home race, led by Sainz. The final point went to Charles Leclerc, a reward for his firm but fair defending against an unimpressed Romain Grosjean.

After losing Ocon on the first lap of the race, Force India’s misery was capped when Sergio Perez became the race’s third and final retirement. Lance Stroll was classified 17th despite his race ending with an alarming high-speed off at Signes when his front-left tyre failed.